The export of Brazilian sweet potatoes to Europe decreased around 25% in volume, during the first semester of 2022 with 150 containers shipped compared to the same period of 2021 with 201 containers exported. “This is due to quality issues at outsourced pack houses, and a limited variety of sweet potatoes on offer leading to the concentration of a few Dutch importers who imported less as a result from Brazil,” says Gideao Guilherme, CEO and Sales Manager of packers and exporting company Fresh Quality in Brazil.

On the right, Gideao Guilherme, of Fresh Quality in Brazil

“Almost all of Brazil’s production of sweet potatoes is of the red skin and white flesh variety. Growers who increased their crop of purple flesh, were not able to sell their whole production, since there is not enough consumption in the internal market and there was no demand from the European market either, which is the most important destination for Brazilian sweet potatoes,” explains Guilherme. 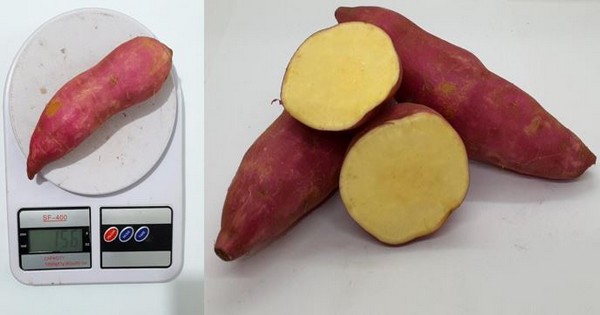 He listed other reasons for the export decrease: “Quality issues have affected the exporters who outsource packing house services. Production and logistic costs for sweet potato are increasing in Brazil. Concentration of exports in only a few Dutch importers, who reduced their Brazilian sweet potato imports by 20% compared to the same period of last year.”

Fresh Quality is an exporter with a main office and 1 000 square meter pack house, with multiple cold chambers, based in the state of São Paulo, Brazil. They source an assortment of fresh fruits and vegetables from the best producing regions across the country.

Some of the solutions Guilherme is proposing for Brazil’s sweet potatoes industry to increase exports include: “Exporters should aim to diversify importers and varieties, such as the orange flesh (Covington) and purple flesh. Development of the European market for the red skin / white flesh variety, which is still a niche segment in Europe, as it once was in Brazil.”