"Large retailers may see plums as a good alternative, given the shortage of stone fruit"

The stone fruit from the Spanish region of Extremadura has started reaching the markets, as the harvests have kicked off in the province of Badajoz. This year, due to a colder than usual end of winter and beginning of spring, the campaign is starting between 5 and 10 days late, depending on the production areas, although the sudden rise in temperatures in May is accelerating the ripening of the fruit in the field. 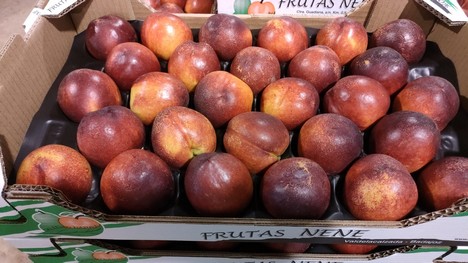 "Two weeks ago we started harvesting the first nectarines and this week we are already harvesting peaches," says Maximiliano González, of the sales department of Frutas Nene, based in Valdecalzada, Badajoz. "Good volumes of nectarines and peaches are expected and, so far, we are very satisfied with how sales are going. The fact that there is less production in the northern area of Murcia, with which Badajoz usually overlaps, and which has been more affected by frost and hail, is allowing prices to start higher than usual." 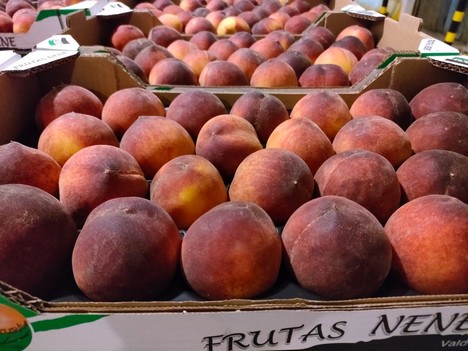 As for plums, the main product in terms of volume for this company and, in general, for Extremadura (which is Spain's largest producer), the harvest started last week with the yellow-fleshed black variety Early Queen, with good price levels. 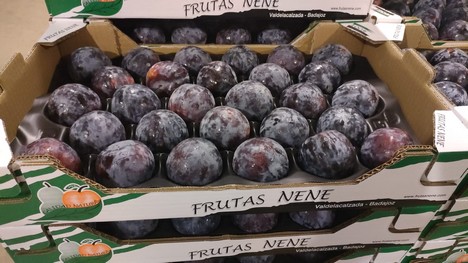 "We expect a somewhat lower production than last season. There are also fewer plums in the rest of the producing areas, such as Valencia, Murcia, Catalonia and Aragon, due to the influence of the weather," said Maximiliano Gonzalez. "It looks like France and Italy will also have fewer plums. In general, there will be a smaller production of yellow plums, especially the Golde Globe, and although there isn't a very high demand for these, the prices of other varieties are expected to be affected. It seems that the production of the Back Splendor variety, which we will soon start harvesting, has also dropped in Seville, whose season usually overlaps with ours."

"It is worth recalling that the trend of pulling up plum plantations of black varieties that are less valued and which cause some oversupply in July continues in Badajoz. Many growers are obtaining better results with nectarines and flat peaches after suffering for more than 10 seasons with plums, so in the coming years, more plums will likely be replaced with these products. The industry is looking for varieties that do not overlap in the harvest calendar and that meet consumer expectations. In the meantime, varieties such as the Black Splendor, yellow varieties in general, the Fortuna, Leticia, Larry Ann or the Angeleno, continue to do well," says Maximiliano Gonzalez. 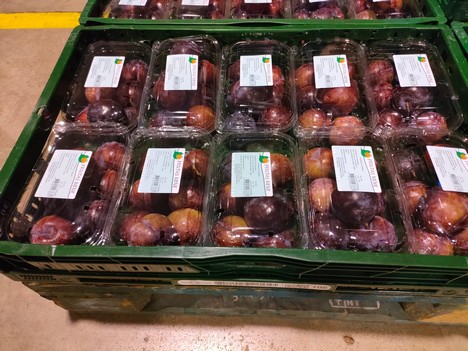 The lower supply of apricots, peaches and nectarines in general in Spain also means that, in the opinion of the grower and exporter, the prospects are better for plums. "Large retailers can see plums as a good alternative, given the shortage of stone fruit. Faced with a gap in the supply, supermarkets could bet more on plums in the summer fruit category. I am confident that prices will remain higher and more stable this season and that the curve will be flatter, with smaller price drops compared to other years in the periods of greater supply, and with an upward trend from July onwards."

It should not be forgotten, however, that production costs have skyrocketed across the entire chain, with increases in the cost of packing materials, fuel, energy, transportation or labor. Frutas Nene, like other companies in Extremadura, ships part of its plums to markets outside the EU, something that has become more difficult due to the high container freight costs. The price of containers has more than tripled and it will be much more expensive to export to Latin American, Middle Eastern or Asian countries, although for the time being, most of our customers in these destinations seem to be willing to pay more for the fruit.