California navel crop projected to be down 14 percent this season

The initial 2021-22 California navel orange forecast is 70.0 million cartons, down 14 percent from the previous year according to the results of the 2021-22 Navel Orange Objective Measurement (O.M.) Survey, which was conducted from June 15 to September 1, 2021.

Keith Wilson of Cecelia Packing Corporation in Orange Cove, CA notes that there is a combination of factors contributing to the smaller crop outlook. “The summer heat has been excessive this year. We’ve had a record number of days over 100 degrees this summer,” he says. “The way that the navel crop packed out last year, we had quite a bit of fruit on the tree during the bloom time. When you have a fruit load on the tree and the tree is trying to bloom, you don’t tend to have success retaining the new bloom. And that’s exactly what happened.”

Adding to these factors is also the drought that California has been experiencing. For some growers lack of rain has led to dry wells. “That’s a real concern this year. We badly need a wet winter to help us replenish the ground water and to help size the fruit,” says Wilson. 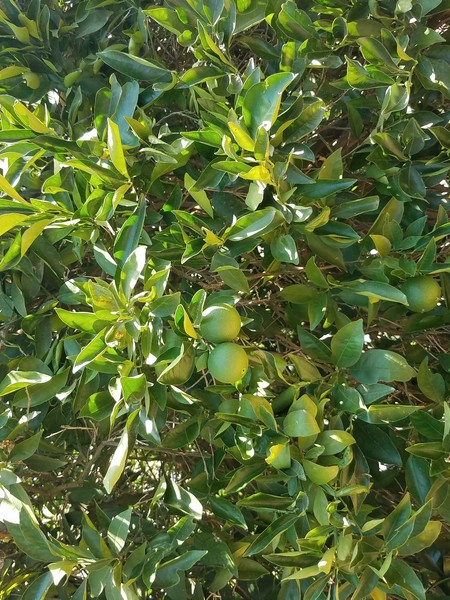 Delayed start
Along with the lower forecast, there also may be a slightly later start to the season. “My estimate is 4-5 days behind last year,” says Wilson. “When you have a lighter crop, you’re not as anxious to get started. The first month or so we have to sweat the fruit when we bring it in to turn color so the longer you wait, the better it is to get closer to a natural color situation.” At the same time, the delayed start may also help avoid any potential gap in supply this season.

In general, this year’s crop looks similar to the 2017-2018 state crop. “They are anticipating quite a bit of fruit growth because if you look at that report, the tree count is actually off 25 percent. They’re expecting some of that fruit will grow with rain and irrigation,” says Wilson.

The import factor
At the same time, it’s anticipated that the crop will meet strong demand. “The biggest unknown is how the market will be affected by any holdover imported crop,” he says. What could also play into this equation is the disrupted supply chain right now with delays in ports in unloading fruit. “It remains to be seen how that will play out. If they’re unable to change that situation and the fruit continues to languish in the harbor before it’s unloaded, it doesn’t speak well to the quality of the imported product we’ll be competing with,” he says.

Domestically, other citrus fruit such as California mandarins, also look to be seeing a lighter crop this season meaning it won’t be making up for the drop in navels.

Also, like that 2017-2018 season, pricing will likely be up. “In that year, pricing was up pretty dramatically,” Wilson says. “It was probably one of the most successful marketing years from a price standpoint that we’ve had in several years.