While produce in general and organics specifically have seen a “pandemic lift” in demand in 2020 and into 2021, Fairtrade products look to be seeing something similar.

“Our sales are up significantly,” says Jennie Coleman of Montreal, Que.-based Equifruit. She adds that not only are sales up with its existing customers, but new clients are reaching out for bananas as well. “One thing that’s affected demand for bananas these last months is the lack of supplies out of Central America following the hurricane season last November.” 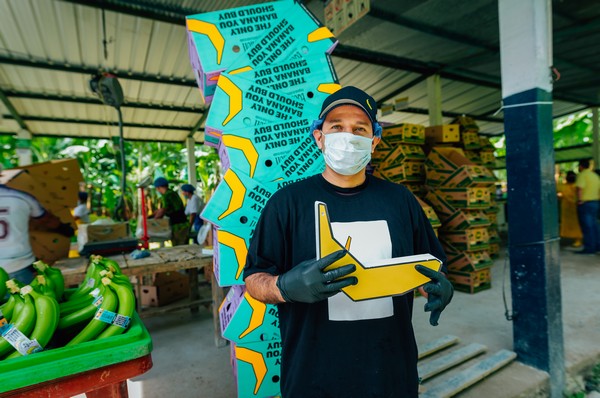 The pandemic has produced a more conscientious consumer, some of which are more interested in Fairtrade produce.

That said, those in produce know a more conscientious consumer seems to have emerged from the pandemic. “It’s made people think about their priorities and also about supply chains in a way that they haven’t thought about them before. They’re choosing food differently,” says Coleman. Recent Canadian surveys solidify her point. A 2020 Leger/Fairtrade Canada study in August that surveyed 2,000 people from Ontario and Quebec noted that one in five people said they’d change supermarkets to find Fairtrade bananas. “Even if that’s slightly survey-inflated, that’s still an incredible indicator of demand,” says Coleman. Additionally, a 2020 Ontario Produce Marketing Association study examining consumer shopping habits also showed that half of the respondents reported they seek out fair trade produce when shopping, particularly women.

More Fairtrade bananas
To meet the increased demand, Equifruit has also brought in more fruit from its two contracted partners in Ecuador and Peru. “In the first quarter of 2021, we brought in 70 percent more volume than last year,” says Coleman, noting pricing is set due to Fairtrade contracts.

Meanwhile Coleman says the increased demand may also be attributed to something else. For Equifruit, much of 2020 was spent working with Montreal-based creative agency TUX on rebranding the company, an initiative that’s lead to a new website, packaging, point of sale material, videos and a new social media strategy. “We’re trying a new way to tell our story,” says Coleman. “Previously, we’d done most of the design work, website, etc. ourselves and we’re not trained designers. We just wanted to find a way to draw people into Fairtrade. We knew a lot of people associate Fairtrade with positive things, but they weren’t necessarily motivated to find out more. Our new campaign is centered around the tagline--the Only Banana You Should Buy--and we now see lots of traffic to our website from people finding out why.” 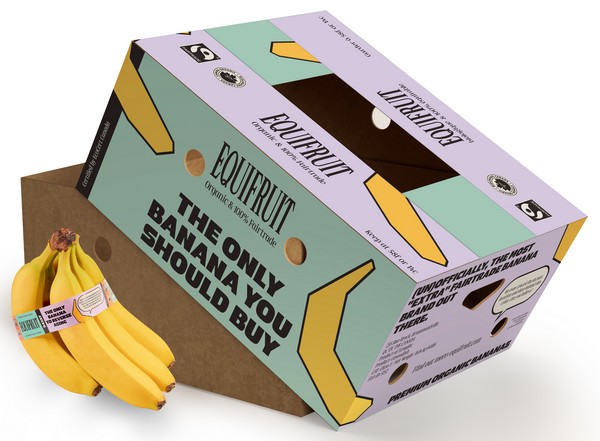 Other marketing initiatives also include amending in-store demonstrations and educational initiatives around Fairtrade bananas. In the Longo’s grocery chain for example, which last year committed to a 100 percent Fairtrade organic banana program, Equifruit is testing a new in-store audio spotlight. “It’s an innovation which is well adapted to these Covid times. When you stand in front of the banana display and you’re under the sound wave, a message comes out about Equifruit bananas,” says Coleman. “And it’s contactless.”