In 2007, Banafood Services GmbH opened a new, independent banana ripening facility in Germany. It’s just over the border from a Dutch cooperative in Venlo, the Netherlands. It's a new business, but it's one with second and third-generation banana sector co-shareholders. This German company has now expanded its existing premises.

It’s added a second building, which increases the facility’s ripening capacity of around 60,000 boxes of bananas. There are an additional two cold stores with space for 600 pallets too. We interviewed director Hans Maagendans. We asked him about blockchain technology, the coronavirus pandemic, fair trade, and shop floor know-how.

The company is growing nicely…
You could say that. We can also expand to a ripening capacity of 80,000 boxes per week.

Has there been much innovation in the field of ripening in recent years?
We work with the very latest software. One advantage is that this offers opportunities to switch to the ripening of other products too. Thanks to this software, we get perfect air distribution and airflow speeds during maturation. All the ripening cells are computer-monitored 24/7. We can follow this on our iPads. We developed this unique system in partnership with our installer. It’s based on no fewer than 30 years of experience. In our new engine room, we also save a lot of energy and CO2 emissions. Sustainability really is a focal point for us.

How great was the coronavirus outbreak’s impact on your company?
It had some effect. We had to make many adjustments to our daily way of working. We work with a small team. Initially, we had a few employees who we now think became infected. We couldn’t get tested at the time. So, we had to pull out all the stops. All the more so because the demand for bananas was skyrocketing. Consumers returned to basic nutrition. Bananas benefited because of their nutritional value and relatively low price. After all, bananas aren’t just a fruit, but also, indeed, food.

For weeks, there were 25-30% more bananas here. Our greatest concern, however, was that bananas would get stuck in their producing countries. These include Colombia, Ecuador, Panama, and Costa Rica. But, fortunately, the supply continued well. That, of course, doesn’t detract from one fact. Should situations like those in the United States or Brazil, for example, arise, there might be supply problems. We might think we’re done with the virus, but the virus isn’t done with us. 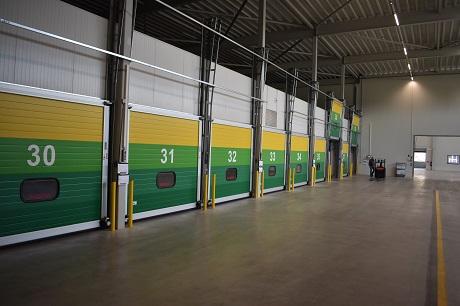 How much of a threat are banana diseases to the market?
These remain an ever-present threat to the sector. That’s true for both Black Sigatoka and Tropical Race 4 (TR4). This suddenly appeared in Colombia last year. Universities, like the one in Wageningen (the Netherlands), are getting a lot of support. The well-known banana multinationals are investing heavily in research on how to eradicate these diseases. The most common banana sold in the world is the Ciant Cavendish variety. And we all know that it’s not resistant to TR4.

However, I'm impressed by how they tackled this threat. The areas in Colombia where TR4's been identified have simply been completely dug up. They truly went - to stay with COVID-19 terms - into complete lockdown. Substances that detect TR4 at an early stage have now been found. Then, only a small part of the affected area has to be excavated and demarcated. Naturally, we hope a solution will quickly be found to combat this problem.

Fairtrade remains a vital part of the banana sector. How fairtrade are your bananas?
In 2010, five percent of our bananas were fairtrade. That share has since risen to 75%. The remaining 25% are, however, Rainforest Alliance (RFA) certified. That’s also, of course, a good thing when it comes to sustainability. Being 100% Fairtrade is a challenge. There will always be regular, conventional bananas on the market. Certainly, when it comes to banana sales in Eastern Europe. There, fairtrade isn’t a hot topic. At first, everything had to be Global-Gap certified, and later Rainforest Alliance followed.

Now, Fairtrade is increasingly becoming the standard. I must add, though, that fair trade isn’t a banana label. Although it almost seems that way when they are being promoted nowadays. I’ve seen them sell at discounters for €0.89/kg. I’m always greatly surprised by such prices. I understand that people want to promote fairtrade bananas. But, with good marketing, you can sell just as many and at slightly higher prices.  I must, however, admit - I’m very impressed with what has been achieved in the plantations. And that’s thanks to fair trade installments.

Last year, I went to Ecuador with the purchasing organization, Superunie - our client - and people from Max Havelaar. We saw what progress they’d made. That's in terms of training, living conditions, health care, and the plantation workers’ wages. It was a real eye-opener for me. But, I keep saying more’s possible if supermarket prices were to rise slightly, structurally. What's €.05 to € 10/kg more? And if that’s fairly distributed within the chain, you immediately create a better situation in Latin America.

What role do you see your company playing in that?
I think everyone has a role to play in further increasing fairtrade’s share. But we can’t set the kg price supermarkets charge for their bananas. What's clear, though, is that it’s tough to reconcile fairtrade and aggressive price policy. It remains strange that you sometimes pay less for a kg of bananas from the tropics than for a kg of Dutch apples. At the end of the day, everyone must be able to earn money. And that starts at the beginning of the chain, with banana production and workers. 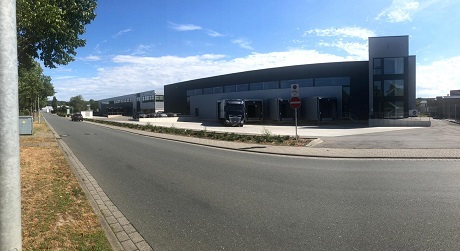 Do you have positive examples?
I think this is a nice example. One importer, Fyffes, worked with Plus, (the Dutch) supermarkets, a technology partner, SIM, and us, as ripeners. They were the first to use blockchain technology to provide insight into the banana production chain. It was a mammoth task to apply this technology to bananas, but it’s been successful. I expect more supermarkets to use it in the future. By using blockchain technology, all the steps in the chain are recorded, linked, and made transparent.

You scan each banana’s QR code and enter the corresponding Fairtrade FLO ID. Consumers can, therefore, follow the entire route their banana takes, from plantation to shopping basket. Chain transparency is vital. But it does require a great deal from the total operation.  Solid planning plays a leading role throughout the chain. Supermarkets are noticing a growing demand from shoppers for responsible, fair products. People are more interested in the products’ origins too. The banana is one of the most commonly purchased products in the supermarket.

By accurately mapping out the banana chain, it becomes clear which sustainable improvements can be made. The blockchain contains a lot more information. This isn't only about food safety, certifications, and farms. But also about social projects and each link’s CO2 emissions. In the future, in this way, consumers might be able to support banana growers directly. This new technology also opens up new chances for further development of the long banana chain.

What's your share of organic bananas?
The market for organic bananas, combined with fairtrade, is growing rapidly. Compared to last year, we sold 40% more of these, in weight. Our organic share in now above ten percent. But I think that'll increase even further in the coming years. Especially in the Netherlands, the organic banana share is expanding spectacularly. In Germany, this share is larger still.

What do you think of bananas’ general position in stores?
They’re often located well. Although it concerns me that shop floor know-how is disappearing. Displays often look fine before 10:00 but become less so as the day wears on. I usually attribute this to several factors, such as too hard a display surface. It’s not uncommon for bananas to be sold in EPS barrels, sometimes stacked three to four layers high. That causes peel damage. Then there are those discounters who simply sell bananas straight out of the box. I find that utterly disgraceful.

That’s why, in the past and still today, we design banana displays to inspire retailers. Because, for us, our work doesn’t stop with just ripening the bananas and bringing them to the right color. Nor should we forget the fresh produce isle’s average temperature. It’s four to five degrees higher than in the past. That’s due to the closed refrigerated display cabinets. That means bananas ripen more quickly on the shelf.

But a good presentation stands or falls with a good inhouse fruit and vegetable chef. There used to be a lot of store chefs. But, unfortunately, there’s less and less time for this. The coronavirus hasn’t helped either. If you ripen bananas well and deliver them to the supermarkets in the 3.5 - 4 color range, they’ll last for at least four days. But, those last ten meters in the chain are crucial.

Unfortunately, some banana boxes include some expensive items. What can you say about that?
Nothing, really. It’s a business you don’t want to get involved with at all. Containerization has, unfortunately, made it much easier for criminals to trace their goods. That’s benefitted the rise in this unfortunate trend. Before, that used to mainly come in under the table. For Banafood, however, it’s been reason enough to have all containers handled externally. In this way, we can avoid major problems. And unfortunately, this does cost more.

How do you see Banafood’s future?
We look to the future with great confidence and have invested in new equipment and new people. I’ve been in the business for more than 30 years now, but I think it’s far too much fun to quit. If I remain healthy, I’d like to stay in this business for years to come. Only the future can tell what it holds.

Our two sons have also entered the fruit and vegetable sector. My eldest, Sander, has worked with us for 13 years already. He’s responsible for maturation and planning operations. Martijn, our youngest, works at Triple F Fruit. That company's active in importing and selling overseas fruit.  Who knows what the future will bring.