Traditionally, mushroom demand tends to fall after New Year and into spring as consumers seek out other vegetables and fresh produce items that are more readily available in the summer months. Also, it used to be that mushrooms are associated with hearty winter dishes. However, mushroom growers say that in recent years, demand for mushrooms is continuing to remain strong much longer into the year.

"Demand for mushrooms has definitely increased over the last few years," observed Roberto Ramirez of Mountain Meadow Mushrooms in California. "In years past, the trend used to be that right after New Year, demand would drop and supplies would be high. However, over the last few years we have seen high demand for mushrooms all the way up until the beginning of summer, or even close to the 4th of July Holiday. Typically during summer, those fruits and vegetables that you can't find during the fall and winter months enter the market, thus displacing the demand for mushrooms." 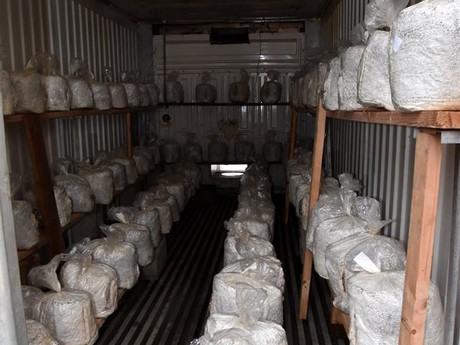 "The Mushroom Council kicked off a program a few years ago to help drive sales over the summer," Ramirez explained.

"The blenditarian.com project enhances the fillings for burgers and taco. It was such a great project that even Sonic did their own version of the blended burger and created the Sonic Slinger as a Limited Time Offer. May is the month for this Burger, and each year the Mushroom Council kicks it off with a contest. This year the Blended Burger Project: Home Edition will give away $25,000 for the best burger.

"The blended burger along with other programs which focus on the usage of mushrooms in many different ways, has helped bring the mushroom to the forefront in many colleges throughout the United States," he continued. "We have also seen an increase in what we call exotic mushrooms, specifically the King Trumpet."

He has noted the importance of organic and the locally-grown factor as key points that attract consumers. "We are certified organic and also pesticide free - something even some organic certifiers can't claim. If you are looking for truly fresh mushrooms, you can't beat locally grown mushrooms. When it comes to the White Button mushroom, just because they look white from the outside, that does not mean they are truly fresh. Always look at the place of origin and that will give you an idea how far they have traveled and how long they have been on the shelf."