The extreme weather conditions in April and May led to considerable losses in the harvest of many European crops. The German institute AMI provided figures and estimated the total European crop this season to be lower than 10 million tons. Last year the harvest 2016/2017 was estimated at 12 million ton, so that means a decline of 20%. In June, WAPA released the losses and forecasts throughout Europe, and it was not good news for most. 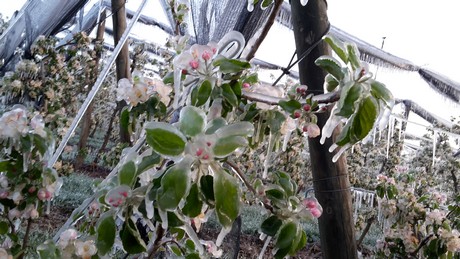 This year, for the first time in a decade, Argentina said they had to import foreign apples during the harvesting season. The slump in the top fruit sector caused 37 per cent fewer apples and 15 per cent fewer pears to be exported during the first quarter of 2017. Export volumes in June were at the lowest level in 30 years, according to NFO, based on figures from the Argentinian government.

Not only European topfruit producers were affected by the bad conditions, Spanish stonefruit growers reported that the colder temperatures at their export destinations had brought down demand and that prices were falling 30% below production costs.

Extreme torrential rain at the beginning of the month caused severe damage to crops and infrastructure in Taiwan, causing losses for watermelons, peanuts, corn, and mushrooms.

It was the opposite issue for growers in west central Michigan, who said that the dry weather period they were experiencing “could be a problem for crops like strawberries and blueberries that are in the green fruit stage.” This was after spring frost which affected the Elliott-variety blueberry bushes.

Insatiable global demand for avocados
According to South African avocado producer Clive Garrett, "Demand for avocados has grown exponentially as people realise its health benefits – if we doubled or quadrupled, or even go ten times bigger, we’d still find a market for our avocados.”

The Freshplaza overview of the avocado market in June, also reported that as the market continues to grow, that importers in Europe were looking for enough volumes to meet the rising demand. Demand was also growing in Asia, where consumers are discovering avocados and that the first Chinese avocados were expected to be harvested in September. 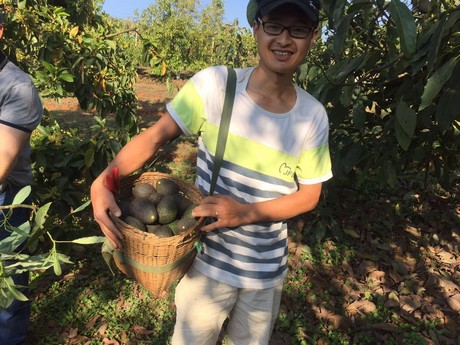 There was even an answer to the age old problem of the half eaten avocado, the AvoSaver, with millennials breathing a sigh of relief across the globe.

D-day for Brexit and APM Terminals get hacked
On the 8th of June, 2017, Britons made their way to the ballot box for the second time in a year after the Brexit vote a year before on 23 June 2016.  Prime Minister Theresa May announced the new elections for the House of Commons in mid-April and instead of giving her position a boost, it ended up being a loss for May, her party and the British pound.

It was a rough month for APM Terminals, subsidiary of the shipping company Maersk, after ransomware hackers broke into their system, freezing shipments. Fruit importers who worked with Maersk could only wait for their containers to be released. Luckily the hack hit at a time when less fruit imports are sent overseas.

Screaming for citrus
South African citrus exporters warned that while the Far East was "screaming" for their navel oranges, that they should be careful about pushing prices to artificial levels that couldn't be maintained.

California grape producers see flooded market
A delayed start to the Mexican and the Coachella, Calif. season put a heavy supply of table grapes on the market in June. As some 650,000-700,000 boxes a day were crossing from Mexico.

The table grape industry is experiencing a spike in varietal development. Varieties are improving and demand for greens is improving.

Takeaway fruit was ready to take the vending business by storm. Spansh company Fru&tube came up with this innovative concept for takeaway fruit.

Without a doubt, the most innovative aspect of this concept was the unique tube-shaped container, very similar to those used for tennis balls, which in addition to facilitating the product's transport, protects its contents from accidental damage and keeps the fruit intact. Its pressure cap, free of adhesive materials, makes it possible to open and close the container as many times as desired. Ready-to-eat fruits of all calibres, which can be consumed without having to peel them, as well as cherry tomatoes, are packed in three different sizes.