"Since we first launched the Eshkol (vine) and Maraskino (cocktail plum) tomato varieties in May, feedback from producers has been positive," reports Lucio Colombo, Portfolio Marketing Manager for Monsanto Italia. We met him during the Open Day in Acate (RG) in Sicily. 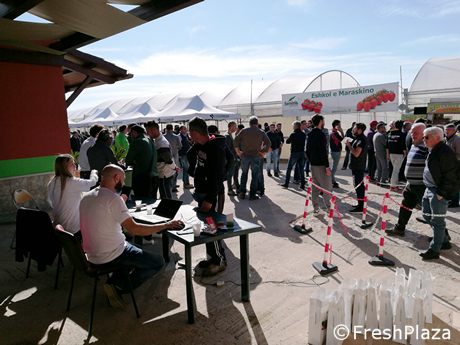 Above: visitors during the Open day in Acate (RG).

"The two varieties are exactly as advertised by Monsanto, which we are very pleased about. This is because producers are at the centre of all our activities. Our mission is precisely to support growers and provide products and services." 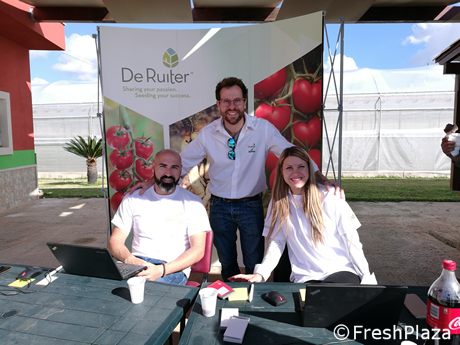 "On top of our products and services, the technical assistance we provide is also important, as we work in symbiosis with producers." 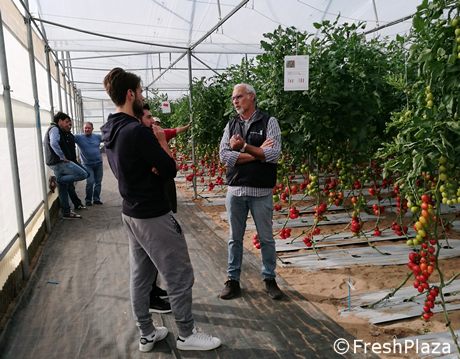 In the morning, Monsanto technicians (see photo above) welcomed the around 400 local visitors from to explain the peculiarities of the Eshkol and Maraskino varieties. They also provided useful advice, solved generic cultivation problems and planned meetings. 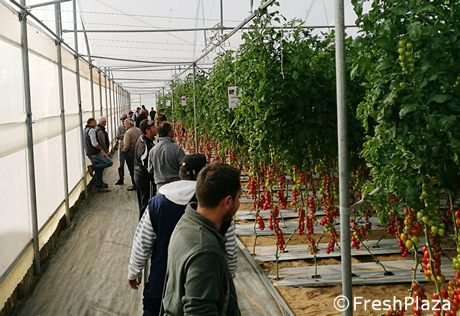 Eskhol has excellent setting and resistance to cracking
Fabio Occhipinti transplanted Eskhol plants in early August and obtained a good production. He tells his impressions in the video-interview below. 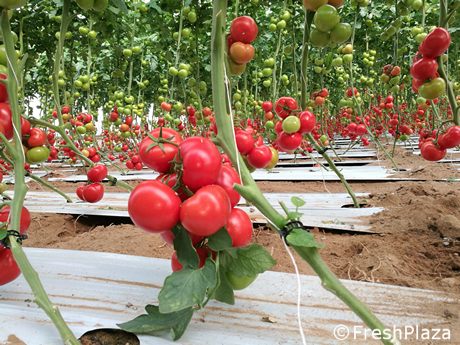 
Maraskino bunch tomatoes can be grown all year round and are resistant to TYLCV. Giuseppe La Terra Pirrà, agronomist from Libretti, confirmed that the variety can be grown throughout the year thus filling any gaps.
"Retailers required a product with these characteristics available 12 months a year but we didn't have anything like that. Maraskino undoubtedly represents a commercial advantage for us." 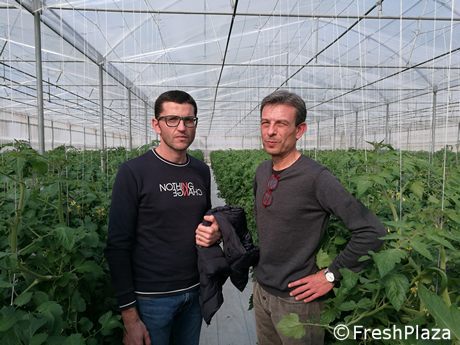 Another element that emerged is how the production world appreciates events such as that organised by Monsanto.
"These events are very important not only so we can learn about new products, but also because we are introduced to new solutions such as the agronomic techniques implemented by a model company such as Monsanto." 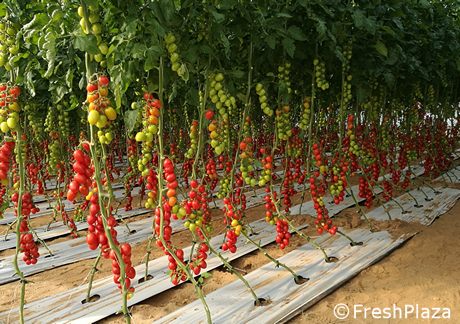 Above, Maraskino: vigorous plant with medium-long internodes. Fruits are uniform with a bright red colour. Bunches are elegant with fleshy green parts. Excellent shelf-life. Transplant calendar: January to late July in the north with harvesting from mid-March to mid-October; January to late July with harvesting from mid-March to mid-October in central/southern Italy. In Sicily: January to late March and late June to December with harvesting all year round.
The agronomist from one of the leading companies in south-eastern Sicily says he would like to see "more display companies to showcase the varieties in different stages, also considering the fact that productions change depending on the soil and irrigation water. Our territory is diverse with a variety of microclimates, so Monsanto could share suitable approaches." 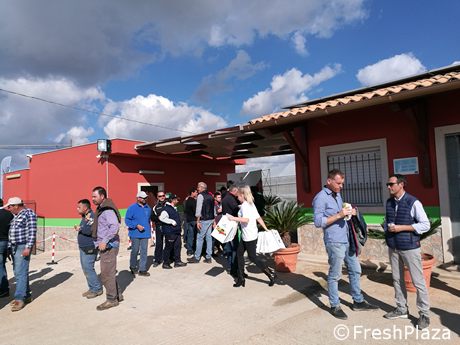 "Our approach is different from multinational stereotypes. There would be no vegetables without producers, so they are very important to us. We have almost a romantic image of growers who work the land with their own hands. But there is also a lot of research and innovation behind every product, to be able supply produce that is safe for human health and good to eat," explained Monsanto's Portfolio Marketing Manager.
But Monsanto also cares about retailer needs, as produce must be available to buy all year round.

"Sometimes we forget agriculture depends on many factors in addition to climate and natural events. Nowadays, we cannot think about not considering all the parts of the chain. Monsanto acts as an observer to make sure final consumers get the guarantees they need."