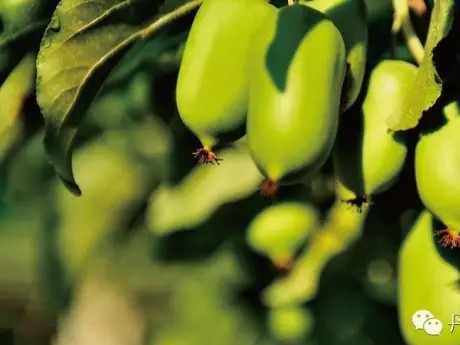 "In China, the production season for kiwi berries starts in August and finishes in November. The berry benefits from a climate with four distinct seasons and a cultivation environment based on a good soil. There hasn't been much change in the production volume for kiwi berries or their price on the market since the last production season," comments Ms. Yu Wenxin, marketing director of Dandong Rishenglin Ecologic Agriculture Development, a company located in Liaoning province. 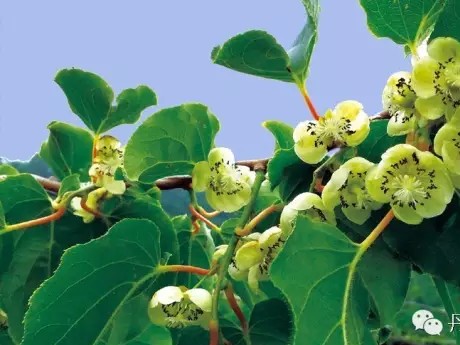 The long history and the refined taste of Chinese kiwi berries
"Kiwi berries produced in China really come from the same species as the imported kiwi berries from New Zealand. The fruits are large and they have a dense, sweet taste. Moreover, Chinese kiwi berries have a remarkable price advantage. The market price for kiwi berries imported from New Zealand is around 200 RMB to 300 RMB per kg. Chinese kiwi berries on the other hand only cost 80 RMB to 160 RMB per kg."
"In the current stage, kiwi berries are not as well-known and established as a fruit with consumers the way bananas and apples are. I am still happy to see that in the past few years, the consumption level of the people and the degree of awareness they have towards the health component of food has increased. As that happens, the popularity of kiwi berries on the market is also increasing year by year. This is mainly because the kiwi berry is not only a very easy fruit to eat, but it also has a very high nutritional value. It can have vitamin C levels of 450mg/100g. That is 80 to 100 times more than the vitamin C that is present in apples and pears and 5 to 10 times more than the levels in oranges. The kiwi berries also have other medical effects. They help prevent cancer, they are low in sugar and are filled with anti-oxidants." 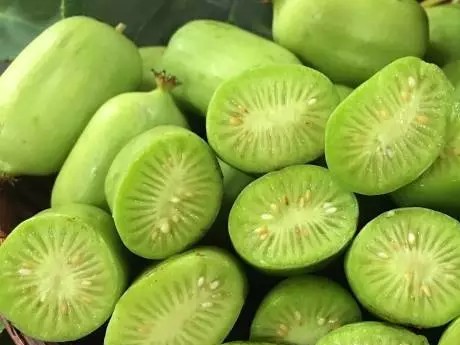 Breakthroughs in breeding and technique
"The kiwi berry, an exquisite and delicate mini kiwi, has been introduced and promoted in China for two years by the West, represented by New Zealand. And for that period of time, consumers have known it as a rare and precious fruit. But in fact, wild kiwi berries have been grown in China's Liaoning province and Jilin province for many years. Because the cultivation of the kiwi berries hasn't had the opportunity of professional research and development, it hasn't turned into a cultivation that can be performed on a large scale. Chinese consumers also don't have enough knowledge of this kind of fruit. Because of that situation, we have been cooperating with a high-ranking research academy since 2013. We have been breeding the wild kiwi berry and domesticated it into several kinds of superb fruit varieties. Now we have started cultivation of the fruits on a large surface." 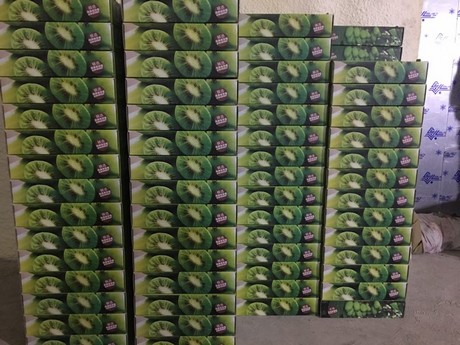 "This company was founded in September 2013. It possesses around 27 hectares of plantation area for kiwi berries with greenhouses. We breed sprouts of several kiwi berry varieties. The company is governed primarily by food safety and the concept of healthy and organic cultivation. The fruit we produce is sold to high-end supermarkets and wholesale markets all over China under the Dandong brand of 'Rishenglin'." 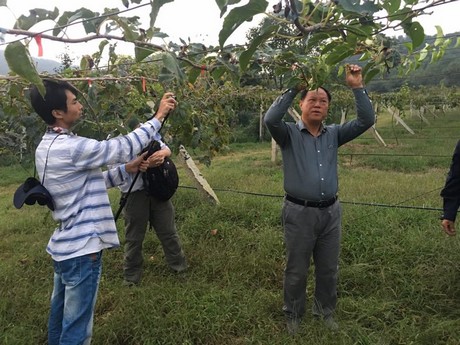 Starting the industrialisation process
"The annual production this year is around 20,000 kg. When we enter the ripening season next year, the annual production will reach close to 50,000 kg. Following the rapid increase in production volume, we consider to enter the foreign market next year. We also want to give foreign consumers the opportunity to taste the unique kiwi berries from Dandong in Liaoning province. For the future, I believe that kiwi berry cultivation is an emerging industry. At this point it is of the utmost importance that we create a development model of industrialisation on a large scale. Only if we make the consumer familiar with this fruit, we can open up new sales channels horizontally in the end."
Company name: Dandong Rishenglin Ecologic Agriculture Development Co., Ltd.
Company website: http://www.rslny.com
Contact person: Yu Wenxin
Telephone: +86 138 4159 8855
+86 188 4150 1117
Email: 1062221942@QQ.com