Rijk Zwaan organised its cucumber event again last Thursday. More than one hundred growers were presented with a varied program, during which Rijk Zwaan showed that they think about all facets of management. Ronald van den Bulk presented an extensive comparison between various cultivation systems related to the choice of varieties and Eric Bal gave an inside view of variegation resistance in the improvement process. Ex racing cyclist and professional windbag Gert Jakobs closed the afternoon in a light hearted way and in addition to all the cucumber knowledge he also added some bicycle facts.

Marcel van Koppen opened the afternoon with the PT-figures in which the most striking market changes and area development were discussed. In Germany the cucumber area is still decreasing. It is expected that a further 10-15 percent less cucumber will be planted. Many German growers have changed to tomatoes, as this cultivation is more profitable in Germany. The Dutch growers should be able to fill this hole in the market quite easily. 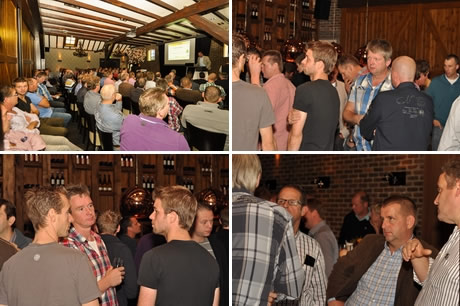 Spain
Van Koppen visited the Spanish horticultural area in Andalusia and Murcia two weeks ago. Here he noticed that the damage in horticulture as a result of the heavy rains is not so bad. "Especially the tomato cultivation in the border area between Andalusia and Murcia was damaged somewhat," Van Koppen explains. "The area of planted cucumbers has decreased and is now about 4,300 HA. As a result of the bad prices Spanish growers stopped with cucumbers and changed to winter peppers. There is clearly more need for this in Almeria." The decrease is estimated to be about 20 percent with especially summer and autumn cultivation. The area of winter cultivation is decreasing by 5 percent.
Cultivation systems of the (near) future.
Plant specialist Ronald van den Bulk presented analyses providing insight between all possible cultivation systems relative to choice of varieties. After enumerating all factors which he mentioned in the comparison, he presented a final cost price for cucumbers in each cultivation system. The differences were not too big and it especially became clear that the most important factor was whether the grower
'felt good' with a system.
Quality
Finally a discussion point was the surplus value of quality in relation to choice of variety. "The risk growers accept with the high wire system does not yet result in a better selling price," a high wire grower mentioned, "My cucumbers are beautiful, but I do not receive one cent more for them."

Variegation resistance
Eric Bal, Breeding manager, showed the Rijk Zwaan search for a year round variety packet with variegated resistance. After he showed us all the ins and outs during such a long term improvement process, he proudly said that Rijk Zwaan with effect from January 2013 will start tests with new numbers in the Proloog-segment, which have variegation resistance. He stressed that Rijk Zwaan is still looking for growers interested to join in the test. As a final message Bal mentioned that growing resistant varieties is not the absolute solution. "Hygiene is still very important and that should not be forgotten. Remain alert and continue to test yourself with immuno-sticks and finally adhere to the hygiene protocol of Wageningen UR." 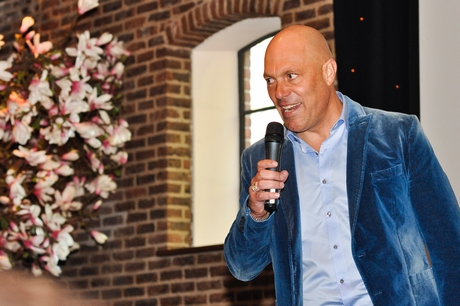 Ex racing cyclist Gert Jakobs closed the day and as expected he got lots of laughs. The rambling stories by Jakobs were very popular and were a worthy end to the event, with which Rijk Zwaan was again successful in joining an instructive afternoon to entertainment. 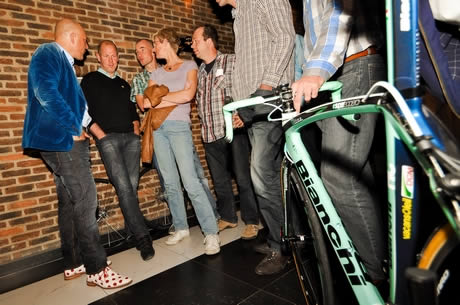