Following an extensive call for nominations, the Hass Avocado Board (HAB) named the recipients of its 20th Anniversary Recognition awards at the September Board Meeting and commemorated their service with a presentation and award recognition ceremony. The accolades acknowledge individuals for their outstanding commitment and achievements in “Making it Happen” for HAB by establishing and building the organization over the past two decades.

"Growing U.S. consumption of fresh avocados to more than 2 billion pounds per year since the establishment of the Hass Avocado Board in 2002 came thanks to the hard work of many talented, dedicated people from around the world,” said Salvador Dominguez, HAB Chairman. “Today, it is our honor to recognize several individuals for their prominent participation in our incredible success, for being relentless in their pursuit to “making it happen” for the benefit of the whole avocado industry in the United States.” 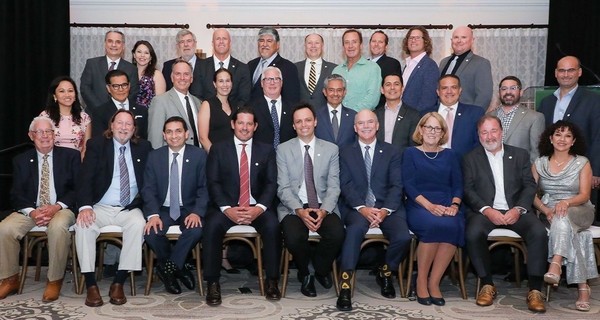 The criteria for recognition included having served the Hass Avocado Board as a board member, committee member, special subcommittee member, being affiliated with HAB, the California Avocado Commission (CAC) and the Importer Associations or being HAB staff.

The contributions from these individuals stand out on their own merit as well as underscore the HAB Effect, the ability for avocado industry members to accomplish things they would not be able to do without the collective power of HAB.