"Soft fruit import season off to a good start"

In Europe, local blueberry cultivation is almost over. "Here, in the Netherlands, we're processing the last stored Aurora and Liberty, and the last freshly-picked supply arrived from Poland early this week. The Northern European season was generally good. May and June's stable weather ensured good settings, so the volumes were definitely there. The quality was better than last year, too," begins Maxim De Roeck of Fruitful-Berries. 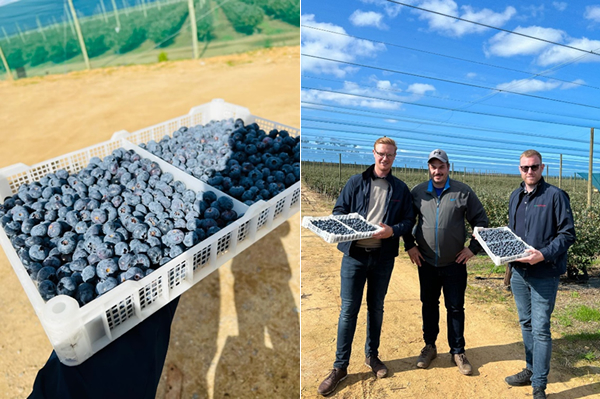 "We think the fruit found its way better to market as well. Last year, around week 33, supply had greatly surpassed demand, and we had to sell our berries below cost. That didn't happen this year. The increased demand for local produce everywhere, certainly in the Netherlands and Belgium, could partly explain that."

"But, in Poland too, given the acreage increase, less-than-expected was exported, with more local sales. When that happens in one of Europe's largest blueberry-producing countries, it immediately eases tension in the supply markets. We began with Peru and Zimbabwe in week 36, and the first South African containers are also already at sea," says Maxim. 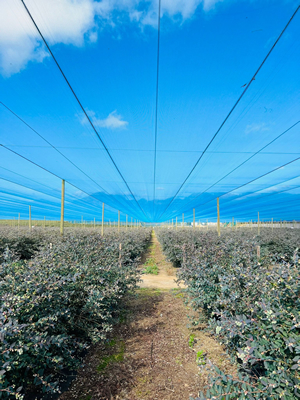 "That's a small two percent switch, in favor of America, from last year. That has everything to do with the sky-high sea freight costs towards Europe," Maxim explains.

"July was cold in Peru, so volumes have slowed slightly, while it's currently a high-demand market. Peru and South Africa usually peak around week 44/45. We expect to process 2,500 tons of overseas blueberries this season. Most of that will go to fixed retail programs, which we think is the only way to continue marketing the increasing acreage correctly. Together with our retail partners, we reach weekly agreements about things like the best packaging, promotional weeks, and variety selection." 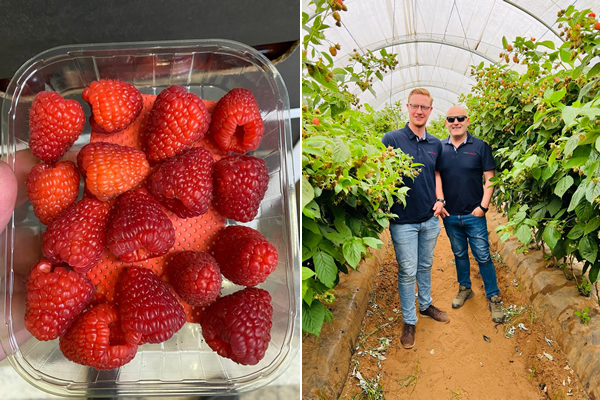 "As for raspberries, the local crop normally continues until late October, with some even lasting until mid-November. Last summer's warm weather didn't do the plants any good, so volumes are decreasing a little faster," continues De Roeck. "Plus, retail programs are already slowly being supplemented with imported products. It's again a matter of waiting to see what the market does. Growers in the popular Spanish region of Huelva planted eight percent fewer raspberries."

"Morocco, however, wants to expand considerably, but we're increasingly getting reports that those growers didn't all get plants. That could lead to some supply problems at the end of the year. We have a great relationship with our Moroccan grower, with whom we're building some projects in northern and southern Morocco. Those have 280 hectares of raspberries already this year. We got the first pallets this week, and the quality looks promising. That season runs until week 19," concludes Maxim.