A year after the volcanic eruption in La Palma, the banana sector demands the recovery of its crop

In 2021, Plátano de Canarias marketed more than 400 million kilos of bananas. 32% of this volume came from the island of La Palma, which was affected by the 85-day eruption of the Cumbre Vieja volcano that started on September 19 of last year and destroyed almost 600 hectares of banana cultivation.

Since then, the 5,300 producers of Plátano de Canarias in La Palma (out of a total of about 8,000 in the Canary Islands) have been demanding the recovery of the affected land in order to ensure the total restoration of the crop and the source of income of all the people affected. 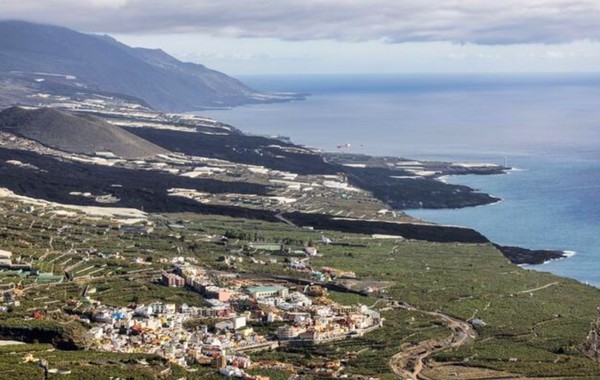 Between September 2021 and August 2022, production in La Palma decreased by more than 53 million kg compared to the average of the last ten years.

Still no roadmap for producers with buried crops
217 hectares were buried by a sea of lava that left nearly 600 producer families and many workers without a livelihood. These producers have received the aid to compensate for the fruit lost between September 2021 and August 2022 as well as POSEI Community aid.

A year later, however, their situation must be significantly improved. The affected producers require, first of all, to ensure that all the people who faithfully commit themselves to the recovery of cultivation on the island receive an income from Community funds until 2027. Secondly, they require the urgent valuation of all their properties to be concluded to anticipate the subsequent reorganization and recovery of the land because, to date, none of them has received any compensation for the material loss they had due to the catastrophe. Thirdly, the concrete regulation of a plan for the management, redevelopment, and execution of works for the recovery of lost land in the coastal area of the Aridane Valley. 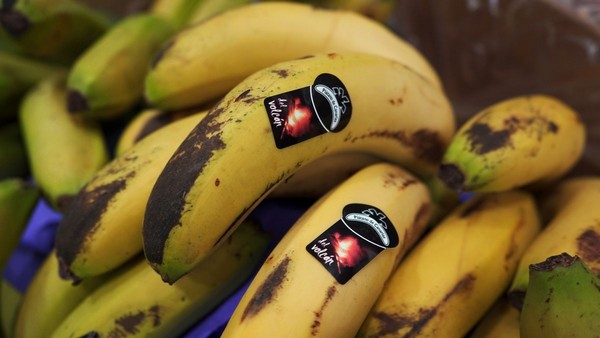 The recovery of isolated or inaccessible areas is delayed
In addition to the scorched area, more than 300 hectares of cultivation were rendered unusable as a result of lava, and many of these hectares remain without access or guaranteed minimum services for production.

The Government of the Canary Islands has called for aid for the recovery of these facilities, and initially committed 100% of aid, but the available budget will not be sufficient to meet the needs.

As a result of not being able to produce bananas for another year, the sector will continue to lose competitiveness against bananas imports from third countries.

"Our undisputed priority is the recovery of the crop in La Palma, and we are dedicated to working and collaborating with all the institutions so that all affected farmers can recover their livelihood," stated Domingo Martin, the president of ASPROCAN.