"There may well be a gap in the tomato supply"

Neither will supply from countries like Spain immediately fill these shortages, says the trader. "They'd, obviously, like to, but, for example, Almeria had a scorching hot summer this year. Just yesterday, I spoke to a grower there who'd planted a good acreage of bell peppers but is experiencing plenty of failures because of the heat." 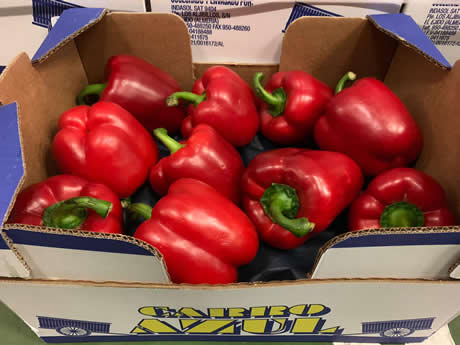 "Dutch bell peppers prices are between €7 and €8 for red, €7 for green, €11 to €12 for yellow, and €9 for orange. These aren't alarming prices causing you to immediately approach Spain," Pieter continues.

"Dutch Class A tomatoes sold for €9 to €10/5kg yesterday, with Class Bs going for €11, and TOVs for between €11 and € 11.50. Those are attractive prices, and Spanish tomatoes won't be on the market until October. There aren't yet crazy quantities of Turkish tomatoes on the market, and the Moroccan season hasn't started yet either. So, there may well be a general gap in the tomato supply."

"Dutch cucumbers were really well-priced this summer. You'd, thus, like to get those from Spain quickly, but the first Spanish cucumbers are always light in color, so are no threat to the Dutch product," says Pieter. "The change to dark cloudy weather with cold nights also isn't going to help consumption. It will be an odd start to the season. And for some companies, like those in greenhouse horticulture, but also the cold stores, the consequences will be genuinely dramatic."

"On top of that, we have to consider inflation. People have a month's less salary over a year. In short, you'll have to get more money for your wares. The question is: can consumers afford that? In the Netherlands and Scandinavia, that will still mostly be possible. But I fear that in Eastern Europe, consumption will be significantly lower. That, in turn, will create more market supply here. But no one truly knows what will happen," Pieter concludes.