California will have to move record numbers of walnuts

“These are confusing times in the walnut world.” So says Mark Calder of Primavera Marketing Inc. of the current state of the walnut industry which is seeing high inventory and low pricing.

Calder notes that the most recent supply projections announced for the 2022-2023 crop year for walnuts are at 720,000 tons--a figure that was reduced significantly from the earlier estimate in August that anticipated 789,000 tons. “That’s caused a bit of a pause out there. This does not factor in what we have left over from last year. The carry-in inventory is more than 130,000 tons which is a record volume,” he says. “We will have more walnuts to sell with those two numbers put together than we have ever had before.”

The current crop is approximately a week late getting started thanks to California’s recent heat wave. Calder says approximately 95 percent of the crop is generally harvested statewide by the end of October. 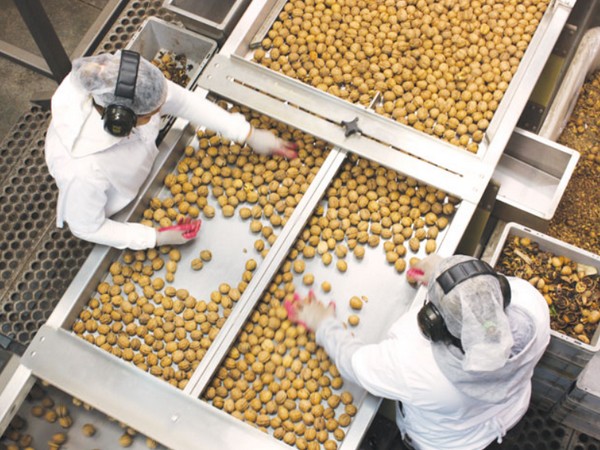 Domestic demand down
Meanwhile, demand for walnuts has its challenges. Domestic consumption of walnuts was down approximately 10 percent last year. “Consumption was down but also people have plenty of supply even though they purchased less,” says Calder.

At the same time, exporting walnuts has been a challenge, which could be tied to any number of issues--everything from shipping problems (timely shipments thanks to delays, higher priced containers, etc.) general inflationary impacts, the strong U.S. dollar and more.

Competing growing regions also continue to be a problem--notably China which is now producing the majority of walnuts grown in the world. While California’s walnut acreage is increasing, it pales in comparison to the growth that China is experiencing. “Our share of walnuts as a growing origin continues to reduce. It’s a much more competitive environment,” says Calder, noting that not surprisingly, pricing has been low this year for walnuts. “I don’t see how this can turn around given the supplies that are in warehouses around the world.”