"We will limit cauliflower cultivation in the long term"

With the help of a team of eleven, Gemüsebau Vetter in Riedhausen offers a diverse range of produce which is marketed year-round at the weekly market and on the farm. We spoke with Managing Director Rolf Vetter about, among other things, the current fennel supply and why he will limit cauliflower production in the long term. 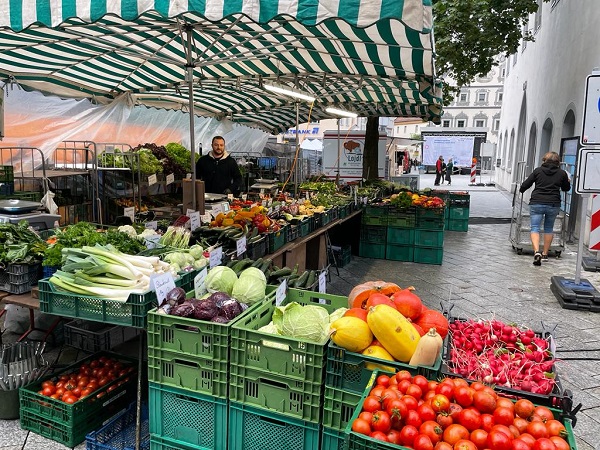 The vegetable farm can also offer cress year-round, at market volumes. "The season starts around September and runs through early January and then again from late January through July."

Fennel: price per kilo at €4.50 to 6.80
"We usually start sowing fennel in January, while harvesting then begins around mid/late May. The open ground season lasts until November, after which we turn to greenhouse production," says Vetter. One-third of his land is used for greenhouse cultivation and the rest for outdoor cultivation. When asked if more greenhouse production might be considered in the future, he says, "With current energy and production costs, we just have to wait and see where it goes."

Demand for fennel, he says, is easy to calculate and doesn't show any particular spikes or drops. "We plant about 10,000 seeds, which is enough for the entire year. Depending on the season, the price of fennel ranges from €4.50 to 6.80 per kilo. The quality of the fennel is good, certainly when the weather is not too hot."

Consistent weather
Unlike many other parts of Germany, especially the north, the Lake Constance region has been less affected by extreme weather, Vetter says. "There have been isolated hailstorms, but in and of itself we've been able to enjoy regular precipitation."