"Before the Mid-Autumn Festival, a large number of kiwiberries were launched, the number of fresh fruit orders increased significantly"

Entering September, domestic kiwiberries have been put on the Chinese market one after another. Affected by the pandemic, the policy and the economic environment, the overall planting area of ​​kiwiberries in China for the 2022 season has increased slightly compared with the previous year, but the ratio of increase has decreased month-on-month.

At the beginning of the domestic kiwiberry market, Mr. Xie Hailong, the head of the marketing department of Meihaojiayuan, a professional kiwiberry planting base, introduced this unique fruit and the market trend in recent years to us. 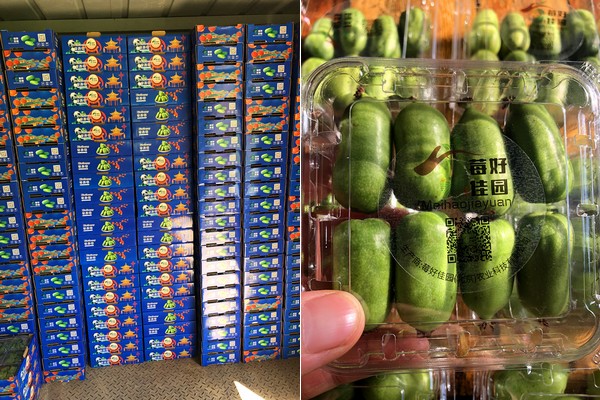 Mr. Xie first introduced the production of kiwiberries this season, "The transplanting and planting seasons of winter and spring in 2022 is the season when the pandemic spread and saw outbreaks on a large scale in China, which will have a great impact on the sales market of seedlings.

"Affected by rain and freezing damage, the fruit setting rate of kiwiberry in the 2022 season has decreased compared with the previous year, and the main producing areas of Jiangsu, Shandong, Hebei and Northeast China have all been affected. Due to different planting conditions and geographical locations, the flowering of kiwi berry trees starts from the south to the north. It starts in late April and early May at the earliest and ends in the middle and late June. During the flowering period, the cloudy and rainy days in some areas lasted for a long time, which affected the pollination during the flowering period. " 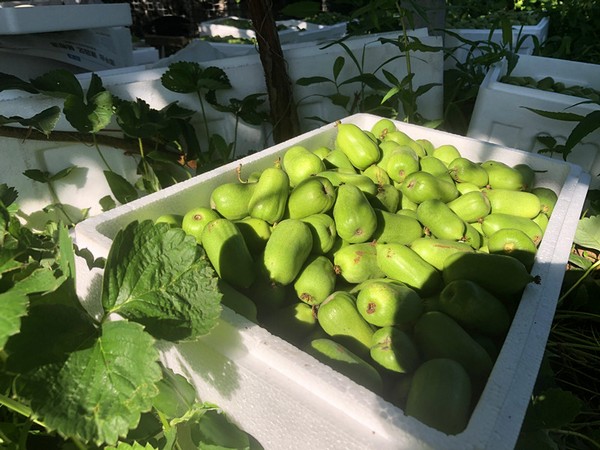 Entering September, domestic kiwiberries have been put on the market one after another.

"Late-ripening varieties are suitable for the climate conditions in the north, are resistant to storage and have good commercial properties. The planting area of ​​the Liaoning production area accounts for about 50% of the total planting area in China, mainly distributed in coastal areas such as Dalian, Benxi and Dandong. In Shandong and Hebei production areas, the cultivation is mainly distributed in Yantai, Tangshan and other eastern regions, and the cultivation of late-ripening varieties is the mainstay. " 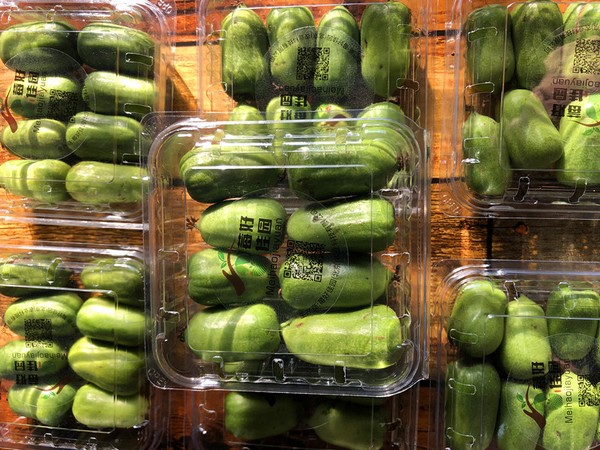 "In terms of the market, the prices of fresh kiwiberries in Beijing's Xinfadi, Gaobeidian and other bulk wholesale markets have dropped compared to July and August. As the Mid-Autumn Festival is approaching, affected by the festive atmosphere, supermarkets, live commerce, online retail and other selling channels have joined in, and the market has high enthusiasm for consumption, and the number of fresh fruit orders has increased significantly compared with August."

The Mid-Autumn Festival is a golden period for the consumer market. According to market demand, Meihaojiayuan has launched two well-designed packagings, "a boutique book-shaped box packaging suitable for gift uses and a 125g small box packaging suitable for retail markets such as supermarkets and live commerce. The book-shaped packaging box is printed with traditional Chinese elements such as pavilions, big drums, auspicious clouds, and Chinese knots, implying the Chinese spirit of prosperity, harmony and reunion,” said Mr. Xie.

"Meihaojiayuan has been engaged in the cultivation of kiwiberries since 2009 and has been engaged in the research and development of tissue culture and seedling cultivation of kiwiberry tree varieties since 2012. The kiwiberry fruit is imported, and the price is very expensive, easily 400-600RMB/kg. The high price of fruit has also made the seedling market soaring.” Mr. Xie said.

“In terms of planting, we have summarized the planting experience and carried out technological innovation. According to the characteristics of the kiwiberry, which prefers shade and is afraid of direct sunlight, we invented an auxiliary support bracket for kiwiberry planting, and a technical patent has been applied for it. The auxiliary bracket can not only shade and cool down, but also water and maintain moisture, one-key start, and automatic management, which is conducive to reducing costs and improving quality. In terms of the market, the development path of secondary production was extended, and kiwifruit wine was developed, which improved the effective utilization rate of fruit." 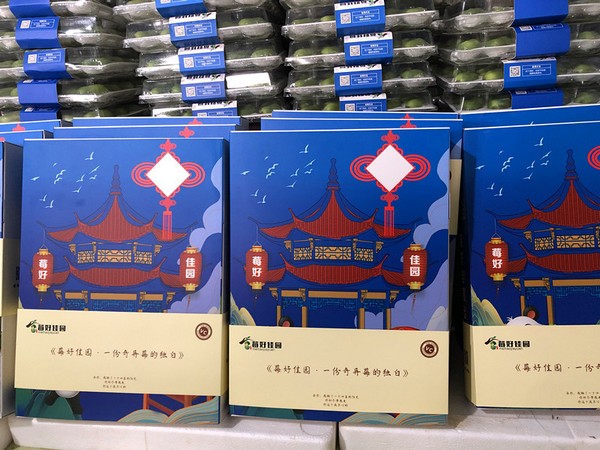 In 2018, Meihaojiayuan launched an ecological industry poverty alleviation project, and established demonstration planting bases in Liaoning, Hebei, Shanxi, Hunan, Gansu, Fujian and other places, and adopted an integrated development model of planting, management and sales to promote the ecology of the kiwiberry industry.