"The PGI table grape campaign will peak in early September although it started in mid-August. It is a mere choice based on quality, which must not drop below the usual standards with a color and Brix level excellent for consumption," reports Salvatore Lodico, president of Consorzio di tutela dell'Uva da tavola di Canicattì Igp. 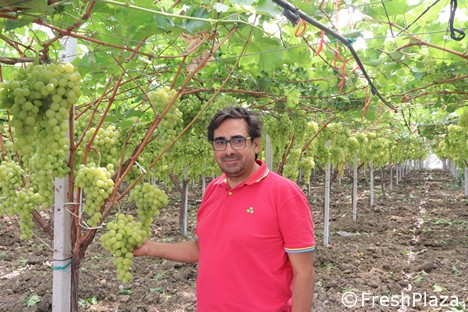 "Quality is excellent this year, something we hadn't seen in years. Brix level is already high due to the drought we have been experiencing for weeks."

"Demand is rather slow at the moment, at least 20% less than last year, but we expect it to go back to normal in October when a lot of the fruit will not be available." 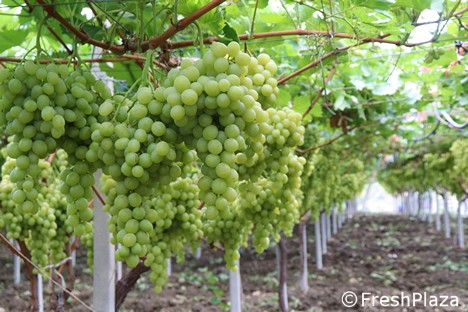 "In line with the purposes of our Consortium, we have taken part in a project for the promotion of Italia grapes - the only variety with the PGI mark - with big retail chains operating on the EU territory. This initiative comes at a time of great difficulty for producers, who have to deal with a 40% increase in costs."

During the interview, president Lodico stressed the high quality of the grapes. The origins of this variety date back to the early 1900s, when agronomist Alberto Pirovano crossed Bicane and Moscato d'Amburgo vines. The first grafts however took place in Canicattì in the 1930s and large scale production was achieved over forty years. 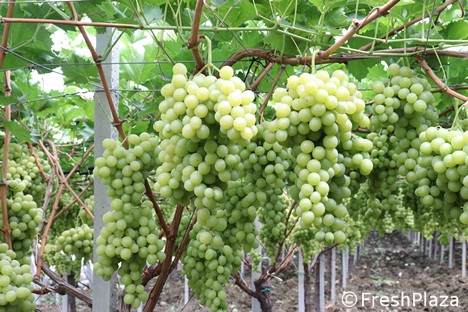 Uva da tavola di Canicattì IGP is produced in overhead trellises and, for medium-late productions, vineyards are covered with plastic films to guarantee the conservation of grapes, which can be harvested and commercialized fresh in the fall-winter period until mid-January.

The fruit is in fact stored in cold environments and cold storage units at a temperature between 0° and 1°C with a humidity of 85-90% for maximum 90 days.