Two brothers from a leading Australian fruit company have taken time out and swapped the farm life for the dirt roads, all to raise money for the Australian Royal Flying Doctor Service.

Gavin and Stephen Scurr took part in the Outback Car Trek in June and this year it was their eighth time taking part in the annual event, raising nearly $20,000 for the charity.

"The trek is around 3,500 kilometres generally, and mostly all on dirt roads," Gavin Scurr said. "We go through remote communities where residents don't see too many visitors. That's the best part, mixing with the local communities; we might stop at a small school, for example, which will put on an event and hold a raffle as a fundraiser and we help with that. Giving them a few dollars each as we drive through means a lot to them. There are around 60-70 vehicles taking part, and they are mostly 40 years old and two-wheel drive vehicles. That’s part of the challenge, we’re driving on roads that most people don't take four-wheel drive vehicles on."

All throughout the year, Piñata Farms produces pineapples, Honey Gold mangoes, strawberries and specialty berries, from remote locations in the Northern Territory to the Sunshine Coast, the high country of southern Queensland, and southern Tasmania.

Managing director, Gavin is based on the Sunshine Coast while North Queensland operations manager, Stephen is based in Mareeba. This year's event travelled from Parkes in New South Wales to Hervey Bay in Queensland. 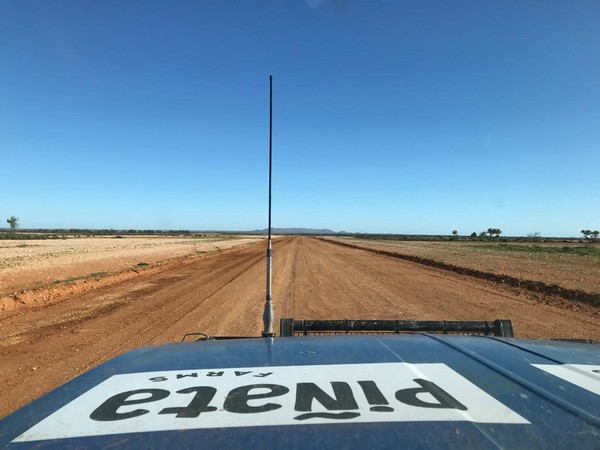 Gavin explains that the towns travelled through benefit from the event, with nearly $40,000 added to the local economy – although the main beneficiary of the event is RFDS.

"Most people know of the Flying Doctor because of their emergency (medical) retrievals, and ability to get people out of sticky situations," Mr Scurr said. "The Flying Doctor touches over 400,000 people per year, which equates to one every two minutes. People in rural communities can’t drive around the corner to a doctor or a dentist, or other medical professionals. As we talk to the people in these towns, they all have personal stories, either themselves or family or friends. Some wouldn’t be alive without the RFDS. Every cent raised by the Outback Car Trek goes to buying equipment as it is not supported by the government." 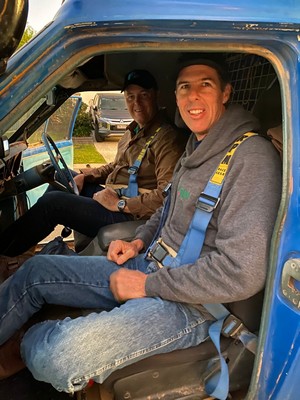 Across the 32 treks, the event has raised $32million to date. The Scurrs became ardent supporters after one of their farm managers in the Northern Territory and his wife were seriously injured in a car accident and helped by the RFDS.

"One of our farm managers at Katherine, a few years back, was heading back home to Griffith for Christmas with his wife and two young boys," Mr Scurr said. "Five hours down the road, out of Katherine, they had an accident, running off the road and rolling a few times. They were very badly hurt, and while they have mostly recovered, I know they wouldn't be alive without the Flying Doctor.

"Another personal story was when my wife Julie and I were camping on the Birdsville track, in the middle of Australia, miles from anywhere. When we were packing up, we heard an agonising scream nearby – a man had cut his finger off using a caravan jack. His wife was understandably in a panic, so I put him in my car and drove him to the nearby station and called the Flying Doctor in Port Augusta. As soon as they gave an estimated arrival time of 48 minutes, the whole situation changed, everyone calmed and he was quickly treated and able to continue on his way, rather than bleeding to death."

Even though the event is over for 2022, the donation page is still open and can be reached by clicking here. The Scurrs plan to take part again next year.