Crunch Time Apple Growers announced that SnapDragon™ is now the official apple of the Buffalo Bills, a match made in the Empire State. Born at Cornell University and grown across the state by more than 150 family farmers, SnapDragon is as New York as the Buffalo Bills, so it’s only natural for the two to join forces.

“The Buffalo Bills organization is top-notch, from the players and coaches to the people working behind the scenes. Crunch Time is thrilled to join the team as the first-ever official apple of the Bills,” said Jessica Wells, executive director, Crunch Time Apple Growers. “With both the Bills and SnapDragon having Western New York roots, it seemed like a perfect match.” 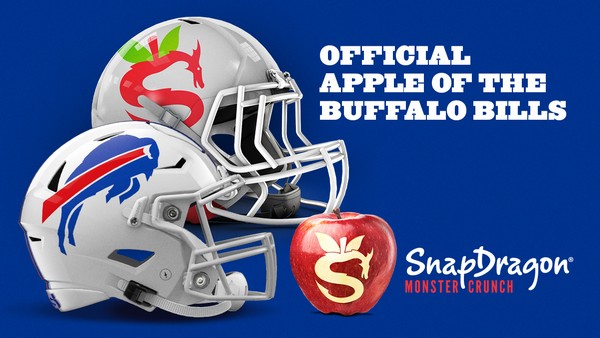 SnapDragon™ is now the official apple of the Buffalo Bills.

SnapDragon apples boast a spicy-sweet flavor with a hint of vanilla; think Sweet with a Snap. As the Bills make their way toward a winning season this year, fans can make their way to grocery stores throughout New York State, including Wegmans, Aldi and Tops, to grab a SnapDragon apple for a half-time treat. For fans outside of New York, they are also available at Publix, ShopRite, HEB, The Fresh Market, Harris Teeter and many other retailers.

“We are thrilled to welcome SnapDragon to the Buffalo Bills partnership family,” said Dan Misko, senior vice-president of business development at Pegula Sports and Entertainment. “As the
first-ever apple partner, we are excited to see SnapDragon apples throughout Highmark Stadium on game day and at different events centered around youth, health and wellness.” 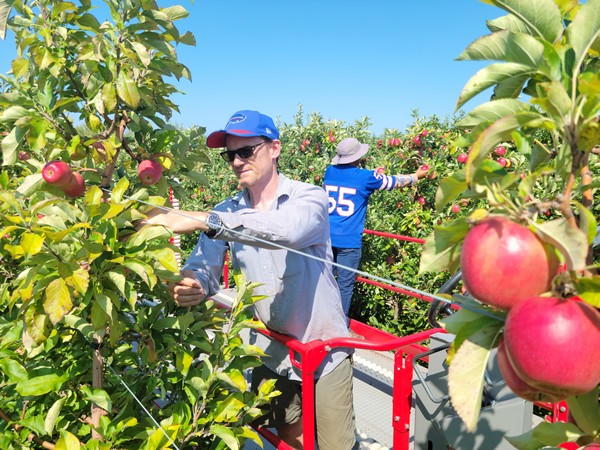 The apples will also be featured in select menu items throughout the Bills' stadium.

Fans will be able to learn about and taste the apples on the Billevard during the October 30 game (against Green Bay) and during the December 11 game (against the NY Jets). The apples will also be featured in select menu items throughout the stadium.