The campaign of Red Label apricots has now ended. Jérôme Jury, apricot producer and president of ODG Qualité Fruits Plus, looks back on this recovery year for the label.

“The season went rather well despite some production hazards. Our volumes were limited because of the frost earlier this year and the summer drought. We had great difficulties to meet the needs of the orchards which had a significant water deficit, even exceeding what we had experienced in 2003. Some varieties, like the Bergeron which is particularly sensitive to the heat, have suffered a lot, with a Mediterranean climate that extended beyond the Rhône Valley.” 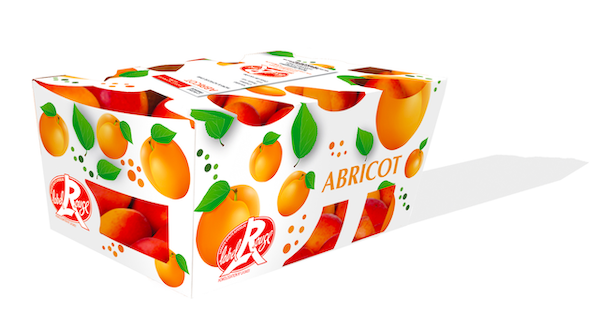 Volumes affected by weather conditions
The excessive temperatures, together with the lack of water which lasted over several weeks, have of course impacted the production and the amount of apricots eligible for the Red Label. “In order to perform well, an orchard must be especially conceived to grow Red Label fruit. Our main disappointment had to do with the calibers obtained. The Red Label has very demanding specifications so we ended up with fewer apricots eligible for the label than initially expected.”

Fluid sales and high demand
In spite of the disruptions in production, this recovery year has been rather positive. “All the factors were in place for a successful stone fruit campaign. Very little competition from Spain, very hot summer which boosted the demand, particularly high sugar levels and sustained prices. Mass retailers also played a role in this success by delivering on their commitment to promote apricots at the right time, during production peaks. This proves that the PDO has done a great job. Sales were fluid and even with a lower harvest potential, we were able to sell our merchandise at good prices.”

“We were afraid that the relatively high prices would stop consumers from finding added value in the Red Label apricots. However, the demand was good from the beginning of the season and constant until the end, which proves that the product was appreciated by the final consumer and that it meets a real need. Sales were regular, with some disappointment as we were not able to satisfy all the demands due to a lack of products.

"The fruit is harvested from the tree at optimal maturity, with a shipping delay of 5 days maximum, post-harvest, so we had to work on a just-in-time basis. Retailers also appreciated our cardboard trays and the feedback we received was generally very positive. We can conclude that this has been a successful recovery year.”