Edilson Hernandez, Prime Tropics: "Next year we will start with the Buddha hand campaign at the request of our customers in the Netherlands"

"Within 48 hours of being harvested in Guatemala, the customer receives our finger limes in Europe" 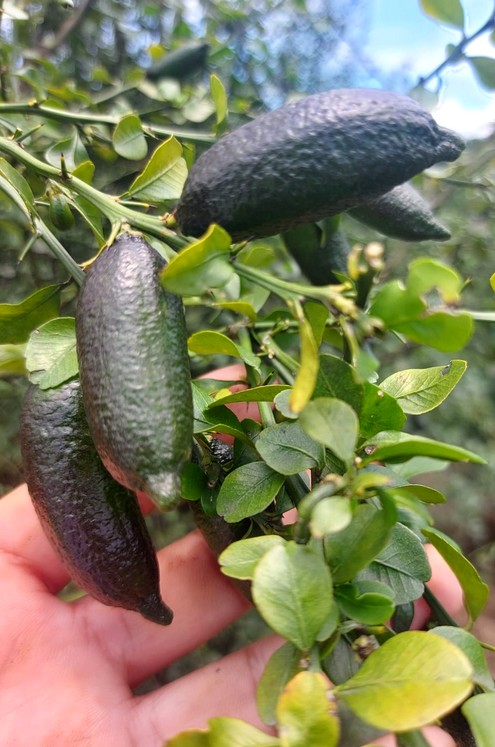 Guatemala's finger lime production, managed by Prime Tropics, will begin to increase in the coming months ahead of November and December. "Right now we are obtaining about 500 kilos per week, but at the peak of the season we will be harvesting up to 2,000 kilos per week," explains Edilson Hernandez, manager of the Guatemalan firm that has established itself as the largest exotic producer in Central America, with the capacity to provide a continuous supply of finger lime all year round.

"We have increased the number of finger lime trees in our plantations to a total of 20,000, so that next year we will be able to expand our production to 3,000 kilos per week." 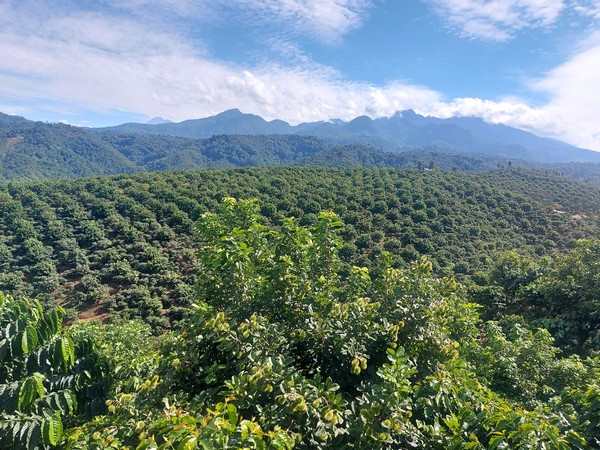 "We market the finger limes in Europe," says Edilson. "We airfreight the product to the Netherlands in one-kilo packs and to the French and German markets in 40-gram clamshells. Air freight rates are still high, but air freight capacity has improved. For example, from Guatemala we have 4 weekly flights to the Netherlands or France, so within 48 hours after harvesting, the customer has the fresh produce in Europe. The additional advantage of our finger limes is that they have a shelf life of up to 30-40 days; this is a big plus when it comes to freshness." 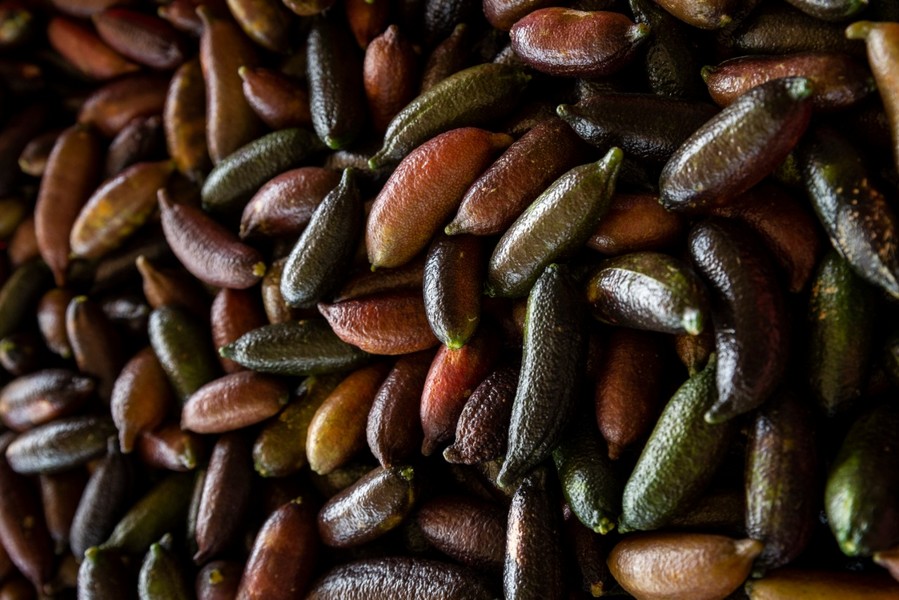 Finger lime is an exotic citrus fruit which has found an interesting niche in the European market, and although it is mostly produced in Guatemala, it is still largely unknown in Central America; however, this lack of knowledge also entails great potential to boost its consumption, as was the case with rambutan.

"When we started in 2007, nobody knew about it. Honduras produced some rambutan, but very little, and in Guatemala it was very difficult to market it in the first season," recalls Edilson. "But thanks to promotion and advertising campaigns, today Guatemala consumes large volumes of rambutan. With finger lime, we are considering undertaking a similar promotional campaign in Central America, so that people can get to know it; in fact, we have already carried out some tests in the most exclusive restaurants in Guatemala and the product has been very well received." 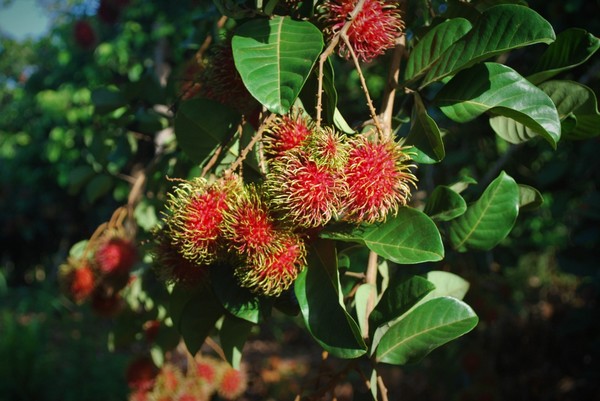 Regarding rambutan, the season will end in mid-October, after having started in May. "The demand in the U.S. market has so far been good. We are selling a lot to retailers, which is helping us keep the price stable, because in the wholesale markets there is usually more fluctuation. Producing the fruit has been a challenge this year, because fertilizer prices have doubled; and besides being more expensive, there is no availability in the market. For this reason, we have been arranging purchase programs in advance, in order to have some backup and be able to apply them in our plantations. We have not been using agrochemicals for 10 years now, but we need fertilizers, because we cannot produce without them. 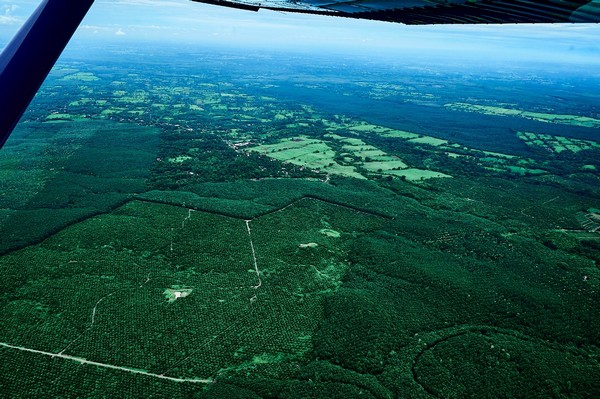 Successful first durian export campaign to the United States
The policy adopted by Prime Tropics not only covers environmental issues, such as production without the use of phytochemicals or insecticides, or the protection of biodiversity; the company has implemented strict policies on sexual harassment, human rights, health, safety and labor welfare, freedom of association and collective bargaining, discrimination, forced labor or equal opportunities for women (who, in fact, make up 90% of the workforce at the company's packing plants). Prime Tropics is also developing a reforestation project, promoting the donation of trees in schools, through which some 200,000 trees have already been distributed, says Edilson. The firm is growing in terms of social commitment as it also strengthens its leadership in the cultivation of exotic fruits in the region. 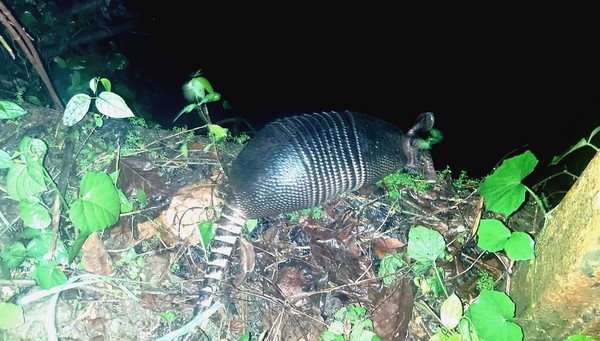 Armadillo photographed at one of Prime Tropics' farms.

"We have included durian in our range. We currently have 7,000 trees planted, but this year we are going to reach 10,000. This first durian export season to the United States has gone quite well." 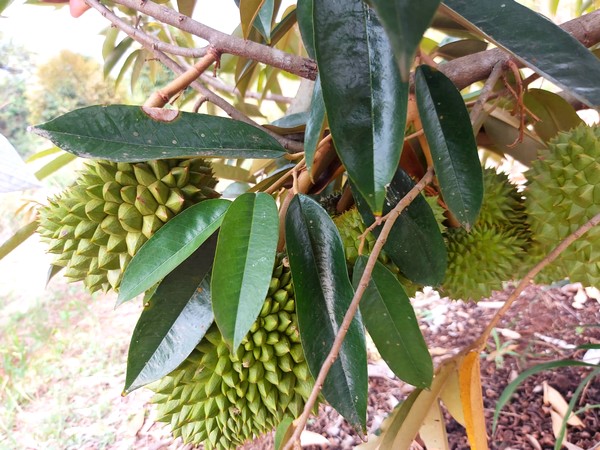 "We took samples to an Asian market to have them do a Brix evaluation and to assess the organoleptic properties of the fruit, and they were delighted with the flavor. They said it was excellent. We are very excited about it." 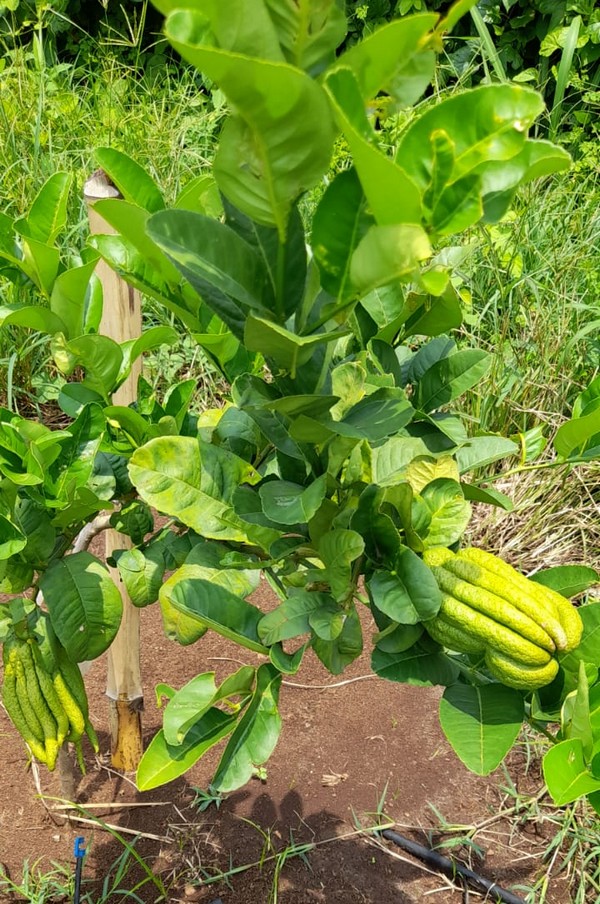 "And next year we will start with the campaign of a new exotic crop: the Buddha's hand, at the request of our customers in the Netherlands. We already have about 2,000 trees planted and we are ready to have marketable volumes in 2023," says Edilson Hernández.