Parallel to the Italian figs already available, the first Turkish batches are now slowly but surely arriving on the market. However, the main volumes are not expected until late August/early September, as soon as the Italian goods disappear from the scene, says Hüseyin Gürbüz, specialized importer at the Munich wholesale market and managing director of Efendi Fruchthandel Ltd.

Gürbüz has already been 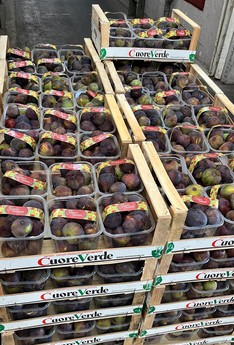 offering his wholesale customers an extract of Italian figs for quite a few weeks. "The Italian season started relatively early, but due to the heat the qualities have been partly catastrophic so far. At the moment, we are mainly selling black figs from Puglia (right), where it hailed this weekend, as well as the first Turkish figs. There's hardly any produce coming in from Greece at the moment." According to the wholesaler, it will probably be necessary to wait until the end of the month for the coveted black figs from the Turkish growing region of Bursa.

Weak sales situation
Similar to many other growing areas in the Mediterranean region, the heat has also been extremely hard on Turkish fruit growers, Gürbüz continues. "Last year, we already had a lousy fig year with below-average stock. This year, the signs were also particularly bad, not least because of the ongoing heat wave. But according to the latest information from our producers, fig stocks are looking relatively good at the moment."

Gürbüz also points to the weak sales situation. "Many have gone on vacation again after two pandemic years, which in turn affects the volume turnover at the wholesale market. This has had a noticeable impact on sales not only of figs, but also of many other fruits."

Peak season from the end of September
According to Gürbüz, the decisive factor is how the marketing situation develops until the start of the classic peak season - at the beginning of September. "By then, the majority of European stone fruit, such as nectarines, peaches and cherries, disappear from the market, which usually benefits sales as well as fig prices. Furthermore, the supply of Italian figs will also run out in about three weeks, which is why Turkish goods will only be in direct competition with Spain from September. However, the latter source plays more of a supplementary role in German wholesale." 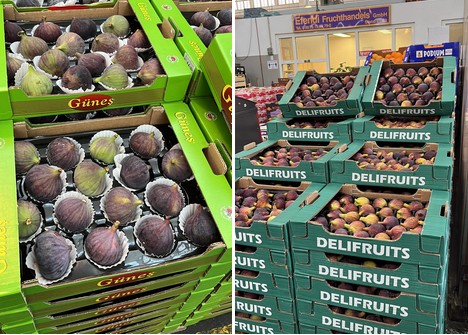 Turkish figs in food retail
In recent years, the Turkish fig has been able to assert itself as a fixed component of the seasonal fruit selection, Gürbüz further emphasizes. "Although we are mainly dedicated to supplying wholesalers, Turkish figs are also increasingly finding their way to German food retailers, which in itself is a welcome development. On the other hand, there are always new trend products in the fruit trade: For example, 15 years ago we were able to sell huge quantities of Turkish sugar apricots because the fruit was new at the time. In the meantime, however, this trend unfortunately has fizzled out."