Bringing sustainable greens and pesto products to Italy and beyond

“We created a sustainable and competitive business model producing food that doesn’t have a negative impact on the environment,” says co-founder Thomas Marino, who is also in charge of marketing and sales within the company.

Founded in Rome, Italy, The Circle has set its efforts to remedy soil erosion, water consumption, and climate change. The four co-founders combined their knowledge in biotechnology, technology, farming, and marketing and created the company. The Circle is a hybrid aquaponic farm based on the outskirts of Rome and grows over 28 crop varieties. Whereas most of them are leafy greens that are particularly cultivated for restaurants.

Thomas says that they were the first to introduce aquaponic farming in Italy using this kind of farming technique. Since little was known in the country about aquaponics, it took the co-founders a while to get to the right method that balanced out revenue and proper production. Right up to the present, the company is still adding partners to its organization as it takes more than one to succeed. 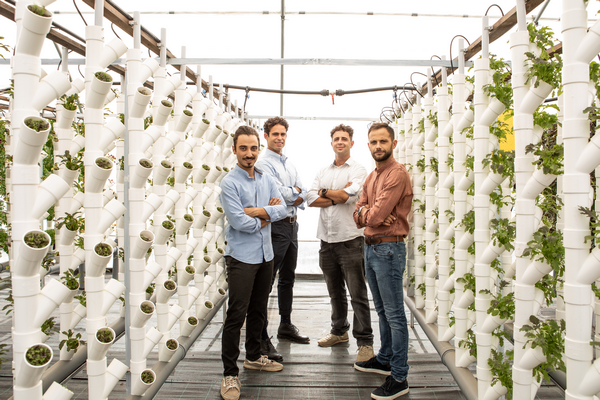 Newest launch
Recently, a new milestone has been reached as the Circle has introduced its newest tower: “It’s our 2.0 vertical tower version that is able to answer all our needs.” Using an NFT system for the towers, the farm counts up to 45,000 plants. That is translated back into 18,000 towers on the 2500m2 cultivation site.

At this point, the company is raising funds to increase the number of farms in Italy and eventually all over Europe. “We’re really speeding up the development process to reach our goal, bringing production systems to other cities and other countries.” 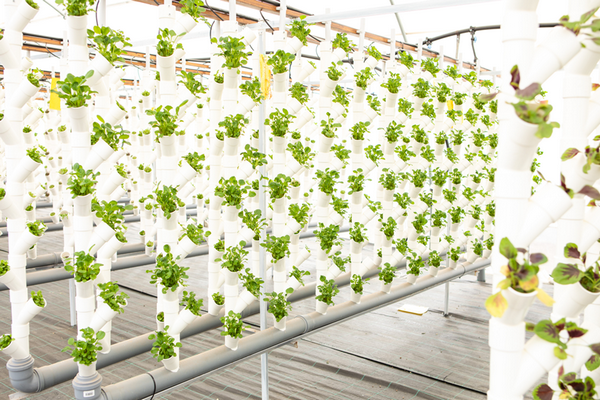 Tackling the Middle East
However, the Circle isn’t tied to Europe, as they have plans to boost the UAE zone, where various companies have expressed interest from the outskirts. Especially for crops such as baby leaves and grass.

“It takes a lot of time for European countries to make an investment in these kinds of projects, whereas the UAE is really opting to improve farming methods by 2030. I’d say that our solution is one of a kind in the vertical farming sector. Sometimes, it’s just better to grow with natural sunlight, saving massively on costs.”

Gaining momentum in Italy
Through a bunch of marketing and trials of the products, slowly, the skepticism of consumers faded out. It’s just that they had to try it before they could give their honest opinion about the product. Products are directly sold to customers, as it gives a certain validation of the product quality, as Thomas points out. 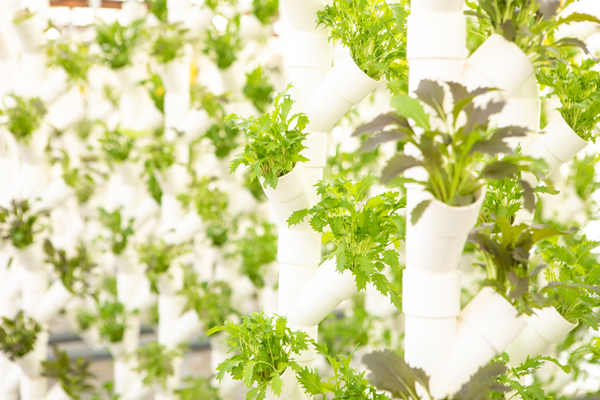 At present, the Circle isn’t focusing on growers, as they haven’t developed strong relationships yet. However, for now, the focus is to get acquainted with vertical farmers first. Since there wasn’t a code of activity for them, the Circle contributed to creating legislation in order to create a prime product for the Italian market. “We had to claim the quality of the product thus, raising awareness is crucial.” 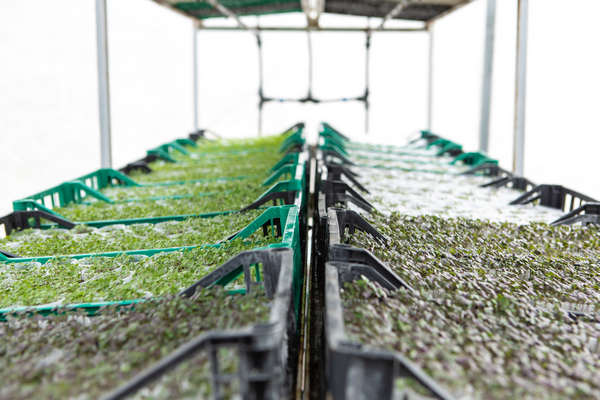 Introducing pesto
Damaged products are processed into pesto, which is one of its first: aquaponically. Thomas gives away that The Circle is working on product R&D such as mizuna, arugula, and other herbs. However, that’s a side project since all eyes are on the pesto, which will soon have new products added to it and introduced to the Milan area. Besides pestos, aromatic sauces and oils are on the schedule. “These side products grow very well with the fish we’re breeding.”