Obst- und Gemüse-Absatzgenossenschaft Nordbaden eG (OGA) and its affiliated sales organization OGV in Bruchsal and Heidelberg are offering a wide range of fruit and vegetables on a total area of 60,000 m2, which are marketed throughout Germany and in neighboring countries. The company's top products include asparagus, strawberries and soft fruit, sweet corn and plums and damsons. We spoke with Managing Director Hans Lehar during a tour of the company's halls about the development of these product segments, 70-80 percent of which are sold to food retailers. 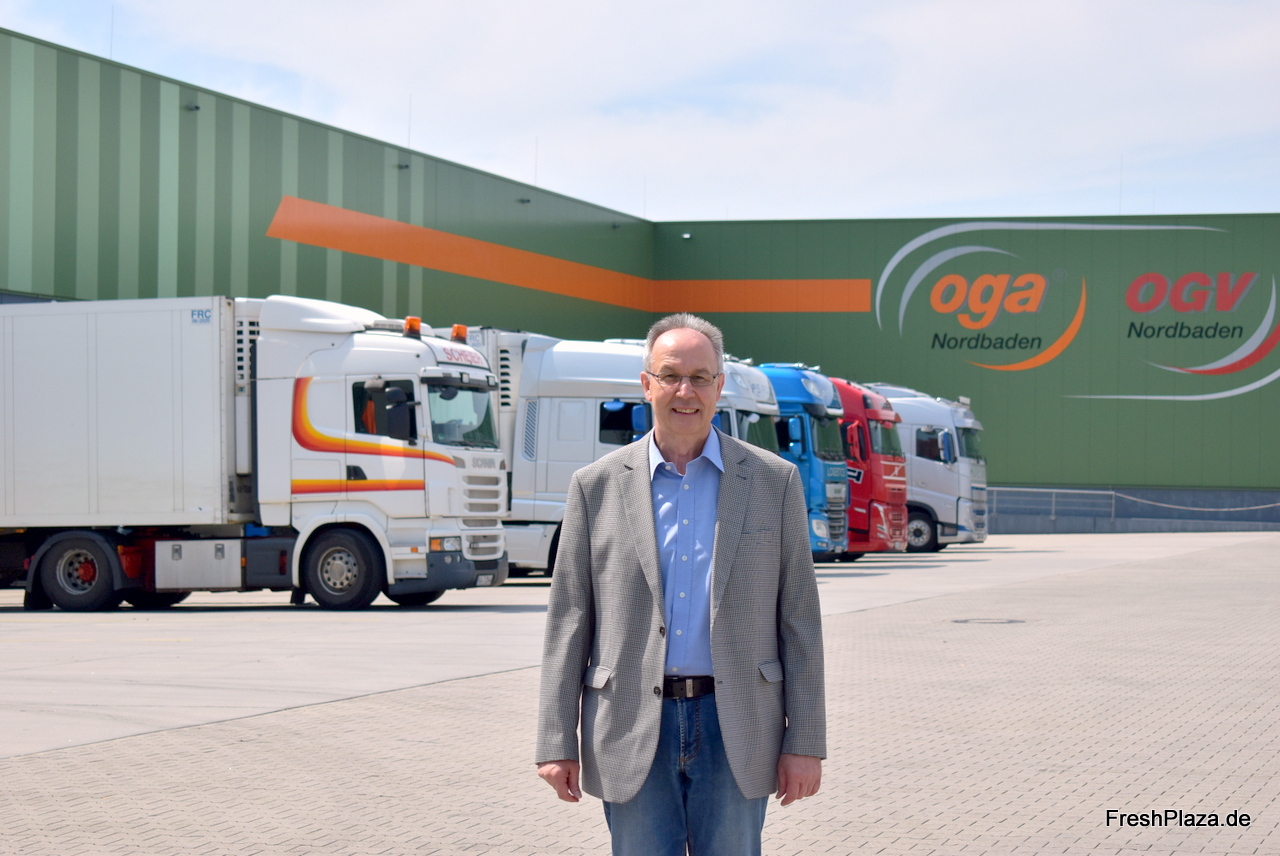 Hans Lehar on the OGA/OGV premises in Bruchsal

Successful development in soft fruit
Asparagus and sweet corn are the company's top-selling products. However, the soft fruit sector has also experienced a pleasing development in recent years. "The strawberry season has already ended for us. As far as currants, blackberries, raspberries, gooseberries and blueberries go, the season is still ongoing. The entire range of soft fruits has developed very strongly in recent years. For many customers, we market the berries through private label food retailers. This year, due to the dry weather, there are very good and stable qualities in almost all crops. Good harvest volumes throughout Germany put corresponding pressure on prices," says Lehar.

For all products, there were no higher prices compared to last year, Lehar said. "In the case of raspberries, we are particularly confronted with goods from competitors in Spain, Portugal and Morocco. Due to much lower production costs in these countries, German farms cannot keep up with their prices." It is extremely unsatisfactory that, in many product areas, German products are to be marketed at the same price as foreign goods. 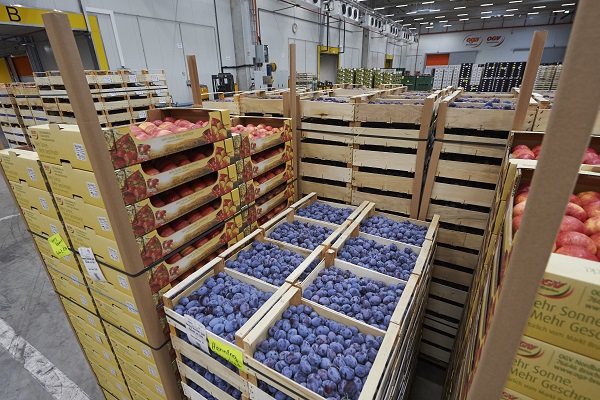 Organic share of eight to ten percent
"Strawberry and asparagus cultivation will continue to exist in Germany. However, due to the increasingly difficult general conditions, there will be a further decline in production. The number of farms will also decrease," Lehar suspects. The company produces blueberries, mainly of the Duke variety, via farms in Lower Saxony and another in Heidelberg. There are also good connections to farms in Eastern Europe with conventional and organic cultivation.

"Our organic share is now eight to ten percent. In recent years, the trend has seen an upswing, but this segment is currently stagnating because the Ukraine war has left its mark on organic produce. Consumers are saving on food and fruits and vegetables have clearly not developed as price drivers. Some customers do not carry organic strawberries, for example, because markdowns in stores were too high in the past. This reality is in stark contrast to the political will for a massive expansion of organic production in Germany.

Kiwi berries from Primland
"Since 2017, we have had a cooperation with Primland, the largest kiwi marketer in France and specialists in kiwi berries. We are their logistical platform for supplying the German market and take over storage and preparation for German food retail customers as a service. The season starts around mid/end of August and runs until October. Due to the extreme susceptibility to frost, I don't think the production of kiwi berries in Germany will have much of a future."

Asparagus accounts for 50 percent of total sales
Asparagus accounts for about 50 percent of OGA/OGV's total in-season sales. Lehar says, "The weather was optimal for growth. That's why there was a lot of produce nationwide, which unfortunately met with unusually low demand. After sharp price drops, many farms nationwide took 30-50% of their land out of production early on. This was a unique occurrence that I have not seen before in this form."

Buyers have always been the wholesale markets and specialist retailers. The restaurant industry also returned as a buyer of peeled produce this year. "However, the majority is marketed through food retailers. At the start of the season, the price was very high and within a short time it dropped sharply - this is not unusual. The main problem was simply the reluctance of consumers to buy, which also made itself felt in direct marketing," Lehar says, looking back. 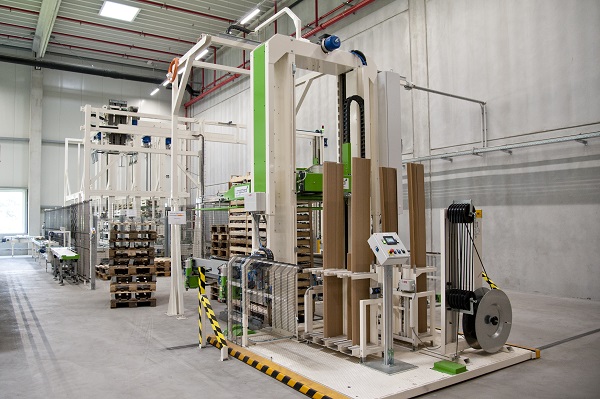 Asparagus season ended early in many places
In terms of volume, white asparagus had been more affected than green asparagus, but the situation was not satisfactory for either product. Alternative sales channels, such as the processing industry, were not an issue, he said. The canning industry and the frozen food sector are mainly supplied with low-priced goods from China, Taiwan and Peru. "For German asparagus, the fresh product is and will remain the most important sales channel - via food retailers, specialized trade, direct marketing and the catering industry," he said.

"Everyone knows that there has been an oversupply of asparagus for years. Despite this, too little has changed in production. I think that after this year there will be a serious upheaval in Germany's asparagus production nationwide. This means that farms will massively cut back their production or abandon it altogether. The cost pressure on the farms is so high due to extremely increased costs in all areas that only correspondingly higher revenues can stop this process. And unfortunately, I don't see this development at the moment. Up to 50 percent of our strawberries are now grown in tunnels. There are no longer many large outdoor farms. They are trying to be on the market as early as possible and to be able to deliver as late as possible - as long as the price and demand situation allow." 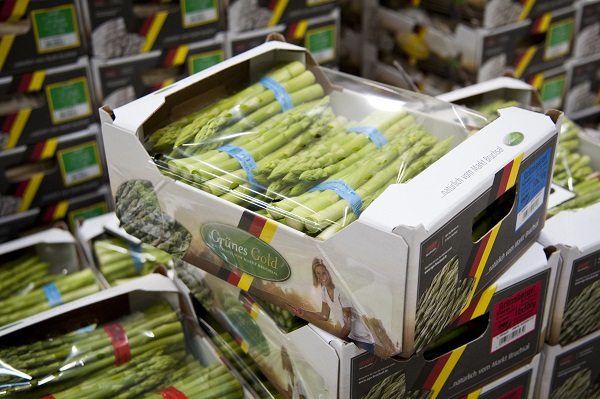 Difficult sweet corn season due to drought
The company's second most important product is sweet corn. This year, the drought is having a massive impact on the import business and also on German production. "Normally, we market sweet corn until the end of October. If the water continues to be lacking, we can expect an early crop failure here as well," Lehar concludes.

In the second part of the interview, Hans Lehar talked to us about, among other things, plum imports from Eastern Europe and activities in climate protection and the sustainable orientation of the company. This part will appear in the coming days.