Results of the cultivation of seedless grape varieties in Sicily

In mid-August, about 15-20 days late, the Sicilian 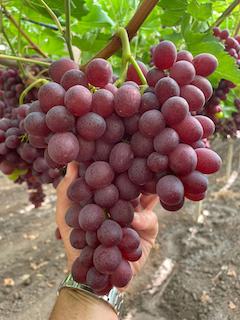 In 2020, the company joined the family of IFG licensees and in 2021 it also begun a partnership with SNFL, planting over 15 varieties.

Sweet Nectar's grape is round and bright red with a delicate muscat flavor. The seedless varieties commercialized by the company also include two white grapes, Sweet Globe and Sugar Crisp, which are available in late August/early September and late September. The association currently has 80 hectares of seedless grapes and plans to reach full capacity by 2023/24 with a total of 350 hectares. 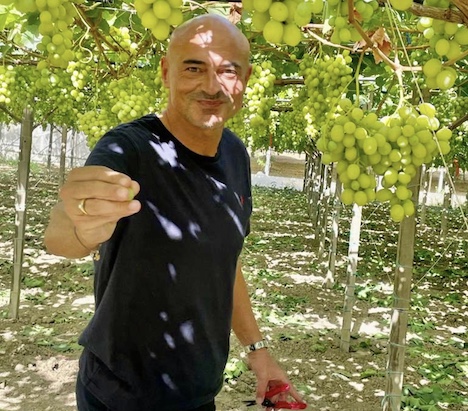 In the photo, Giuseppe Auteri is showing the first Sweet Globe grapes of Sicilian cultivation

"We produce patented grapes with a high nutritional profile and taste. The market is reacting very well to the first Sweet Nectar volumes thanks to the taste and sweetness of the grape. Sicily's Sweet Nectar develops a Brix value at least two points higher than that of the same grape in other growing areas, which brings the aftertaste of muscatel to a peak." 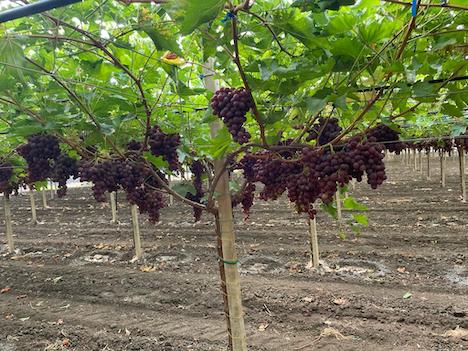 Cultivation of Sweet Nectar in Sicily

The growers' association was founded in 2008 based on a project by Giuseppe Auteri, who has been active in the fruit and vegetable sector for more than 20 years. Together with nine other growers, he decided to create a horticultural cooperative to meet the growing demand for quality fruit by Italian and foreign supermarkets.

Il Galletto's supply is wide and varied and has a wide range of early, greenhouse-grown grapes and Tarocco oranges.

In 2020, the company became part of the family of IFG licensees. The conversion and planting of the new varieties required considerable structural investment, since about 80 hectares of Italia grapes had to gradually be replaced by the seedless varieties.

"The collaboration with Il Galletto has been very fruitful from the 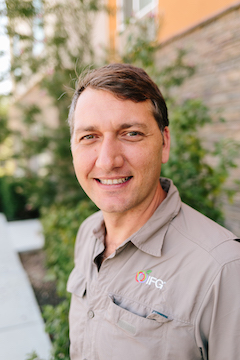 beginning, being able to establish a complete development plan for the IFG varieties in Sicily," said agronomist Pietro Scafidi, technical and commercial manager at IFG Italy. "The fact that the member companies were open to innovation and achieve a high technical level meant that a harvest of balanced and exceptional quality could be obtained as early as 18 months after planting."

"All the planted IFG varieties are doing very well in Sicily, and some, such as Sweet Globe and Sweet Celebration, have shown an interesting adaptability for growing under plastic cover, allowing an early harvest. The grapes have reached optimal Brix levels and ripen several weeks earlier than fruit under netting. Sweet Nectar, too, has meanwhile reached excellent quality standards and is thus ready for the first harvest, while Sugar Crisp, available from mid-September, is already showing the characteristics typical of this variety: beautiful elongated grapes with the golden color typical of Sicilian grapes." 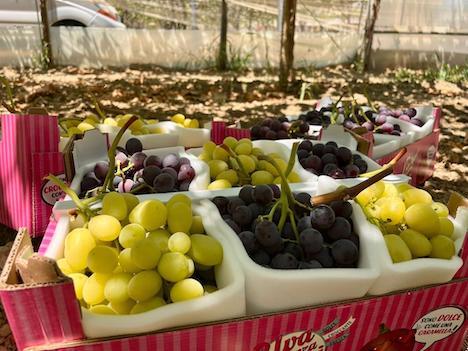 Sweet Globe and Sweet Celebration grapes in the pack

"At the moment, Sweet Globe and Sweet Celebration are the two varieties that perform best under plastic, both for their early maturity and productivity and for their excellent color and high Brix value. These results give me good hope with a view to an exclusivity project, since from next season the harvest should normally start in late June/early July," concluded Giuseppe Auteri.

Il Galletto stands out for having always managed to offer good value for money over the years. Thanks to huge investments, the cooperative brings high quality fruit to the market, while always trying to keep prices under control. The grapes are exported to France, Switzerland, Germany and the Netherlands, where Italian grapes have traditionally been in high demand from wholesalers, retailers and major brands such as Aartsen, who show great enthusiasm for the Sicilian Sweet Nectar for its extraordinary flavor and sweetness, as these are factors that make the difference in sales.