Peras de Rincón de Soto Protected Designation of Origin will begin its Conference pear harvesting campaign this year in La Rioja Baja on Monday, August 22. The PDO expects to harvest around 20,000,000 kilos of pear. This figure will be lower than in 2021 due to the high temperatures experienced in recent months, which contributed to the reduction in the size of the pears in general.

In La Rioja Media, the campaign will begin on August 25, when the harvest starts in Arrubal, Agoncillo, Fuenmayor, and Logroño. The start of the collection will be defined in the coming days for the rest of the municipalities in the area, as well as for the Hormilla area. The Technical Services of the PDO continue carrying out maturation controls to determine the optimal moment to start the harvest.

For this campaign, Peras de Rincón de Soto PDO has 1,263 hectares, i.e. 31 hectares more than last year, and a new record of associated hectares. The PDO still has 20 commercialization plants, which is almost all of La Rioja's commercialization sector. 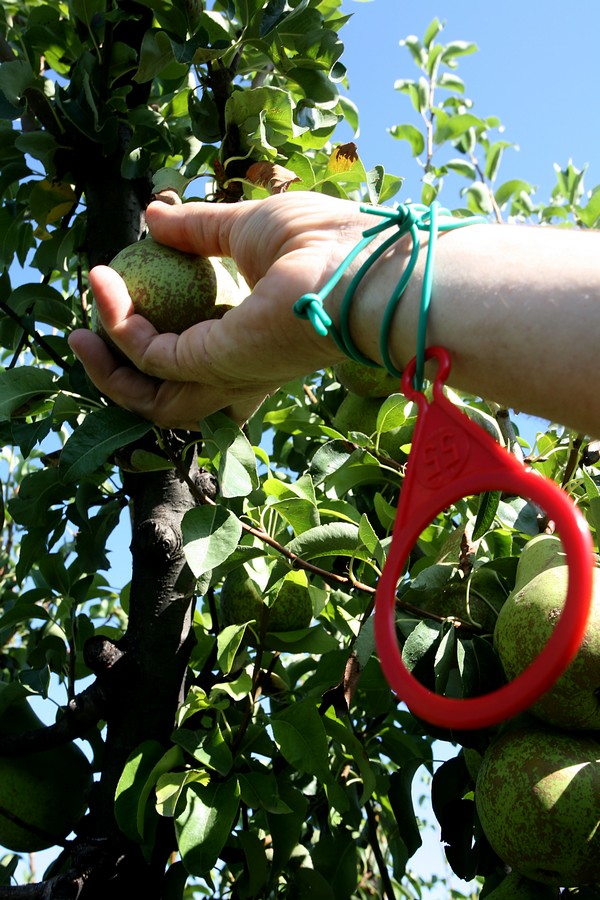 of the year 2022
In 2002, Peras de Rincón de Soto was recognized as a Protected Designation of Origin, becoming the first pears in Spain to have this distinction.

They are marketed packaged and labeled with the distinctive "Peras de Rincón de Soto", and this year they also have on their packaging the distinctive "FLAVOR OF THE YEAR 2022". This distinction, which recognizes the quality of the product, is a widely recognized distinction on the market, which enjoys the confidence of professionals in the food sector and consumers.