Oliver Wanner, Giovanelli AG, on the supply situation for pineapples and exotics: 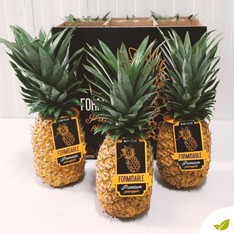 of the first ready-to-eat pineapples a few weeks ago, the Costa Rican season has now officially begun at Swiss fruit importer Giovanelli AG. However, it will not be until September/October that there will be increased shipments from the Central American country of origin, says Oliver Wanner, product specialist at the Swiss fruit trading company. The fruit trader says that a difficult season lies ahead, partly due to the continuing tight freight situation and a reduction in acreage in Costa Rica.

Prices in the pineapple market remain high and stable due to high freight rates, Wanner said. "Costa Rican pineapple producers lost a lot of money during the crisis and are looking for new outlets to secure their livelihood. Instead of pineapples for the fresh market, they are now increasingly switching to processed goods, such as for the fruit juice industry, which in turn affects the supply situation. As a result, we will already have 15 percent less produce available from Costa Rica this year."

Costa Rica still market leader
During the so-called 'natural flowering' or natural blooming period in July and August, the first volumes of newly harvested MD2 pineapples already hit the market; in September and October, the presence of Costa Rican produce will then gradually increase, after which the classic peak season starts in winter.

Wanner: "In the summer, demand is correspondingly lower and the market is served by goods from Panama, Colombia and West Africa, in addition to Costa Rica. Overall, Costa Rica is still the market leader with a market share of around 60-70 percent, while Panama and Ecuador have been catching up in recent years." 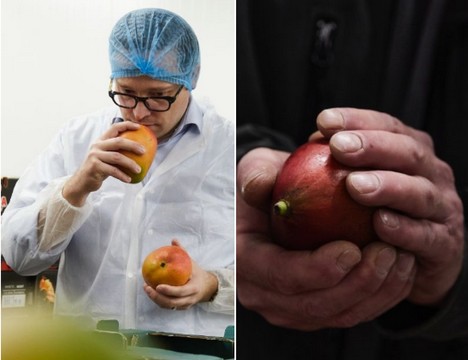 Regarding both pineapple and mango imports, air freight rates have more than doubled in some cases.

A significant portion of the goods goes to Swiss retail or retailers in other European countries, while the remaining portion is marketed via stand sales at Engrosmarkt Zurich, Wanner describes. "Large-caliber pineapples - such as 5s and 6s - with a unit weight of around 1.8 kg are most popular in the premium segment. Smaller calibers - i.e. 8s to 10s - on the other hand go to the discounters. Thanks to our product diversity and strong price-performance ratio, we have been able to establish a high position for ourselves in the exotic fruit sector in Europe. In the case of air-freighted mangoes, for example, we are now one of Europe's leading suppliers."