Higher retail prices of organic fresh produce during the second quarter of 2022 generated a 3.7 percent increase in total organic dollars but also contributed to a decline in organic volume of 2.8 percent, according to Q2 2022 Organic Produce Performance Report issued by the Organic Produce Network (OPN) and Category Partners. 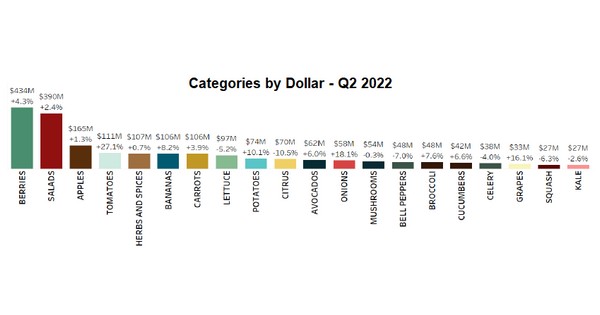 “Seeing a decline in organic volume for Q2 suggests food budgets are under stress in many U.S. households,” said Tom Barnes, CEO of Category Partners.

Barnes believes organic substitution explains why organic bananas had a particularly strong quarter in Q2. “Bananas are one of the lowest-priced organic fruits and have the smallest price spread between conventional and organic. For the quarter, while nearly every other organic fruit declined in volume, bananas increased in both dollars (+4.3 percent) and volume (+4.0 percent),” he said. 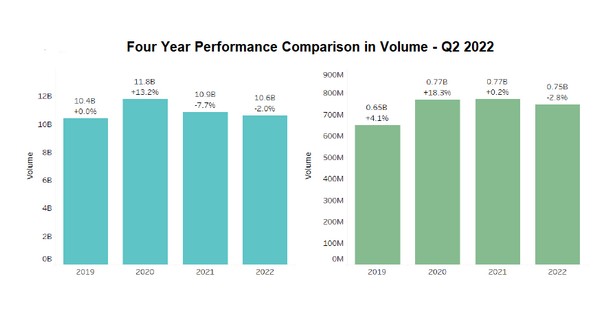 Geographically, all four regions of the U.S. showed increases in sales and decreases in volume for the quarter. Organic performance during Q2/2022 was weakest in the Northeast, where dollars increased by a mere 0.4 percent, and volume fell by 6.1 percent. The South continues to show the most improvement year over year, and with a fairly low ACV compared to the Northeast and West, data suggests the South is poised for continued growth.

“While there are likely some difficult months ahead, the long-term potential for continued organic fresh produce growth remains unchanged,” said OPN Co-founder and CEO Matt Seeley. “Inflation and supply chain challenges have impacted pricing in the short term. However, organic fresh produce will remain an important component of weekly food shopping.” 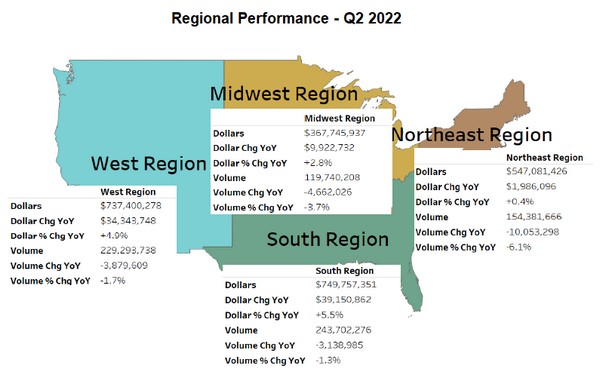 Conversely, blueberries posted the largest decline in dollars, with bell peppers and squash also showing noticeable declines. Berries and salads continue to be the top organic produce categories by total sales, responsible for nearly 40 percent of all organic produce dollars. 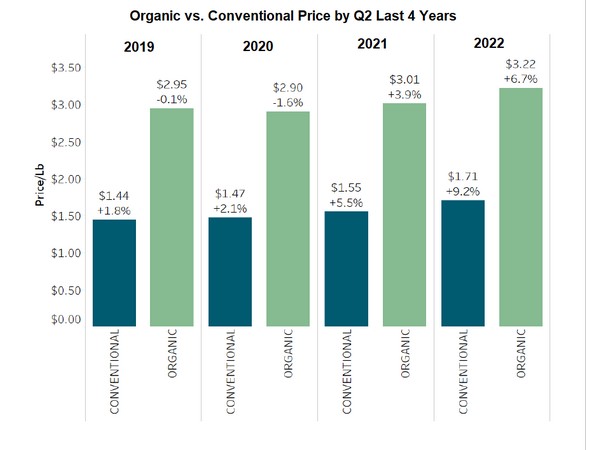 The report covers total food sales in the U.S., including all outlets over April, May and June of this year. The full report is available on the Organic Produce Network website here.