How a cover sheet can make a difference in cherry orchards

In some favorable climatic areas of the Apulian coast, farmers begin harvesting covered cherries about 15 days earlier compared to open field crops. Usually, the first harvests occur around 12-13 April, with prices well above €20.00/kg, quotations that tend to decrease gradually thereafter (late April) until they hit €8.00/kg. At the same time as the covered harvest is completed, the fruits in the open field also ripen, but the initial prices of these productions, although high, are paid to producers around €4.00- €6.00/kg, and then drop rapidly, as has happened in the last two years. 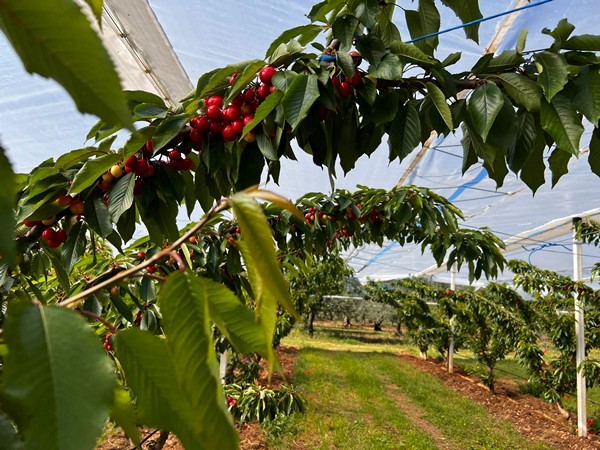 The price difference between covered and uncovered-grown cherries is due to the lower quality and size of the latter, as well as the poor coloring and texture caused by springtime climatic stresses (such as winds, sharp temperature changes, or direct light).

Covering cherry orchards has therefore become essential, as it allows not only to start the season well in advance, but also to secure the harvest and ensure superior quality for customers. One of the solutions on the market capable of guaranteeing these results is the PolyFilm-Ultra covering film from the company Retiplast. A new-generation film capable of filtering solar radiation with targeted physical manipulation of the solar spectrum and an 83 percent increase in diffuse light, as well as a total light transmittance level of 87 percent.

"The high diffusion of solar irradiation allows us to obtain many agronomic advantages. These include the development of gradual heat, optimal temperature control inside the cover to avoid sunburn to the fruit and burn to the leaves, and the absence of shade and increased photosynthesis, thus promoting a uniform vegetative development and fruits of better quality, size, color and texture, as well as an advance in ripening of 15 days. Based on what we hear from our farmers' clients, one hectare of covered cherry trees is equivalent to eight hectares in open fields," said Walter Ruggia, head of technological innovation at Retilplast, the company that designed and manufactured the innovative sheet. 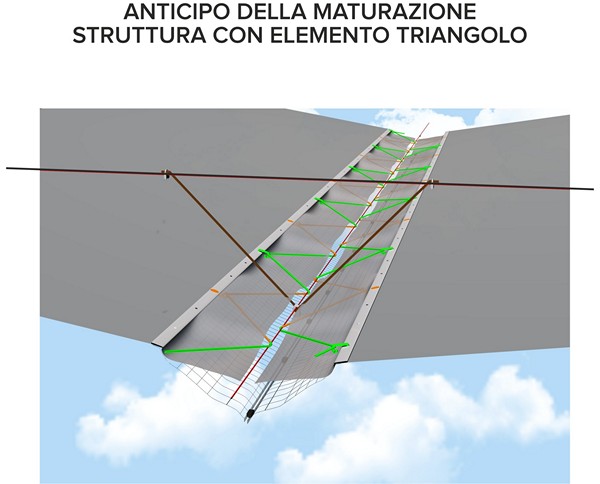 "An additional factor that contributes to earlier ripening is the air circulation regulation system under the cover, an important element for a harvest in terms of quality and quantity. Regulating the amount of air inside the canopy was a problem solved by Retilplast through a state-of-the-art manufacturing process, which allows one of the side reinforcements to be tucked in about 50 cm from the edge of the sheet." 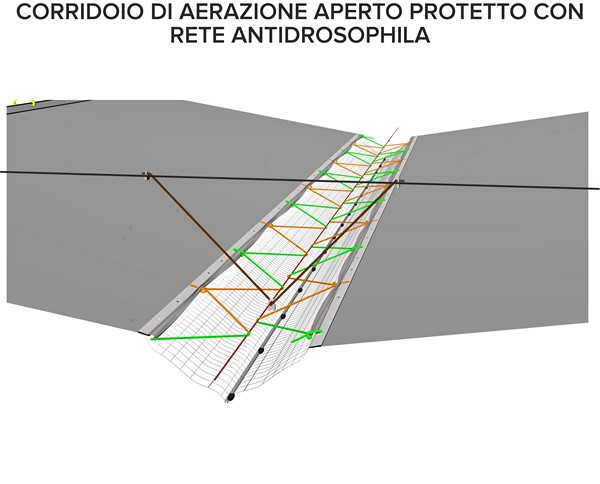 "This technique of built-in reinforcement allows the air circulation to be regulated, since the central aisle opening can be manually adjusted between a width of 0 ÷ 100 cm (see catalog pages 14 and 15). Optimal conditions are temperatures to be maintained between 22 ÷ 28 °C. The most delicate stage is flowering and subsequent fruit set when the aeration corridor must be fully opened to create a fairly dry climate. Even if the sheet in the central corridor is opened to facilitate aeration, the corridor always remains protected by anti-hail or anti-Drosophila nets, which are connected to the sheet through a stitching technique over its re-entrant reinforcement (see page 13)."

Durability of PolyFilm-Ultra
PolyFilm-Ultra is supplied in accordance with European standards EN 13206 with high solar radiation resistance of 500 KLY, corresponding to class E. The film is used for the months of January, February, March and April only, adding up to a total exposure of 47.8 KLY (data taken on the latitude of Bari); this results in a shelf life of about 10 years. When the cherry harvest is finished, the sheet is collected and stored on the plant, where it is wrapped and protected by the POD, a white protective sheet (see catalog pages 18 and 19). 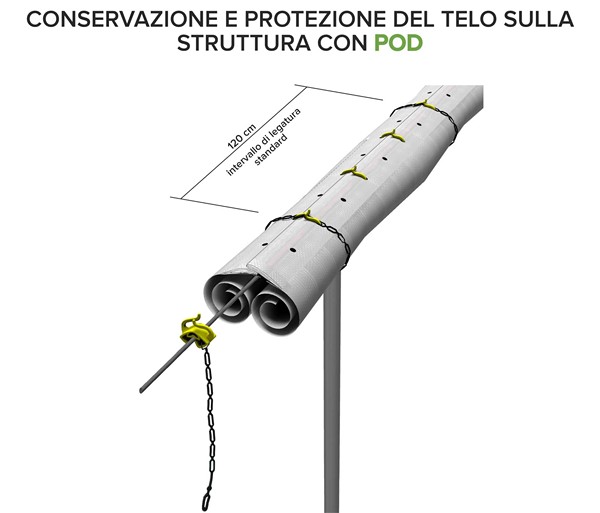 Plant cost and amortization
The cost of a one-hectare roofing plant with Retilplast materials is about 70 thousand euros. Depreciation can take place in one year if installation is done in the fourth or fifth year after planting.

Some data of a cherry orchard covered with PolyFilm-Ultra examined in the province of Bari:

Data from a planting with coverage completed in the fourth year after planting:

Number of plants per hectare: 650

2. Data from a planting with cover performed in the fifth year after planting:

Number of plants per hectare: 650