At the 12th Biennial conference in Dandenong earlier this month, David Pearson and Tony Spurling were given the honour for their service to the industry. Mr Pearson, who also previously owned Country Fresh Herbs, is retiring from the committee because he wants to spend more time travelling with his wife Marika.

"What I have done with the HFF, I have done because I wanted to do it," Mr Pearson said. "I have got more out of it than I could ever have imagined. This is just an honour that I just cannot thank everyone enough for, and I look forward to keeping in touch with everyone, but equally spending a little bit of time for ourselves as well."

The HFF also announced Tony Spurling as the fifth life member of the organisation. He became involved in the industry when he set up Gateway Hydroponics in Coldstream, Victoria. He joined the HFF in 2001 and was nominated in 2006 to the committee.

"You don't join an organisation like this to get as much as I have out of it," he said. "You get out more than you put in and I certainly feel that over the 21 years in the industry that is what seems to happen; we get out so much more than we put in - I almost feel guilty about it. It's a fantastic organisation and we have a fantastic bunch of people."

Construction of a greenhouse industry in Mongolia 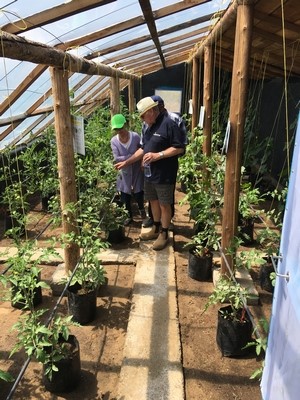 One of the many projects that Mr Pearson passionately worked on during his time at the HFF, and is most proud of, was helping people in Mongolia establish a greenhouse, by sharing his experience from the Australian industry, including resources, knowledge and finances.

"Back in 2011, my wife Marika and I were doing some philanthropic work helping people in Mongolia," he said. "And I walked out of the airport lounge at Ulaanbaatar, the capital, and on my way into the city, I thought to myself that we could change the whole country with hydroponics. If you know nothing about Mongolia, the temperature can range from minus 50 degrees to 38 degrees (Celsius) - growing in that situation is very difficult. So, if you couldn't plant and harvest anything in 60 days, there was no point in planting. The people we knew over there were only eating their animals, not fruit and vegetables." 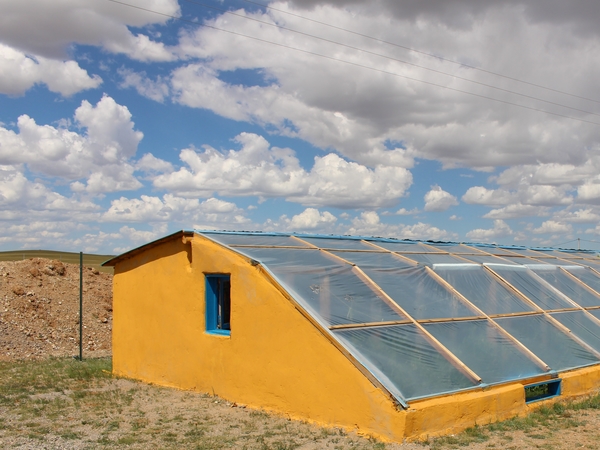 About every decade, Mongolia experiences a weather event called a Dzud, which is a summer drought followed by a wet and snowy winter, and this kills a lot of the fodder to sustain herds - as a result of the 2010 event, 8 million animals were lost and the people were left with nothing for basic sustenance. 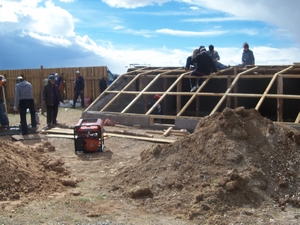 After the Dzud, Samaritans Purse Australia, with whom Mr Pearson was involved, established a vegetable-growing commune. In a village of 38 families, a well was dug and a 300 square metre single-skin poly greenhouse was established to grow basic produce. In addition, the city of Ulaanbaatar pumps free hot water (86 degrees) throughout the city homes, which was identified as a heat source for the greenhouses in the city but not country areas.

"Around that time, we put out our hand brought them out to Australia and they attended our conference, and we taught them a bit about hydroponics," Mr Pearson said. "After a couple of years, they came up with an idea of what a greenhouse should look like that would work for them in the country areas. Now what has happened is that they have become 260 days a year of being productive, by using simple stuff that they came up with themselves. I took over some cheap LED grow lights and hung them up, and they work in their climate which goes down to minus 50."

So, hydroponics and greenhouses added many weeks on either side of the three-month growing season, effectively doubling the production window. But it was not just the establishment of a greenhouse, it was educating the people of Mongolia. Host Turkuu Yadmaa was sponsored by the HFF to visit Australia and some greenhouses, network with local growers and attend a previous HFF conference, where he gained valuable skills to take back home - and he embraced the whole concept and its possibilities for improving the lives of people in his country. 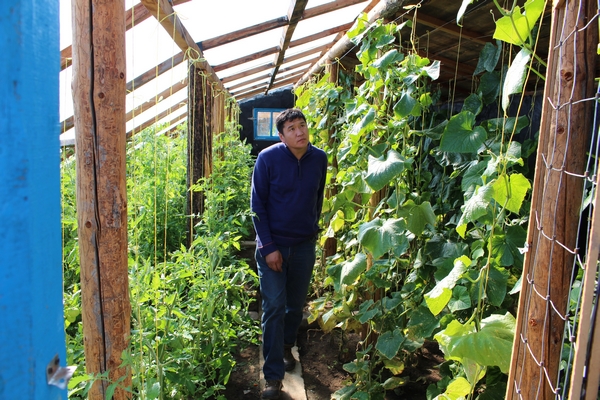 Since returning home, Mr Yadmaa has built more than 100 small locally designed and built greenhouses that are producing vegetables - and they have now upgraded to LED lights and using yak dung for heating. Mr Pearson says learning how some basic and simple growing systems have ensured that people and livestock have enough food to eat despite their harsh climate.