Eden Fruits on the marketing potential of Algerian dates

In the past decade, dates have been able to establish themselves in both conventional and organic markets. Apart from well-known sources like Israel, Tunisia and the Middle East, Algeria has also been able to assert itself as a reliable supplier on the international market. We spoke to the management of Eden Fruits Ltd, a specialized trading agency based in Kehl am Rhein, about the status quo and the marketing potential of dates on the German and international market.

As the sole marketing partner of its sister company Ziban Garden, Eden Fruits is responsible for marketing the entire export volume, not only in Germany but also in other European countries, Asia and the US. "The latter sales market had almost completely collapsed due to the pandemic, but in the meantime we have been able to win some customers again. In Germany, we supply almost all well-known chains, either directly or through intermediaries. In terms of organic dates, we are particularly proud of the certification of the Japanese organic seal JAS, which comes with extremely high quality standards - especially with regard to nature preservation - that cannot even be compared to Germany or other markets. This will open doors for us." 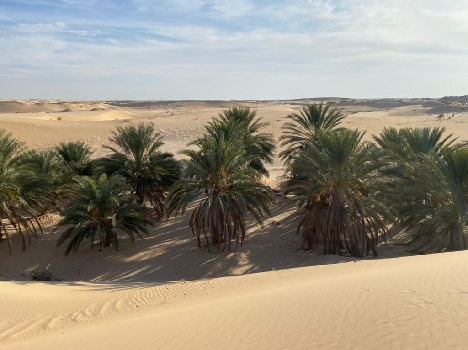 Conventional dates mainly grow in the desert, which is why you have to deal with water shortages and insects. Organic dates, on the other hand, grow in oases. The dates are pitted manually.

Pandemic and war
Meanwhile, price pressure from retailers had increased noticeably during pandemic times, with a corresponding impact on margins given fixed contracts and rising freight and packaging costs. ''We were only able to get a small cost increase in some contracts with these issues, and thus ultimately only covered a portion of the additional packaging costs. These cost increases have been further exacerbated with Russia's invasion of Ukraine since the beginning of the year."

No added sugar
In total, the organic share comprises about 30% of our volume (5% of the volume of the Algerian market), and compared to conventional dates, the price level of organic produce is generally 25% higher, he said. "A significant portion of the organic yield goes to the US, although organic dates are also gaining popularity in Europe." Varietal selection of Algerian date production is also crucial, he said.

"Algerian date producers are mainly dedicated to the production of the Deglet Nour variety. This date is much smaller compared to the conventional Medjoul, with a unit weight around 7-9 grams. Due to the fertile soil and the unique microclimate in the growing region, our Algerian dates score with a unique taste, fleshiness and shine. The natural sugar content is relatively high, which is why we can completely - in the case of the Deglet Nour dates in Algeria - do without added sugar (which is common in other growing regions)." 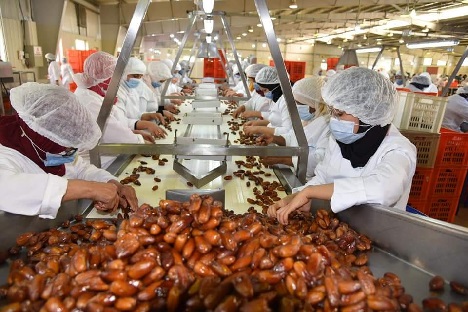 Algerian dates are certified organic several times: Organic EOS, Organic NOP, Organic JAS. Furthermore, they have the following certifications, among others: IFS-Food, BRC-Food, Cosher, Halal and Vegan and in a few days we will be the first Algerian date producer to receive the Fairtrade certificate.

Small containers and carton packaging
While the date in neighboring countries, such as France, is still mainly sold with pits, the pitted fruit is now common in the German trade, he said. "Up to 80 percent of the volume in Germany amounts to pitted goods. In addition, dates are predominantly offered in small packs, either 200 or 250 grams, in food retailers here, although certain chains have also listed 400 gram packs. In terms of packaging type, cartons, corrugated cardboard or wood are very popular at retail."

Marketing potential for date products
Dates are usually harvested in October, after which the newly harvested dates are successively exported starting in November. ''Sales peaks still occur between August and December and during the Ramadan period. During this period, additional sales of up to 35 percent are sometimes achieved."

In addition to dried dates, processed by-products, including syrup, paste and stuffed dates, are also finding increasing favor with consumers. "Natural foods such as dates are obviously in vogue, and we are making corresponding efforts to further exploit this potential. For this reason, it is a matter of the heart for us to be present at the important events, such as BioFach Nuremberg and BioFach America, so that we can consolidate and expand contact with the buyer."