On an uncharacteristically rainy July morning FreshPlaza paid a visit to the 120 hectares of strawberries grown by Echoberry/In2Food at the foot of the Magaliesberg Mountains. 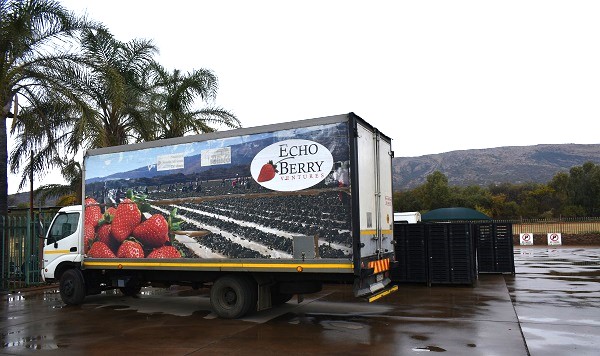 The airport and many distribution centres are within an hour radius

The strawberry enterprise, among the largest in South Africa, annually produces between 5,000 and 6,000 tonnes of strawberries of which more than 90% are for the local market but, Willem Buscop of Echoberry/In2Food points out: the local strawberry market is very sensitive to oversupply and without an export outlet to take off the edge during the peak season, a strawberry enterprise could run into trouble.

Peak season is approaching as strawberries is a winter fruit in South Africa. Prices have been good recently but when volumes to the market increase – as they do at the moment – the price falls quickly. 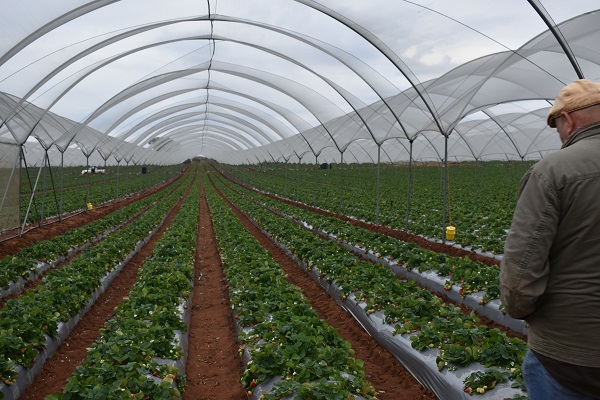 Competitive airfreight from South Africa
Echoberry/In2Food exports strawberries to Saudi Arabia and Dubai, as well as to Mauritius.

The strawberries are grown an hour’s drive from OR Tambo international airport and exports started in May this year. It’s been a good export season so far, Willem says.

South African strawberry exports to the Middle East have had a resurgence over the past three to five years, in part due to a contraction of Australia’s strawberry industry as well as South Africa’s competitiveness, based on the regularity of flights (airfreight prices are not expected to come down in the near future, though) and the good availability of air freight agents situated at the airport.

By September, when the strawberry season is at its peak at Echoberry whose winters are mild, export opportunities decrease and other regions resume their supplies to the Middle East.

Buyers at the Johannesburg and Tshwane municipal markets take Echoberry’s strawberries across the border to South Africa’s neighbouring countries. 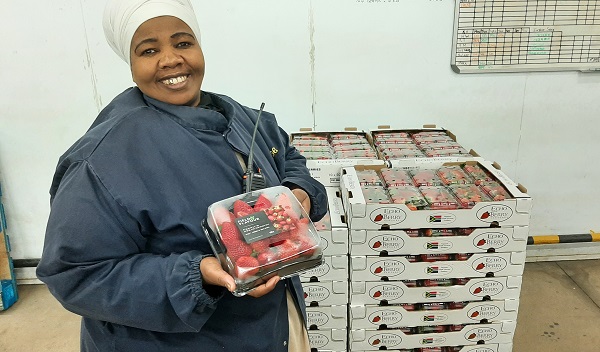 Strawberries are picked at sunrise and within the same day are supplied to all of South Africa’s retailers whose Gauteng distribution centres are within an hour’s radius, from where strawberries are daily flown to the rest of the country.

“At certain times of the year only class 2 fruit go for processing, to be used in yoghurt bases and jams and juices, but when the weather turns and the heat comes, the fruit spike and then you have an unbelievable amount of fruit and then we send class 1 fruit also to be processed,” he says.

Willem notes that their season increasingly overlaps with that of the Southern and Western Cape, but the more southern regions tend to go on into January with their crop. 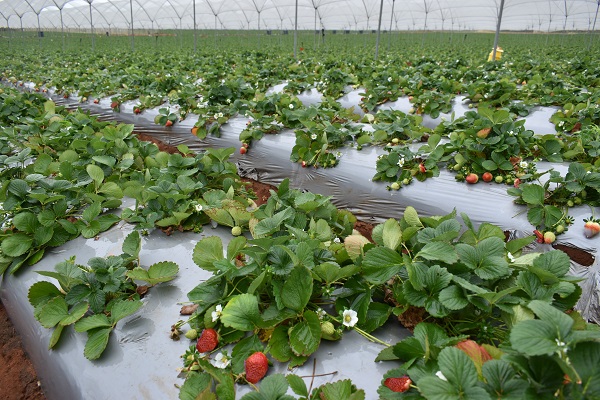 Forty years of strawberry experience
Willem grew up on the farm next door, where his father, newly immigrated from The Netherlands, bought a one hectare strawberry farm in the late 1970s. With a school friend and now longstanding business partner Philip Cox, they acquired 4.5 hectares of strawberries on Glenwoods Farm (where strawberries have been grown since 1949) in 1991 which they have since expanded with the purchase of neighbouring citrus farms, now converted to strawberry fields.

All grown under netting – the area is known for hail – and in the soil, Willem likes to say that they are not fighting nature through trying to force year-round production: their strawberry season ends in November when summer temperatures climb. 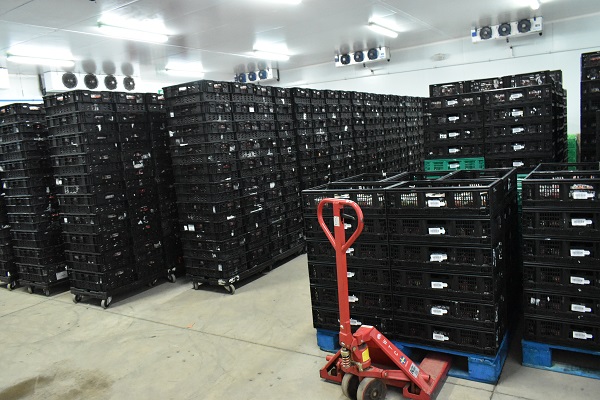 Packed strawberries, cooled to 2°C and despatched within hours of harvest

The small size of the local strawberry industry – around 350 hectares at last count but it’s definitely grown since, he says – limits the amount of chemicals registered for use.

The cultivars planted here in the North West Province differ substantially from those planted in the Southern and Western Cape. Echoberry has its own nursery and strawberry stools are replaced every year, as is the norm in the South African industry.

“We have trial blocks where we test new cultivars. We’re continuously looking for better taste and better shelf life,” he says. They visit strawberry production areas worldwide and over forty years have amassed a wealth of expertise in the field. 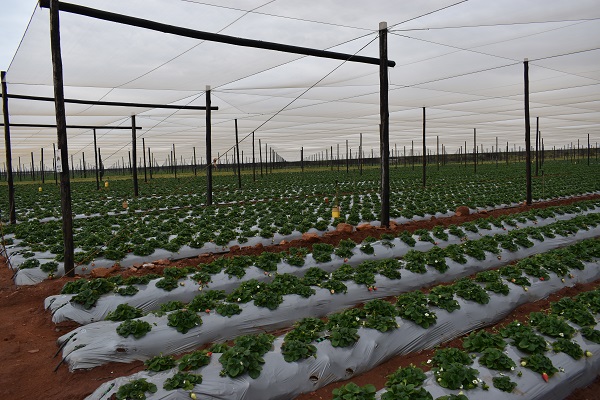 Rising costs and crime present major challenges
The enterprise is continuously expanding and open to new opportunities (in the export market as well) but farming has become an enormous challenge, Willem says.

“The cost of everything keeps rising: transport and fuel costs as well as packaging, and it’s all linked to the oil price. Every year labour costs increase and next year we expect the cost of electricity to rise again while with loadshedding we get electricity cuts of 4 to 5 hours per day. Fortunately the packhouse is on the same electricity line as the [platinum] mines which gets uninterrupted electricity supply. We are in the process of investigating solar electricity,” he says.

Unemployment and crime rates in South Africa are high.

“Labour-intensive industries are good for South Africa,” Willem observes; Echoberry employs 2,500 employees when the packhouse is running at full capacity.

He remarks that availability of labour, and the ability to manage large teams of pickers, is key to a successful strawberry enterprise.

“My concern is the disposable income that South Africans have after the past two years,” he says. “Purchasing power and buying behaviour have become uncertain since Covid. I think everyone shares a concern about the market, and strawberries is a niche product when you compare it to something like oranges or potatoes, but people did eat a lot of fruit during Covid.” 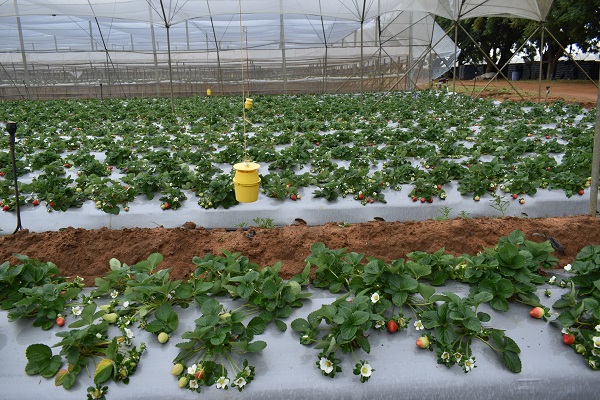