Ecuador’s banana industry faces further challenges following cold weather that has reduced production by about 25%, while some farms are also in phytosanitary quarantine. “It also coincides with a reduction in summer demand in Russia, Europe, the Middle East and other markets, which is normal this time of the year,” says Richard Salazar, Executive Director of the Ecuador Banana Marketing and Export Association (Acorbanec). 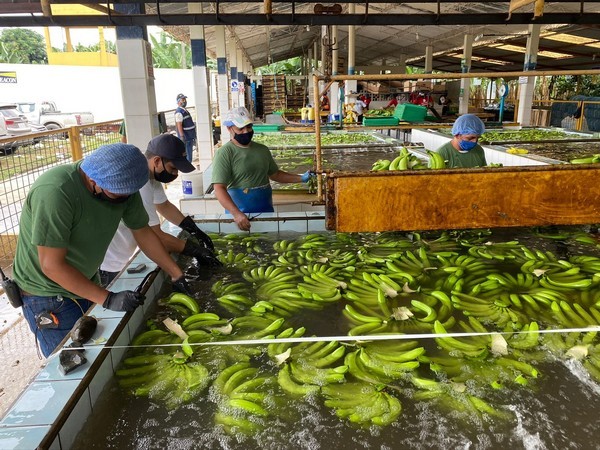 All these further challenges come just as banana producers in Ecuador, the world’s largest exporter of bananas, were hoping for a recovery to normal trading following a crippling nationwide protests at the end of June that lasted 18 days. About 2 000 containers of bananas could not be exported due to protests by the indigenous community that blocked key roads in the major banana production areas.

“Production and export activities returned to normal after the stoppage, however, now we have a reduction in the exportable supply because there are farms in phytosanitary conditions that are not suitable for exporting. On the other hand we have a reduction due to the climatic factor (cold) that has reduced banana production by an average of 20% to 25%. Losses due to the stoppage in Ecuador will hardly be recovered, as I mentioned earlier, cuts were suspended, contracted fruit could not be exported or sold on spot, unfortunately we had to assume the payment of the false freight generated by not exporting, the connection costs of containers in ports because many had to stay in the terminals for a week. These losses will hardly be recovered,” explains Salazar.

He says most of the farms affected by the phytosanitary quarantine are small to medium producers. “Due to lack of resources they were unable to carry out the different phytosanitary controls on Black Sigatoka. The cold is normal at this time but we are going through a phenomenon of the La Nina that seems to extend until September of this year. We expect production and market conditions to improve in the last quarter October, November and December 2022,” said a hopeful Salazar.

Despite the Ecuadorian banana industry calling for more sustainable prices for bananas, during a special meeting at Fruit Logistica in Berlin earlier this year, their request has fallen on deaf ears. “Unfortunately, despite all the increases in costs and expenses that are public and global knowledge, unfortunately for bananas, the worthy price that allows maintaining sustainability in the production and export of bananas from Ecuador has not been paid. We hope that the retailers become aware of this and pay better for our bananas to ensure the supply of food to markets such as the European Union and others,” appealed Salazar.