This weekend, tomatoes were flying around in the first village tomato fight in Tortugas, near Metepec, Hidalgo. About two tons of the fruits served as missiles, allowing participants to release stress and enjoy themselves in what was known as the Jitomatiza, reminiscent of the famous Tomatina de Buñol festival in Spain.

The tomatoes, many of which were unfit for sale due to imperfections, were provided by local producers. Children, adults and seniors all participated, some only enduring a few minutes of the tomato-fueled mayhem. Others remained longer in the battle zone. 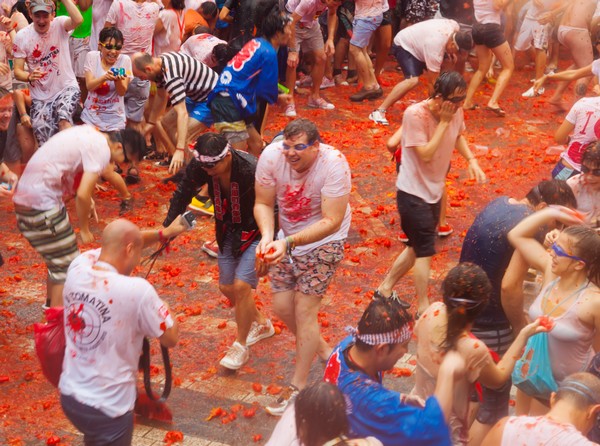 Some 30 to 40 minutes into the onslaught, energy levels dropped, and the two sides ended the friendly fight. Many of the participants promised that the tomato fight would be the first of many in Tortugas.

Officials had assured that the Jitomatiza wouldn’t be a waste of tomatoes, guaranteeing that all of the remaining tomatoes and puree would be collected and used as compost.