For the California Avocado Commission, social media outreach is one of its most effective means of engaging with its target consumer audience. In its pre-season, the Commission uses social to build anticipation that California avocados will soon be available. In-season messaging works to build brand affinity and complement retail and foodservice custom marketing support, and post-season activity maintains brand awareness. Since the start of CAC’s 2021-22 fiscal year (November 1, 2021), social content posted on California avocado social pages has yielded more than 13.5 million impressions. Partnership content created in collaboration with the California Avocado Commission and shared by TikTok influencers has yielded an additional 14.7 million potential impressions.

“Social media is a vital part of the Commission’s marketing plan,” said Jan DeLyser, Commission vice president marketing. “It’s an effective way to reach targeted consumers on the various platforms they prefer, emerging the brand in cultural moments and building demand and loyalty.” 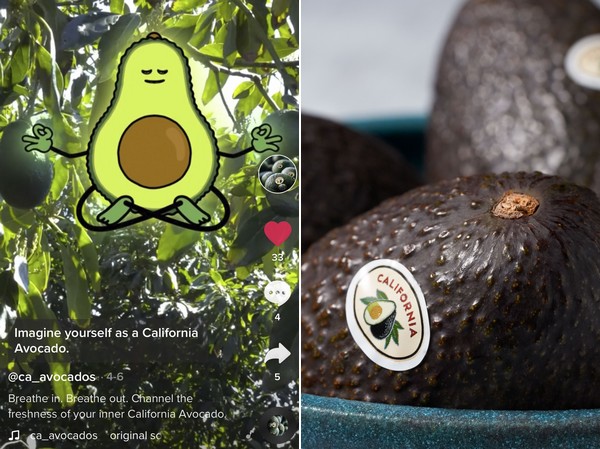 The Commission launched its TikTok channel on April 6 this year to engage with a younger consumer base that flocks to the video-centric social media. CAC created a tongue-in-cheek Avo-Zen video that featured an avocado meditating in a California avocado grove. Two subsequent California Avo-Zen videos followed on TikTok. Through July 12, CAC’s TikTok posts yielded 6,800 views.

The Commission partnered with Kelz, a social media influencer with more than 5.8 million followers. The Commission released on TikTok its Road Trip recipe “Redwoods” video, which features the preparation of a California avocado recipe in the middle of a state forest, and a week later Kelz posted a duet of the video on his TikTok platform. The duet has yielded more than 112,000 views and more than 13,500 engagements to date. 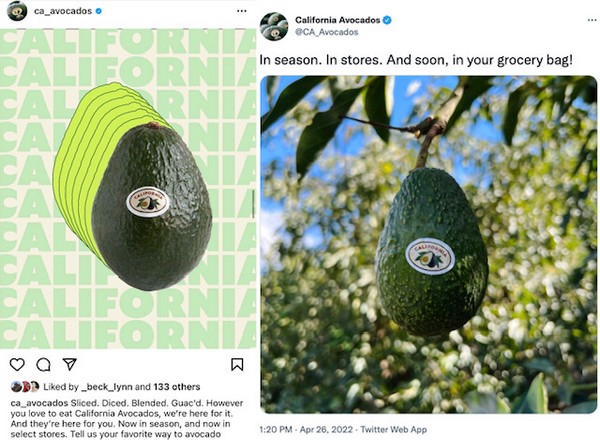 The Commission also partnered with celebrity chef and TikTok influencers Owen Han (2.8 million followers) and H. Woo Lee (1.1 million followers) on a social content series, “The Farmers Market Showdown.” The duo went to two farmers’ markets in Los Angeles – one in Hollywood for a land theme and one in Venice for a sea theme – to create recipes featuring the best of California’s
produce including California avocados. The Hollywood videos were posted on Owen and H Woo’s social channels in mid and late June and have already generated more than 2,300,000 views and 220,000 engagements, reaching nearly 9 million potential consumers.