The spreading of the Citrus Tristeza Virus (CTV) in Sicily has deeply affected the local citrus fruit cultivation. There is no district without entire groves being devastated by the virus, and companies are seeing their crops disappear and their incomes reduced to zero. However, the positive side is the fast varietal renewal, which keeps into consideration market and consumption demand, which is increasingly oriented towards excellent-quality and highly-pigmented fruits.

New clones are therefore being introduced, including Ipopolito, VCR or Iempso tarocco oranges. The latter actually have an outer pigmentation that is higher than the internal one. 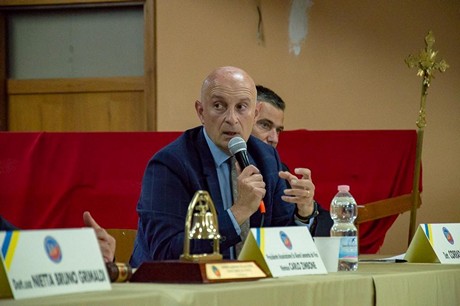 Many years ago, "Vigo" tarocco was found as a gem mutation in an old plant of tarocco oranges. After observing the mutation for a few years, it was decided to take the vegetable material and graft a few plants.

Corrado Vigo, agronomist and member of Consiglio nazionale dell'Ordine degli Agronomi, told us the story of this new clone. 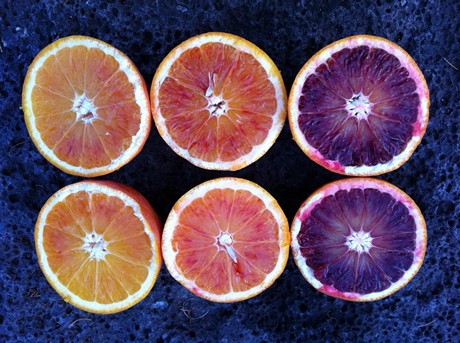 "A few years after my discovery and the propagation of the vegetable material, I realized that young plantlets had produced oranges whose characteristics had not changed. In particular, this variety needs few chill hours to precipitate anthocyanins, which leads to a high pigmentation that goes beyond red becoming purplish, even darker than Moro oranges yet without that flavor of 'older' fruit as, over the months, these oranges take on a flavor that is a combination between blackberry and raspberry." 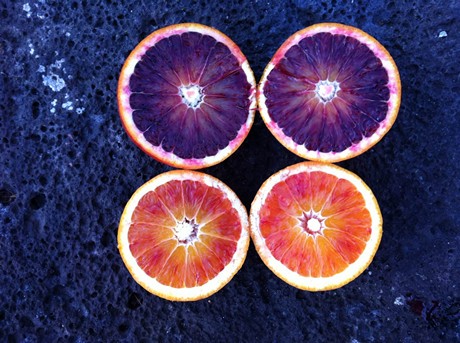 Tarocco Vigo (above), compared with a traditional tarocco orange in mid-January.

"The deep color develops already in mid-November, so highly-pigmented fruits can be available already in early December. In January, when traditional tarocco oranges have a deep red color, these ones are already purple. Another peculiarity is that, although the fruits are already highly pigmented and ready to be harvested in late-November or early-December, they can be harvested until March maintaining their color, flavor and juice yield unaltered." 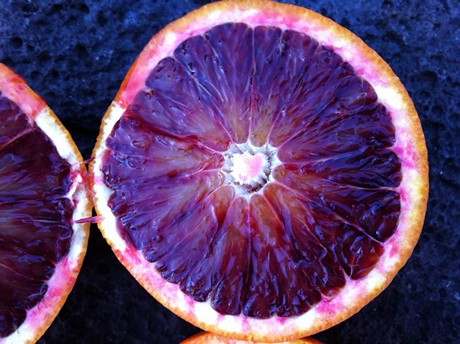 Vigo also reports having "handed over the vegetable material to the Agricultural department at the University of Catania - the Di3A, for varietal restructuring."

"Together with Dr. Paolo Rapisarda from CREA in Acireale, I handed over fruit samples every fifteen days to analyze their organoleptic qualities and assess the quantity of anthocyanins. A few weeks ago, Di3A returned some plants restructured from viruses and viroids, as well as a plant from a nucellar clone. I handed them over to a specialized nursery in the Catania area so mother plants could be prepared. At the same time, I patented the clone under the "tarocco Vigo" name at CPVO."

"I believe that it will be possible to order the first plants to be planted in the fall of 2023 already from next spring. I would also unfortunately like to report that, over the past few years, some small nurseries have sold tarocco oranges as "tarocco Vigo". No one has been authorized to do so yet, plus the relative vegetable material is not available yet, as no one knew the position of the original plants and the restructured material was handed over to me only on June 16th."