This year’s Hatch chile crop out of New Mexico is underway with strong supplies. “The crop is looking absolutely beautiful this year. We had a few light rains towards the end of June that set us back a few days,” says Preston Mitchell of The Hatch Chile Store in Hatch, New Mexico, noting that the cooler nights set the crop back somewhat by five to six days in terms of maturity. “But the quality is just beautiful. Everything that made it through the really intense wave of heat at the end of May and the beginning of June is just looking gorgeous.”

While overall acreage of Hatch chiles has declined in the state in the past 15 years, Mitchell says its crop will be up this year. “We’ve also seen an increase in yields per acre over the course of the last 15 years. In terms of tons, it’ll probably be a similar harvest to two years ago--last year was down a little bit due to weather,” he says. The Hatch chile transplants that are being harvested right now will be shredded after harvest and then have a second growing to provide a very late-season pick which generally finishes off the season at the end of October or early November. 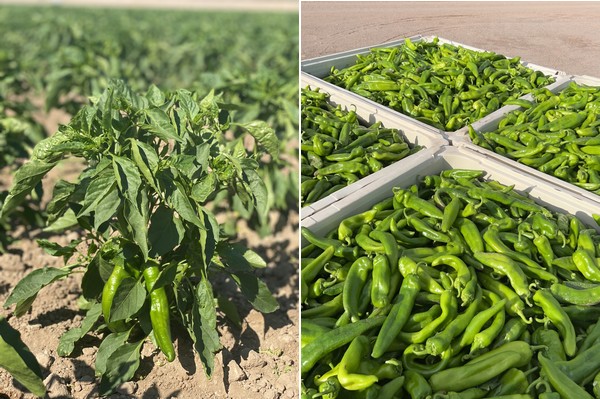 While supplies are relatively steady, Mitchell notes that the peak of the season in terms of quality is usually at the end of August into early September. That’s when the chiles generally have the least amount of tip burn and scarring. “That has to do more with the weather than anything else. The chile that’s coming off at that time is usually the ones with the flower setting after the big heat wave in June. So they’ve had a bit of a gentler experience than the chile that came off a little earlier than that,” he says.

Back to roasting events
To move the crop, demand on the wholesale side of the business looks particularly strong. “All of our customers, particularly those in California, are anticipating a good year again. In the last two years, a lot of our store roasting events were shut down either because of COVID restrictions or fires. We’re definitely ready to do these roasting events in person and get back to seeing people,” Mitchell says.

Interestingly, on the retail side of the business, demand is somewhat down from the peak COVID years. “We sell online and ship right to people’s doors and during COVID that business was through the roof and has come somewhat back down to earth,” he says. 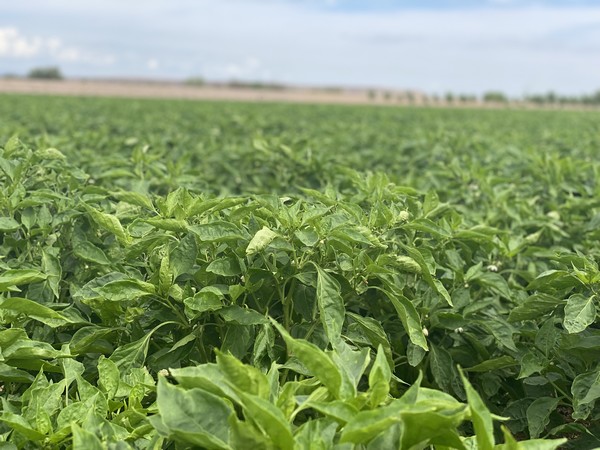 That general demand is strong though, even with the pricing increase of between 10-20 percent compared to last season and depending on pack type. “Fertilizer is up by double for example--all costs are up across the board,” Mitchell says, noting truck prices are also up, though availability doesn’t look to be an issue. And while costs are one challenge, accessing labor has been another. “Though our growers have shifted harvest crew labor to the H-2A program. We’ve just been unable to find people to do the job but the H-2A has been a blessing for our industry,” he says.