On July 13 and 14, the Organic Produce Summit was held at the Monterey Conference Center, downtown Monterey, California. Like in previous years, the event included Retailer & Buyer Field tours, educational sessions, and an afternoon trade show event. More than 150 companies exhibited on a sold-out trade show floor, and 1,700 people attended the event. "It was the highest attendance in the history of OPS," said Matt Seeley, CEO of the Organic Produce Network. "The support and turnout were tremendous," he added. 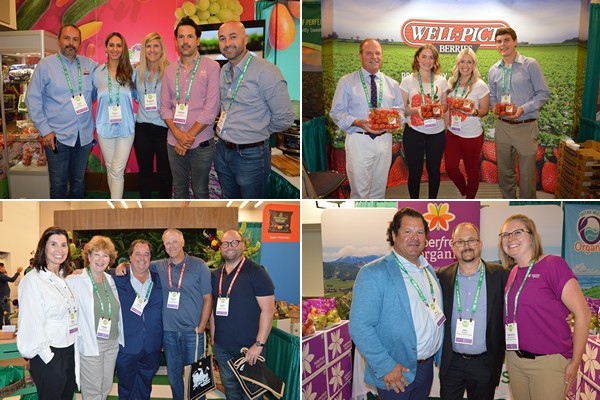 Retailers back in full force
Although most attendees had already attended events since the start of the pandemic, many said this was the first time it truly felt like normal with people hugging each other and not worrying about keeping a safe distance. Also, retailers were back in full force. "Retail attendance was very good," said Jerry Connery with California Giant. According to the Organic Produce Network, one in five attendees was a retailer, and the dedicated red lanyards that retailers were wearing were visible all over the show floor. It was busy all afternoon. "The show was a great opportunity to have one-on-one visits with retailers," said Don Roper of Honeybear Brands. "By far, this is our most productive show of the year," commented Mark Munger with 4Earth Farms. "First of all, Monterey is a great draw, but most importantly, everyone is focused on one segment, which is organics. We are all here for a common purpose, which makes it very efficient and effective."

Educational sessions
The afternoon trade show was preceded by educational sessions and keynote presentations in the morning. The first keynote was from John Ruane of the GIANT Company, who talked about the growth of omnichannel merchandising. David Katz of Plastic Bank discussed the impact of ocean plastic and the last keynote included a panel discussion on the future of grocery retailing. Matt Seeley of the Organic Produce Summit gave a big shoutout to Jeff Cady of Tops Market and Michael Schutt of Raley's for helping out at the 11th hour in putting together the keynote panel due to the absence of other panelists.

A key takeaway from the panel discussion is the many opportunities that lie ahead for the organic produce sector. The health benefits of eating (organic) produce are becoming increasingly evident. "The consumption of healthy food is far more effective than taking supplements," said panelist Walter Robb. "There is a huge opportunity for produce to be a medicine for health, and the organic segment is a cornerstone. Wellness is real, and I believe in five years, food and medicine will converge." 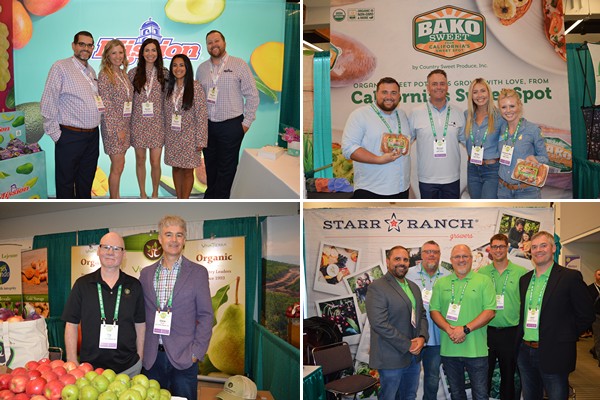 Click here to see who exhibited at the trade show.