"We are cementing our presence in the East Coast market with this new facility, providing us a bi-coastal presence that can serve the growing demand for our products," said Craig Hurlbert, Co-CEO. "We have seen strong demand for our produce varieties that are grown sustainably with sunlight, use 90 percent less water and land, and last three to five times longer in the fridge than traditionally-grown leafy greens."

The new facility in central Georgia fortifies Local Bounti's distribution with the ability to directly service 19 retail distribution centers within an approximate 400-mile radius of the facility. The East Coast presence enhances service to the company's customers and the approximately 10,000 retail locations it operates across 35 U.S. states and Canadian provinces. Further, the facility will provide additional capacity to meet existing demand from its direct relationships with retail customers, including Albertsons, Kroger, Target, and Walmart, as well as Whole Foods and AmazonFresh. 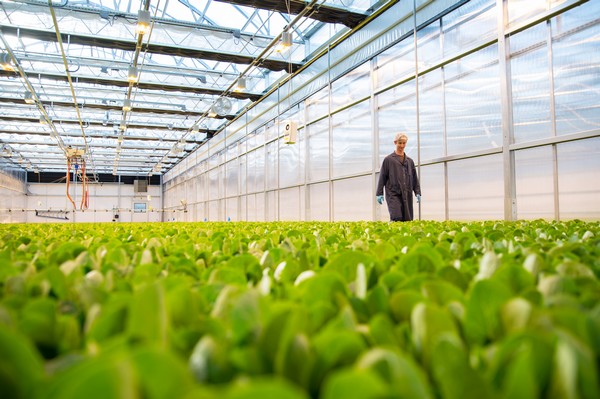 Local Bounti plans to install its Stack & Flow Technology™ at its facilities and is in the process of its initial planning to install Stack & Flow at the Georgia facility, which was acquired in the previously announced transaction with Pete's, to further expand revenue-generating capacity. The technology combines the best aspects of vertical farming and greenhouse growing technologies to deliver higher yields of diverse leafy greens with superior unit economics.

The company has started the expansion of the three-acre facility, which will double the facility capacity to six acres and has the opportunity to expand to 24 acres. It will initially use the three-acre facility to grow and sell its line of packaged salad greens. These include spring mix, butter lettuce, romaine crisp, green leaf, and other blends.

Plans are underway for a grand opening celebration on August 3, 2022, which will be open to the public. Attendees can tour the greenhouses, sample dishes created with the lettuces, and meet company executives and staff.

"We want Georgians to get to know us and see how our lettuces are grown," says Cook. "We are excited by the new opportunities that await Local Bounti as part of our expansion in Georgia."