Jan Gütinger at the beginning of the plum season:

With the arrival of the first goods from Bosnia, this year's plum season was ushered in at the beginning of July. Soon there will also be the first domestic fruits of the variety Cacaks Schöne. Based on the first signs, however, a rather challenging campaign is ahead, direct importer and long-time product specialist Jan Gütinger told us. 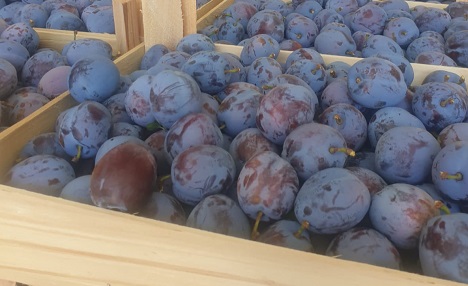 The first early product from Bosnia was sold relatively quickly. However, similar to cherries and strawberries, Gütinger also sees a certain reluctance to buy plums. "Demand in the food retail sector is currently lacking, and the same applies to the wholesale markets, where the first German early plums of the Katinka and Ruth Gerstetter varieties have already been marketed. In the fruit preparation sector, too, for example for bakeries and confectioners, demand to date has been rather restrained," says the fruit merchant, based in Rietheim-Weilheim.

Obst-Gütinger UG has been IFF-certified since last year and, thanks to its close partnership with DHL Food Logistics, is able to respond quickly and agilely to inquiries and market developments.

Threat of oversupply
According to current forecasts, there will be fewer Bosnian plums this year due to hailstorms and rainfall in June. Gütinger: "The weather has affected the yield accordingly, but nevertheless there should be sufficient quantities of the Stanley variety at the end of July. In addition, we can expect a higher proportion of large-caliber product this year." Meanwhile, the first shipments from Serbia are also expected to arrive in a few days. 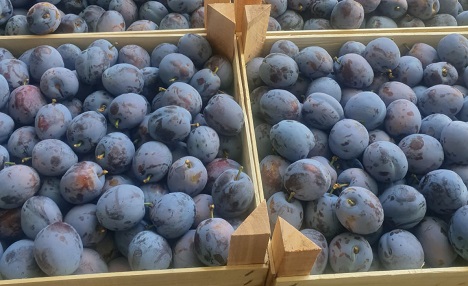 Despite cost increases, plum prices across the range are about the same as last year.

"In short, the Balkan season is starting slightly late this year, while the German plum harvest is getting going relatively early. Hungary should also normally already be present on the market. Accordingly, I am also concerned that all origins will hit the market in full at the end of July/beginning of August, which in turn would have a massive impact on prices. Taking into account the current slump in consumption, I see a difficult sales situation overall this year," Gütinger further predicts. 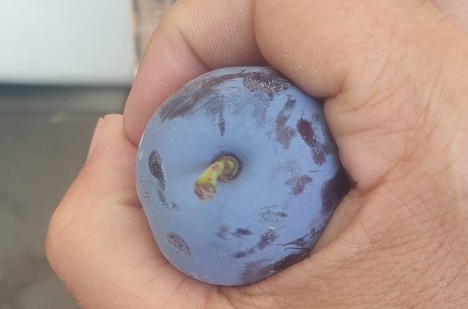 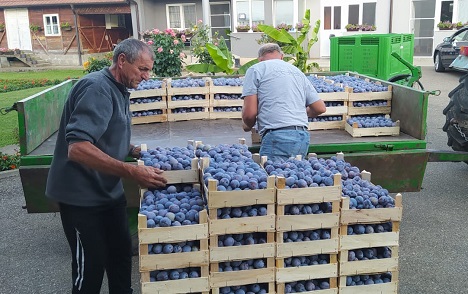 Both domestic and foreign stone fruit growers increasingly have hail protection, irrigation and other protective solutions to combat climate change. Thus, he said, consistent quantity as well as quality can usually be guaranteed.

In addition to domestic and Balkan plums, Moldovan plum production has also become much more important in recent years. "We have also been procuring Moldovan plums for about four years and have been observing a steadily growing demand, especially in the late sector, i.e. after the domestic harvest has been completed. This is because Moldovan plums can usually be marketed into October, depending on volume and quality. Otherwise, the plum has increasingly evolved from an autumn to a summer product."