The main topics in the conference sponsored by Confcooperative Verona and Fedagripesca Veneto, covered the labor crisis in agriculture, shortage of tools, legality and new scenarios. The event was organized in collaboration with Inail Territorial Directorate Verona and the Local Directorate of Labour on 8 July 2022. Many local cooperatives attended live and those from the Veneto region joined conference online. 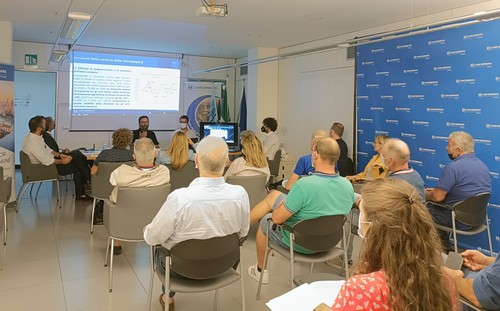 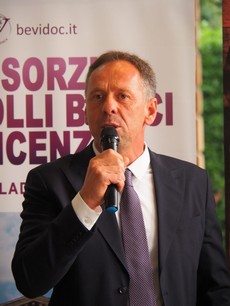 "The conference analyzed the state of employment within the agricultural sector, the enormous difficulties at the time of finding work that has been affecting the agricultural sector for several years and which is the main catalyzer to the infiltration of organizations dedicated to caporalato and exploitation," said the president of Fedagripesca Veneto, Silvio Dani (in the photo on the left).

"We have tried to analyze the different causes, whether macroeconomic, legal or social, that underlie this situation," confirmed the president of Confcooperative Verona, Fausto Bertaiola (on the 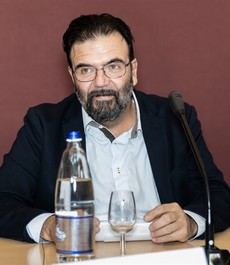 "One of the key factors concerns the enormous difficulty in planning the demand for labor in agriculture resulting from the impact of seasonality and external and unpredictable elements and agents on the production cycle, such as the impact of unfavorable weather and climatic conditions, production instability, the effects of phytopathologies, parasitic diseases, harmful insects and market trends. This element has generated an extremely significant index of variation in the employed workforce and ranges between peaks of +16% and decreases as high as 13%, which confirms the great volatility of demand between years in the last decade (source Veneto Lavoro - 2022)." 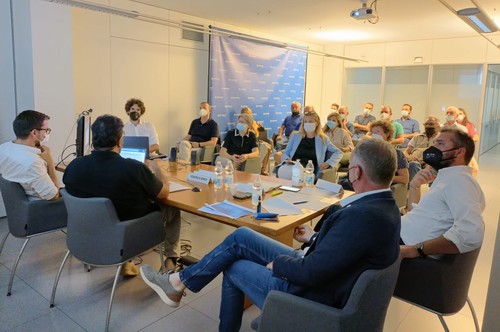 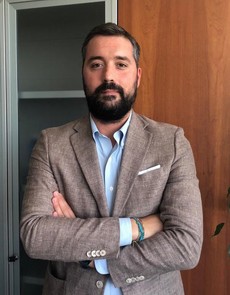 "Another factor causing the shortage of labor in agriculture concerns the level of attractiveness towards the seasonal work in agriculture, said the director of Confcooperative Verona, Davide Bulighin (on the left). "For years now we have been observing the growth of employment, in a first phase, towards EU workers and then, in a second phase, towards non-EU workers, also strongly accentuated by the block of intra-EU mobility in recent years (source Veneto Lavoro 2022).

It is clear that, within this dynamic, a proper planning of the admissions within the decreto flussi, an Italian law by which the government also regulates admissions for seasonal work in agriculture, is decisive. However, the risk is that there may be a phenomenon of underestimation of the demand that makes the instrument not perfectly fitting to the need for labor in the agricultural sectors, contributing to an increase in the employment deficit, currently estimated at about 100,000 at a national scale."

"In addition, the ability of our country to draw in foreign workers depends on the average wage levels applied and, above all, on the competitiveness of our system compared to the issue of the so-called tax wedge, which are factors that make the Italian system suffer stronger competition from other European countries," commented Silvio Dani.

"These are only some of the reasons that are causing a dramatic labor shortage within the agricultural sector. What is evident is the direct relationship between the lack of manpower and the influx of criminal organizations dedicated to illegal labor, including those who employ workers without regular residence permits. As a result, actions to counter the phenomenon must necessarily go through the work of public authorities, and at the same time, they need to be supported, on the one hand, by paths of raising awareness among farms and, on the other, by general policy measures aimed at removing the causes of this situation," continued Bertaiola.

"This phenomenon of illegal labor has raised serious concern considering that the outcome of the inspection activity carried out by the Local directorate of labour has shown the involvement of particularly vulnerable individuals within the cases of exploitation and that, unfortunately, very often live in degrading conditions," added the head of the Verona ITL's inspection process.

"There is a further element that should be highlighted," added Stefania Marconi, director of the INAIL National Institute for Insurance against Accidents at Work of Verona, " and that is the relationship between irregular work and safety. Where the former exists, the latter is de facto zero, with impacts in terms of social costs. It should be mentioned that in any case, the National Institute for Insurance against Labor Accidents provides protection regardless of the regularity of the relationship precisely because its purpose is to ensure the broadest possible protection."

"We are satisfied about the conference," continued President Bertaiola, "because it was highlighted that if we want to defeat illegal farming, all entities and institutions need to join forces on both suppressing illegal labor and appropriately raising awareness, so as to remove the root causes, such as first and foremost a dramatic situation of labor shortages, which make the agricultural system greatly exposed to the intrusion of criminal organizations, which are all too often using the legal form of false cooperatives or SRLS.

"Among the different solutions, there must be an overview and re-evaluation of the effectiveness of Italian active labor policies, which must have an efficient capacity to reform, retrain and reintegrate into the labor market people who are not employed instead of being a system that creates incentives to withdraw from it," added Silvio Dani.

"However, a serious and responsible reflection is also needed for the re-introduction of tools that nevertheless allow for the simplification of labor engagement, especially in sectors characterized by short-time employment, in order to provide greater incentives for certain activities in the agricultural production cycle," said Fausto Bertaiola.