British Columbia got a later start to this year’s cherry season. The delay is largely attributed to cooler weather during the spring that continued into mid-June. It resulted in delayed pollination and pushed back maturity and harvest dates. Harvest of the province’s crop began July 2, which is approximately two weeks later than usual. “We are one of the first commercial packers to harvest, pack and ship both domestically and for global export markets,” says Ricky Chong, CEO of World Fresh Exports. “Usually, we start June 14th–18th in the South Okanagan valley.” 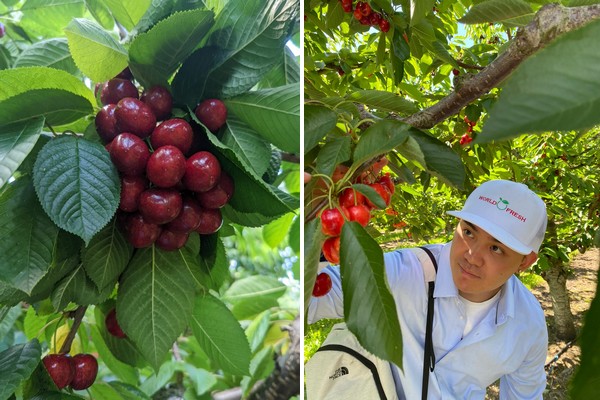 Large fruit size with high Brix
However, the outlook is positive. “Despite the late start, we anticipate a fantastic season ahead. The fruit size has especially benefitted from the extra time on the trees. Most of our fruit will average 9.5 Row (=28MM) and larger. We will be offering a 7.5 Row (+36MM) carton of cherries next week too, when we start packing our Lapins,” Chong commented. “In addition, sugar levels are already testing plus 18 on varieties seven to twelve days away from harvest,” he added. Volumes on the other hand have been affected by the cooler spring temperatures during pollination and Chong estimates a 70 percent crop this season. 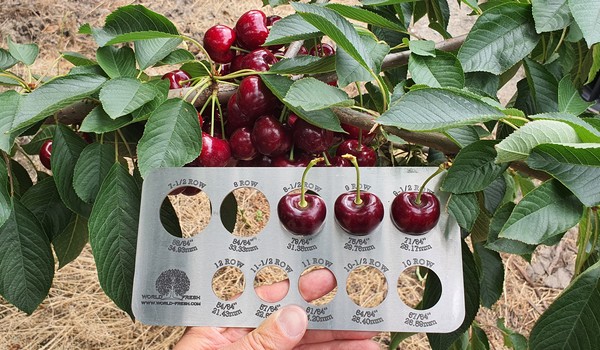 Unprecedented demand
The early finish in Turkey and diminished Washington cherry volumes, has resulted in many of World Fresh Exports’ long-time customers in Asia, Europe, and the Middle East reaching out early to set up cherry programs. “The Autumn Moon Festival in Asia is very early this year (September 10th), creating unprecedented demand for Canadian cherries. We value our customers and their continued support, and our goal is to create a happy balance in all markets,” Chong commented. While Asia, Europe, and the Middle East are the strongest markets for World Fresh Exports, this season the company has increased its US distribution with more clamshells and pouch bags to supermarkets. “During the Domestic off-season, we expect to continue shipping larger volumes of cherries to the US and Canada from our orchards and partners in Chile, New Zealand, and Tasmania.”

The focus will continue to be on e-commerce and retail packaging as it requires less handling for our customers at the warehouse and store levels. This could include dropping a retail ready pallet on the floor in the produce department or by the entrance. Another example are e-commerce direct-to-home gift boxes. “These programs have been a big plus for us, and our customers are loving it,” Chong said.

The state of shipping
With Canadian cherries making their way across the globe, shipping rates have a big impact on cherry pricing. “We are still contending with ocean shipping rates 100-200 percent above pre-pandemic levels. Airline rates are also unusually high, which makes our fruit unaffordable in a few foreign markets,” Chong said. “In a normal season up to 60 percent of our fruit is shipped by ocean on 14-28 day voyages. Ocean delays that were created by the pandemic had dropped the percentage of vessel shipments in 2020 and 2021. However, the good news is there’s a slow return to normalcy as port congestion and transit times have been improving in the past four months.” 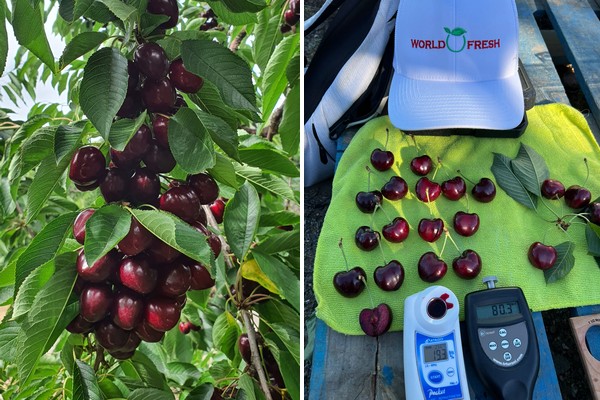