Lime pricing coming back down makes for steady movement

Supplies of limes are steady and ample enough to meet the demand. “There’s enough supply to where it’s not doing any detriment to a price point or to the market and it’s pretty much the same volume as previous years,” says Jason Stros of Santis Produce.

Currently, Santis is pulling limes from four locations in Mexico: Veracruz, Puebla, Jalisco and Michoacán, all of which it sources limes from at various points year-round.

As for quality and sizing, Stros says shippers can find pretty much almost anything out there. “To generate a premium product you have to put the effort in terms of repacking,” he says. “The quality that’s originally being put in the box is great and then once it arrives in the U.S., we still do a run on that fruit to get the quality fruit that generates the highest dollar in the market.” He adds that the product off the tree is good with consistent sizing and color. 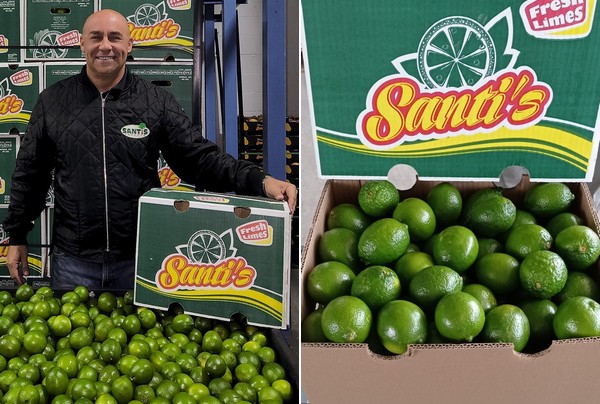 As for quality and sizing of limes, Jason Stros says shippers can find pretty much almost anything out there.

Balancing sizing
Meanwhile, demand for limes is also steady. “It seems like everyone wants the larger size on demand. Oftentimes if you have someone who wants to take your 175s and 150s, you have to use that to help move your 230s and 250s. It all balances itself out,” he says.

As for pricing, Stros says it’s where it needs to be. “You don’t want it to be at a $30 premium. If you can maintain that lesser than $20 price, it’s the safest route to go,” he says, noting that the higher lime markets such as a $60 market come with the expectation of a high-quality lime. “If it’s not a perfect lime, that’s a risk,” he says. This pricing has also come down from just a few months ago when prices spiked in the marketplace. “Pricing did what we all hoped it would do and that is get back to a settling point which is where we’re at right now.”

Looking ahead, Stros hopes for more of the same movement until just before school starts back up, which tends to change consumer buying habits again. “So rather than buying in bulk or more sporadic buying in the summer, the restaurants will slow a bit and more retail will be driven again.”