A growing number of consumers are choosing the melon and watermelon halves format, a trend that Vicente Peris detected seven years ago and that led him to incorporate this product into its IV range catalog in 2016. 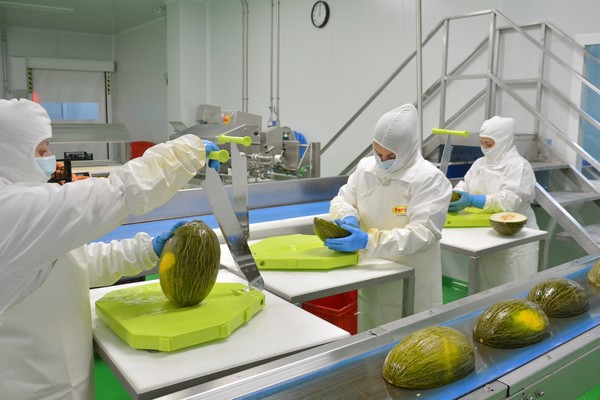 The melon and watermelon halves generated 13% of the Valencian company's turnover from their IV range division in 2021. The IV range, in turn, accounted for 34% of Peris' sales over the past year.

Peris has tested the market and, according to their conclusions, the preference of these formats by the consumer is due to various reasons. On the one hand, there are increasingly smaller family nuclei, to which these halving formats facilitate consumption. On the other hand, the savings involved in buying a portion rather than the whole fruit is also something that some users prefer. They also like to see the interior appearance of the fruit, which gives them more security when choosing. 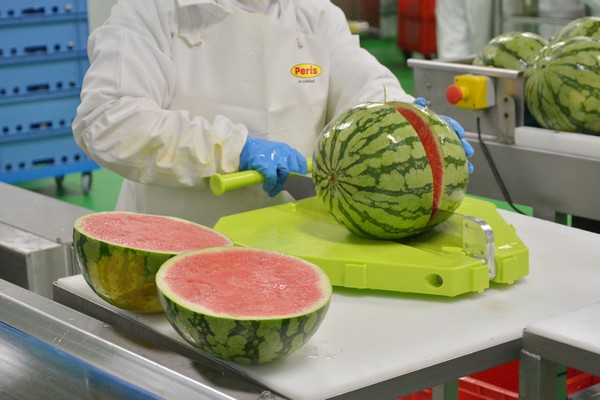 Food safety in melon and watermelon cutting
Food safety is one of the most sensitive and important aspects for the company both in the work of melon and watermelon halves and in the production of any of its IV range products. That's why the process is carried out in a clean room, a 400 m² space where workers handle the product following the appropriate methods, sanitized utensils, and work surfaces. This room is maintained at an ambient temperature that does not exceed 8 degrees and its air is constantly renewed by microfiltration.

The working procedure with melon and watermelon halves is completed with the protection of the fruit by means of a heat-shrink film, which is incorporated in a mechanized way in that same room. This allows using a minimum amount of this polypropylene plastic, which is also recyclable. 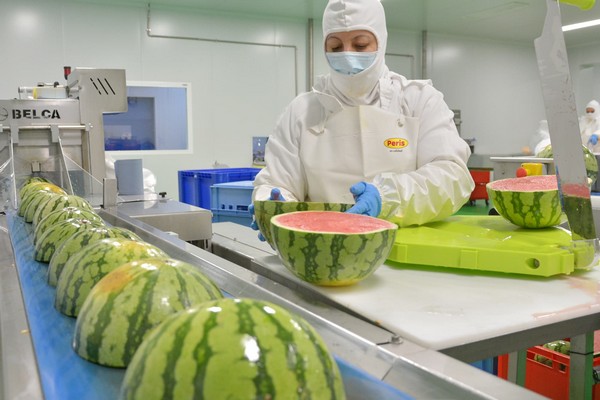 The film is sealed for food safety reasons and to extend the fruit's useful life. It also prevents the loss of juices and allows for the appropriate handling and transporting of the products.

So far, it's not mandatory to perform this task under cold conditions or to keep the cut fruit refrigerated. However, the sector expects new rules that will regulate these processes to reduce the risks of food poisoning.