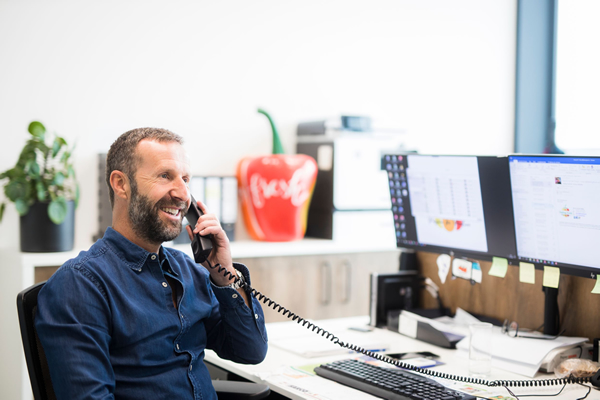 This weak euro is causing concern among many importers, not so exporters to North America. "For those of us who quote in dollars, the current exchange rate is highly favorable. Compared to last year, it's a difference of no less than 19%," confirms Marcel van der Pluijm of Feeling Fresh. This Dutch exporter says he checks the exchange rate a few times a day. "Now it's in our favor, but we know it can be the opposite too."

"Added to that, after two years, air freight tariffs on the Atlantic route have finally begun falling, even by 30% in the last two months. That, combined with the exchange rate, means we're now, fortunately, exporting more again. We're certainly not yet at the level of a peak year like 2016. But at least more bell peppers, eggplants, and chilies are leaving again," Marcel concludes.