Due to late rain in Limpopo during March and April, instead of during the more usual rain months of January and February, as well as cool growing conditions, sweet pepper volumes on the market are lower. 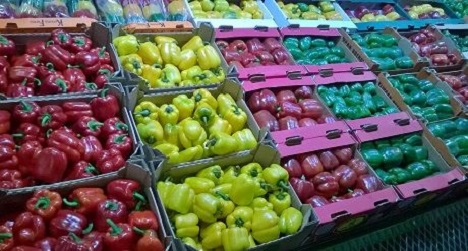 Prices for sweet peppers are 105% higher than this time last year at R20 (1.16 euro) per kg, reports AMTrends.

Green pepper prices are "very, very good" at the moment, and demand is also strong, but red and yellow pepper prices have fallen this week and aren't as strong as for green, a sweet pepper grower points out.

"Peppers planted in January and February got all of the rain when they shouldn't have been getting it, plus June was a cold month, so the plants aren't looking so good," remarks a pepper grower north of Soutpansberg.