"Greek peaches had never been seen before in Mercabarna"

The stone fruit campaign is underway in Lleida with little activity in the sector due to the low supply of fruit. And the fact is that, while last year was already a year with little fruit in the stone fruit producing areas of Catalonia and Aragon, this year records are being broken, as far as low volumes are concerned, with a loss of more than 70% of the productive potential due to the impact of frosts.

"Unlike last year, when neither the producing areas in the north of Lleida, nor the later areas of Aragon were affected, this year all the producing areas in the northeast of Spain have been seriously hit," says Xavier Juvillà, manager of Viyefruit, based in the town of Alcarràs, Lleida. "Also, last season, producing countries such as Italy and France had a lower supply than us, and Greece did not have much supply either, while this year all countries have enough production," he says. 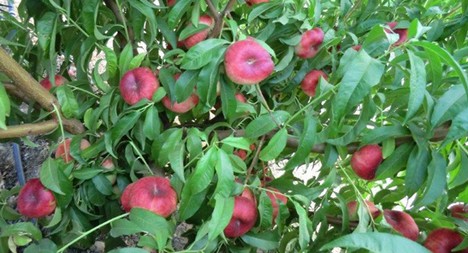 "At the start, many companies in Lleida have been working with fruit from Murcia and Badajoz, but at this time, when this area should be leading in terms of volume, we have a historically low production. Never before had we seen Greek peaches in Mercabarna until this year," says the grower and marketer.

The activity of the sector in Lleida is, therefore, very low compared to a normal year. "We are working fewer hours. While we normally have two fruit packing lines in our head office, this year we have only opened one. There are companies that have not even opened their packing houses this year. Besides, those of us who are still working are doing so dealing with fixed costs that have increased significantly, making profitability unfeasible, considering the amount of fruit we have. This year, 80% of the stone fruit production in Lleida will have been harvested by August."

Although stone fruit sales are lower this year, prices are considerably higher, especially on supermarket shelves. "The large retail chains have raised their prices to regulate consumption and ensure that there is always fruit on the shelves," says Xavier.

The first pears of the season are starting to be harvested while the old stocks supply is still too high
As for pears, another of the most representative fruits in Lleida, the frost damage has not been as severe as in the case of stone fruit. "About 25% of the pear production has been lost this year, although almost 25% of the fruit has suffered quality losses due to the impact of the cold and cannot be harvested as first class, or will suffer problems during storage, so it will be difficult to extend the campaign, as in other years," says the producer. 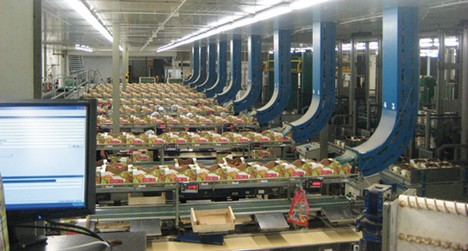 Both pears and apples have been recording really low prices in what is considered a catastrophic campaign, as these do not compensate for the dramatic rise in costs. "We are getting calls to start with the new Ercolini pears, which we are already picking, or the Limonera pears, which we will start selling next week. As usual, our customers are always interested in new products. However, the volumes of stored Conference pears are really high at this time of the year. The market prefers to pay more for the new season pears than for the cheaper Conference pears in storage. They are proving almost impossible to sell.