Picota cherry season off to a good start

The Spanish Picota cherry season runs from the end of May/ beginning of June, until early August. The first arrivals on the UK market this season were around 20th June.

In 2019 2,000 tonnes of Picota cherries were sold in the UK and in 2020 and 2021 3,750 tonnes were sold. The estimated volume for 2022 is the same as the last two years. The growers’ association Agrupación de Cooperativas Valle hope to harvest over 5 million kg, of which 40% will go to the UK, thus making it the main market for Picota.

200km west of Madrid, the Jerte Valley cuts through two granite mountains, near the northern border of Extremadura and is home to eleven small towns, all of which have been associated with cherry-growing since at least the 14th century. Every spring, the deep green valley is turned white as over one million cherry trees burst into blossom. 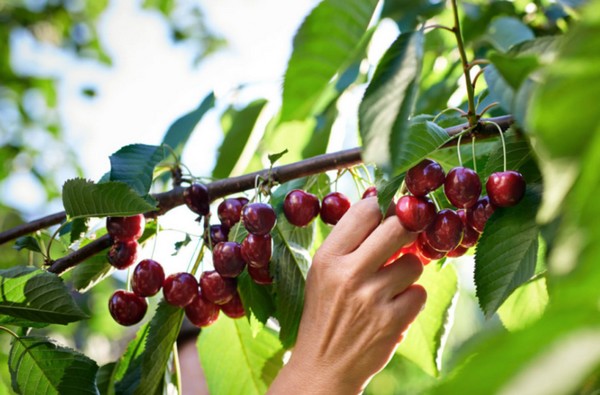 Following a century-long family tradition, Picota cherries are grown on terraces carved out of the high mountainsides of the valley. Their blossom and subsequent harvest follow a natural growing season, meaning that the arrival of these cherries varies slightly year on year. In order to flower, the cherry trees must accumulate between 800 and 1,000 cold hours, meaning that they generally blossom sometime between the end of March to the beginning of April with their fruiting season lasting from June through to the beginning of August.

"Only once the cherries have reached optimum ripeness, are they harvested from the trees, with their stalks being left behind. This process results in the most identifiable characteristic of the Picota, as Europe’s only naturally stalkless cherry. The Picotas are then hand-sorted on a classification table, at the foot of the tree, before being transferred in traditional chestnut-wooden baskets and undergoing rigorous quality control," said Agrupación de Cooperativas Valle Del Jerte’s export manager Miguel Ángel Durán.

"Here, only the best cherries are given the seal of Denomination of origin ‘Cereza del Jerte’ before continuing to their destination, meaning the fruits which reach customers are of the highest quality. Aside from being stalkless, the Picota can also be distinguished by its deep reddish-purple hue, its fleshy, crunchier texture than other cherries and its longer shelf life compared with other cherry varieties." 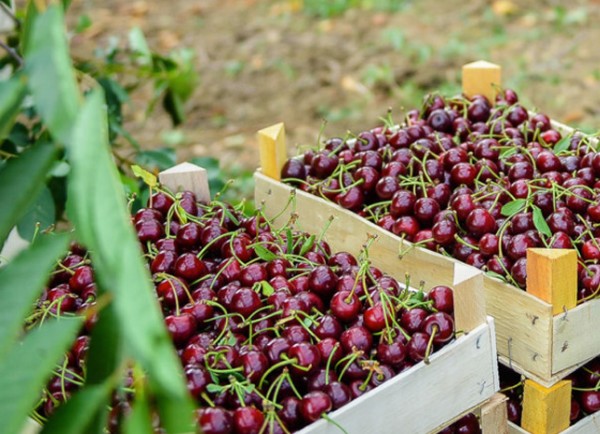 The Picota cherries were showcased to the UK trade sector last month as part of a summer promotional campaign to boost awareness and consumption of the premium fruit. The guests included Picota retail buyers, importers, trade press, representatives from the Spanish Embassy in the UK and the Spanish Chamber of Commerce.

The objective of the event was to inform the trade audience of the many benefits of the stalkless European Picota cherry. Whilst slightly smaller than other cherry varieties, Picotas are sweeter, firmer and have an attractive deep red appearance. Despite their exceptionally high quality, the Picota is sold at a competitive price point and is regarded as an affordable, healthy, and versatile product that is perfect for snacking or adding to a wide variety of sweet and savoury dishes.

“We are only at the start of the season but feel very optimistic about the quality and volumes meeting expectations this year,” said Miguel Ángel Durán.