Hermann Albers Obst & Gemüse Lts has been in the business for almost 100 years, offering fruit, vegetables and herbs all year round on a sales area of 750 m2 at the Hamburg wholesale market. The Hermann Albers company has been present in the halls in Hammbrook since the very beginning. The current managing director Ralf Albers is the fourth generation at the wholesale market. He spoke to us on site about his current carrot range.

Exclusive, colorful bunch carrots
"Between the beginning of the month and mid-June, we started the season of bunch carrots from northern Germany. More precisely: from the Verden area on the Aller River. We have been working with the producer there for a good ten years, as he grows excellent carrot varieties. We receive 30 to 40 pallets per week, which corresponds to about 12,000 bunches. We even receive the colorful carrots exclusively. Even though these are not a particular volume item, they are becoming increasingly important," says Albers.

In the meantime, Albers will have German bundled carrots on offer until Christmas. In the summertime, he says, the wholesale business generally sources a lot of produce from northern Germany, which is sold primarily to wholesale customers. "We market very large bunches, which are somewhat higher in terms of price segment. For the carrots, however, we also have very many regular customers. These include, on the one hand, individual retailers who rely heavily on regional goods because the carrot also knows how to convince in terms of taste. Otherwise, demand is very good, as in previous years," says Albers.

Good quality, good demand
"We do not supply food retailers, but mainly the weekly market as well as specialist retailers. We also sell the carrots to the catering trade, especially the colorful varieties, as these are visually very appealing." The qualities are good, he said, except for the fact that the carrots have been somewhat lacking in water lately. "But both the carrot greens and the carrots have done well."

Price increases caused by high production costs - read: fertilizers, machinery parts, crop protection, etc. - are difficult to convey to consumers through the trade channel, Albers said. "Consumers will not reward the higher prices. What we should actually achieve, just for the producers, we can hardly realize this year. I hope many won't fall by the wayside or give up growing altogether." Ultimately, demand determines the price, he said. 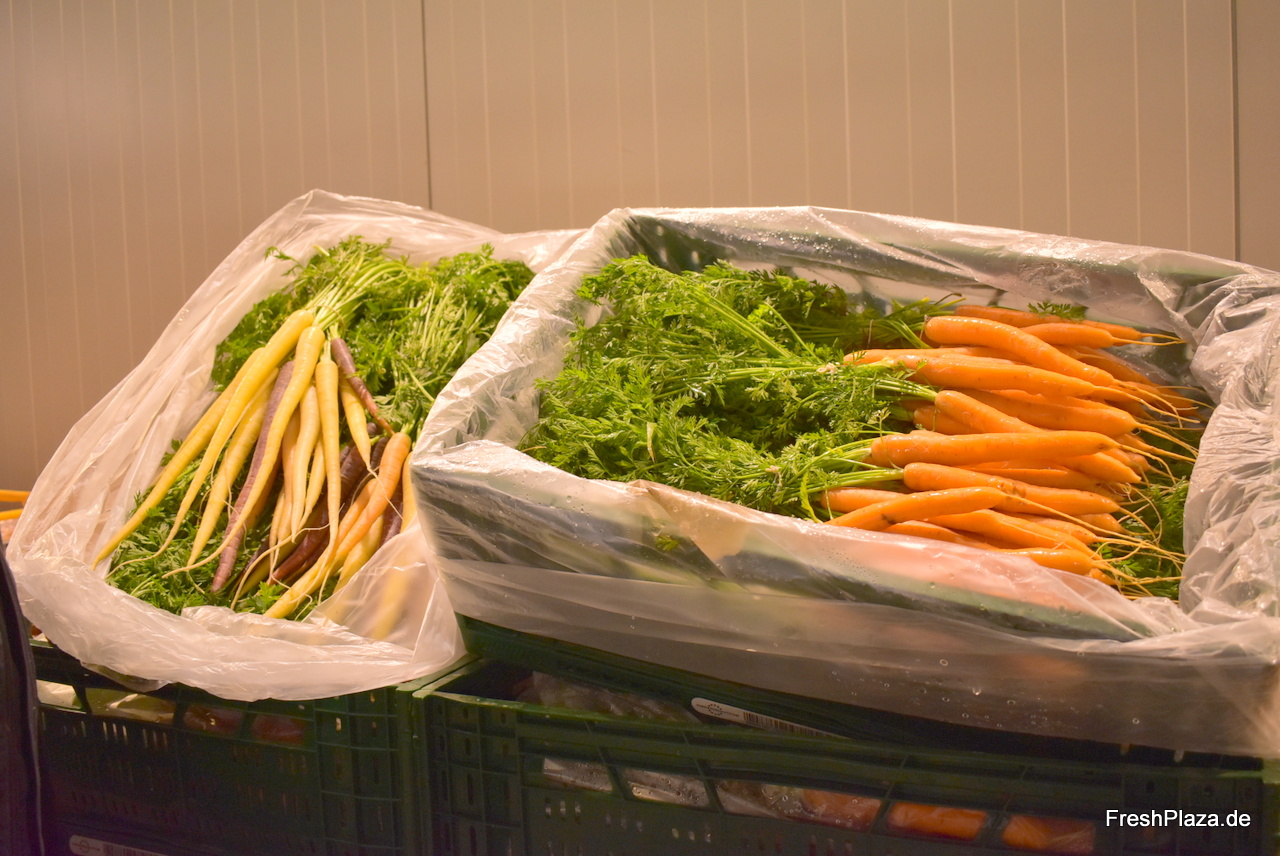 Convenience area down
"Depending on the weather, we sometimes have an oversupply of certain products that we have to market accordingly. After all, these are vegetables, not bolts that can be left on the shelf for months. The fresh produce has to be sold promptly." Although the company is trying to keep other marketing channels open, many of them are already contractually agreed. Apart from that, the convenience sector, for example, has tended to decline in the last two years.

No more "strong" weeks
A general trend, that has been apparent in the retail trade for some time now, according to Albers, is that there are no longer any strong sales weeks in the sense that there used to be. Albers: "If, for example, a particularly large amount of cauliflower has been harvested, it used to be possible to sell a lot of cauliflower in the respective weeks. But now we find a constant business at the vegetable market, which means that cauliflower, carrots, etc. are available almost all year round. So there are no more peaks. Even with strawberries and raspberries, it has become rarer to have weeks where you have to 'step on the gas', so to speak, with the price. The market just doesn't take it that way these days. In the younger generation, it doesn't matter anymore anyway."

The same problem can be seen with asparagus, he said: Until now, traders and producers have always included a core period of 10-15 days in their calculations, during which particularly high sales could be achieved by means of overproduction. In the past, the market was still receptive to this. "But that's no longer possible today, because food retailers always need 10-14 days' lead time, which is not always plannable for overproduction. However, the short sales channel for overproduction, for example via wholesale markets, is no longer as strong today."

Responsibility of the retailers
Since retailers are the largest buyer of fruit and vegetables of all, Albers also attributes a correspondingly special role to this clientele: "Retail accounts for 80% of the food industry. Therefore, it also has the responsibility to market the products accordingly and likewise to find marketing channels for the surpluses."